What College Football Team Did John Wayne Play For? 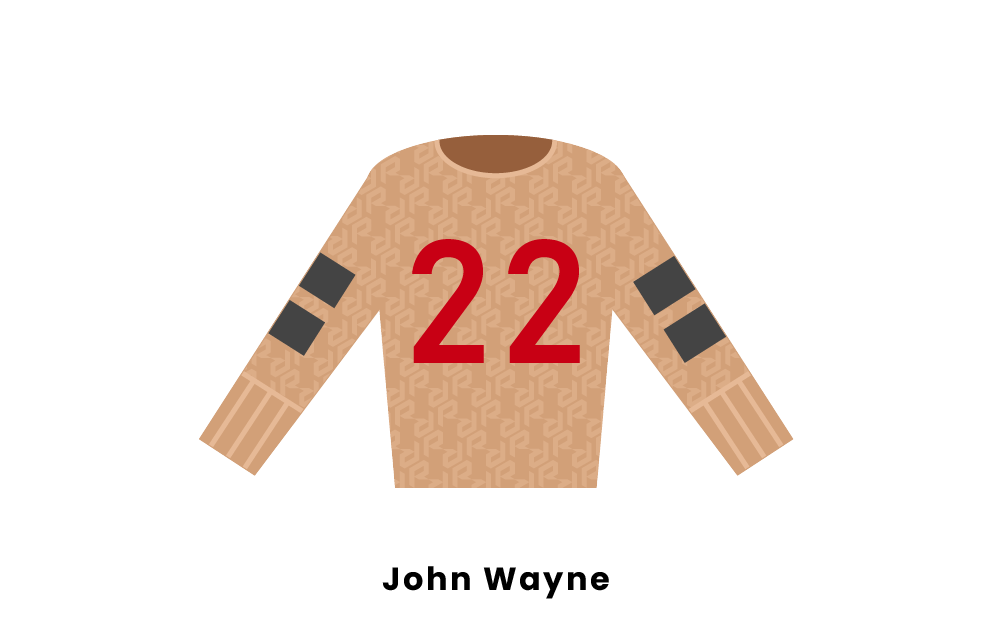 One of the most popular actors of his era, John Wayne was a legend in American filmmaking. He played several strong, masculine characters throughout his time as an actor in some of the most famous Old Western movies of all time. Prior to his acting days, John Wayne was a college football player for the University of Southern California for much of the mid-1920s. Read on to learn more about John Wayne’s college football career.

John Wayne was born on May 26th, 1907, in the small town of Winterset, Iowa. His birth name was actually Marion Michael Morrison; he only became John Wayne once he became an actor. His family moved to California when he was six years old, where he spent much of the rest of his life.

His work ethic was apparent at an early age. During his teenage years, he would get up at 4 AM to deliver local newspapers before attending school and playing for his high school football team after school. He had hoped to attend the U.S. Naval Academy. After high school, he was not accepted into the school. He then decided to attend the University of Southern California (USC) instead and play for the football team there.

Standing at 6’4”, Wayne was a tall and powerful man, especially for his era. It is thus no surprise that USC gave him a scholarship to play on their football team as one of their offensive tackles. His scholarship was only $280 per year, so Wayne had to earn extra cash in some other fashion. He and some of his teammates began working for nearby Fox Film Corps as extras and stuntmen in their movies to earn some money on the side. These were the humble beginnings of Wayne’s acting career.

As for his football playing days, Wayne did eventually play for the varsity team at USC his sophomore year after playing for the freshman team the previous year. Prior to his junior season, however, Wayne suffered a collarbone injury while body surfing at Newport Beach. This effectively ended his football career.

Upon leaving USC following his football injury, Wayne focused on acting full-time. He first began taking smaller roles in small films from his friend/director John Ford in 1928. In 1930, he took on his first lead role in a film called The Big Trail. This is also where he officially became known as John Wayne, leaving behind his birth name of Marion Michael Morrison. Between 1930 and 1938, Wayne was the star of several small films before getting his first major role in 1939. That year, Ford cast him as the Ringo Kid in the now-famous Old Western Stagecoach. Another one of his most famous roles was his role as Olsen in the 1940 film The Long Voyage Home. During World War II, Wayne appeared in several movies that were meant to entertain soldiers overseas. These included They Were Expendable (1945), Fighting Seabirds (1944), Back to Batman (1945), and Flying Tigers (1942). Throughout his remarkable career, Wayne starred in 169 films over five-decades from the mid-1920s until his final role in The Shootist in 1976.

Pages Related to What College Football Team Did John Wayne Play For?