What Are The Oldest NFL Teams? 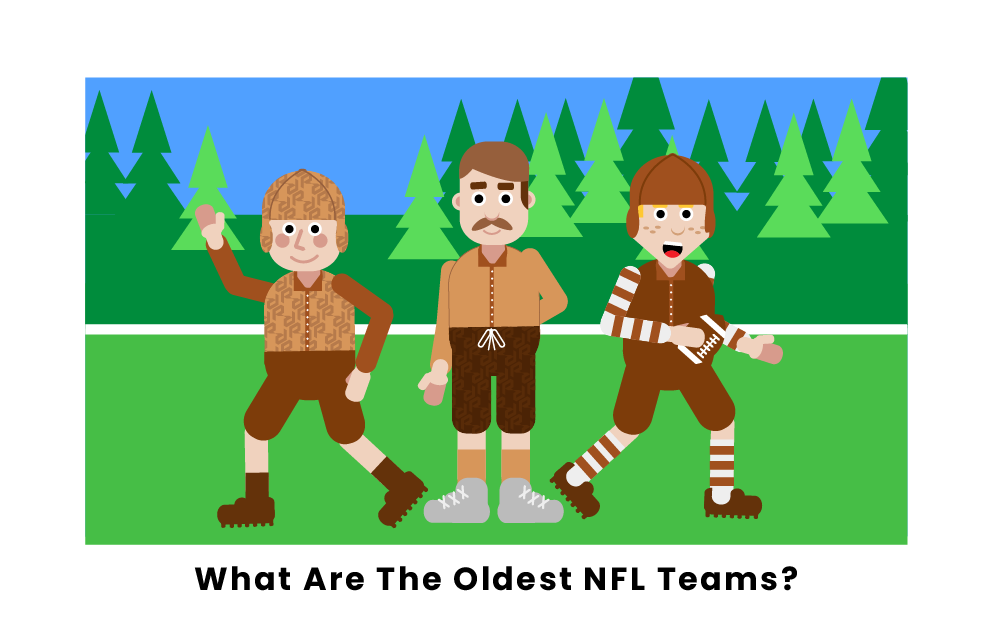 While the first American football game was played in 1869, an organized league was not created until 1920. The league was originally named the American Professional Football Association (APFA) and was renamed the National Football League (NFL) in 1924. It was formed by ten teams, two of which are still playing in the NFL.

What Are The Oldest Teams in the NFL?

The Cardinals have yet to win a Super Bowl title, but were able to win two NFL championships before the Super Bowl era while they were still based in Chicago. The Bidwill family bought the team in 1932, and almost one hundred years later, they are still at the helm of the franchise despite the relocations.

The Green Bay Packers were founded in 1919, making them the second oldest NFL team. The franchise has been based in Green Bay and kept its name throughout its entire history, creating one of the most loyal fanbases in the NFL. The Packers joined the NFL (known as the APFA at the time) in 1921 and are the only team in the five major leagues in the US to be owned by their fans.

Since they started playing in the NFL, the Packers have been one of the winningest teams in the league, bringing home eleven NFL championships and four Super Bowls, thanks to three of the greatest quarterbacks of all time: Bart Starr, Brett Favre, and Aaron Rodgers.

The Staleys moved to Chicago after two seasons in Decatur and changed their name to Bears as they were bought by Hall of Fame coach George Halas, who would go on to win eight NFL championships as the head coach and owner of the team. Unlike the Cardinals, the Bears never moved from the Chicago area. The Chicago Bears won their first and only Super Bowl in 1985.

The New York Giants are the fourth oldest NFL team and were founded in 1925. The team has always been based around New York and has kept its iconic name throughout its history. The team is owned partially by the Mara family, and the Tisch family acquired the other fifty percent stake in the nineties.

The Giants have made the playoffs over 30 times in their history, winning four NFL championships and four Super Bowl titles, with their most recent coming in 2011.

The Detroit Lions are the fifth oldest in the NFL, as they were founded in 1929 and started playing in the league the following year. After playing three seasons in Ohio as the Portsmouth Spartans, George A. Richards, the owner of Detroit-based radio WJR, acquired the franchise and moved it to Detroit, switching the team’s name to Lions.

In 1963, the Lions were bought by the Ford family, who still owns the team today. Despite being one of the oldest teams in the league, the Detroit Lions have never appeared in a championship game since the Super Bowl was created in 1967.

What Is The Oldest NFL Team?

The Arizona Cardinals are the oldest team still active in the NFL today. They were founded in 1898 and, along with the Chicago Bears, are the only two founding members that still play in the league.

Pages Related to What Are The Oldest NFL Teams?