What Are Rushing Yards In Football? 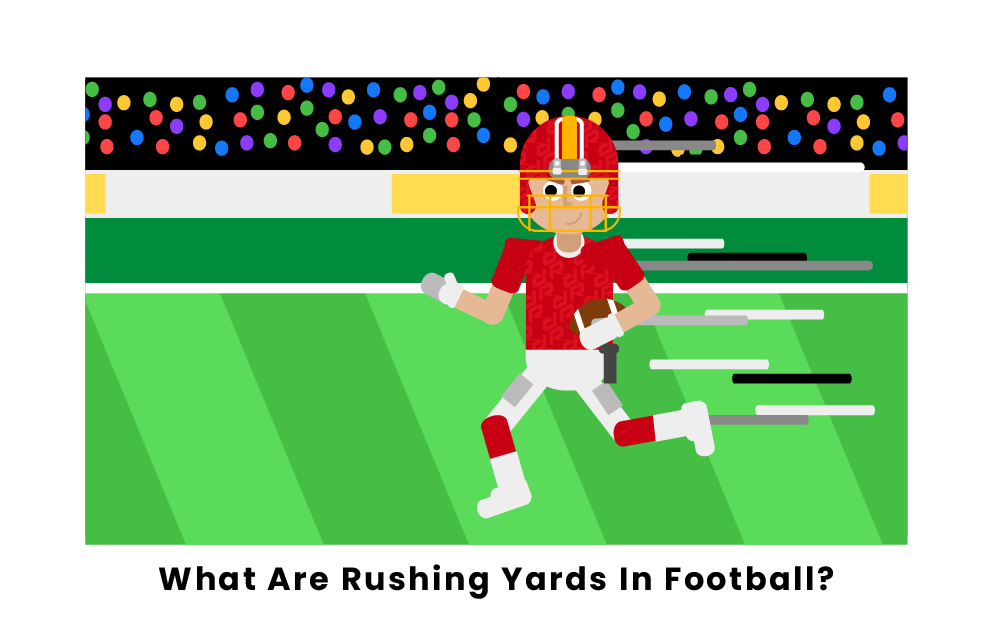 In football, rushing yards are simply the number of yards a player runs with the ball in their hands without receiving a pass. Running backs typically collect the most rushing yards on their respective teams. However, quarterbacks can also register rushing yards by deciding to run instead of throwing the ball or handing it off. Although wide receivers usually receive passes from the quarterback, they can also rush for yards in the instance that the quarterback hands them the ball.

How Rushing Yards are Calculated

Rushing yards are calculated by adding up the number of yards a player collects each time they run the ball. Statisticians can add up those numbers to determine how many yards a player or team rushed for during a specific game, season, or all-time. A player’s rushing yards per game can be determined by adding up their total throughout the whole season and dividing it by the number of games they played. For example, Derrick Henry of the Tennessee Titans led the NFL in rushing yards per game with 117.1 in the 2021 season. He rushed for 937 yards in eight games, and 937 divided by eight equals 117.1. A player or team can receive negative rushing yards if they run the ball and are stopped by the defense before reaching the line of scrimmage (the line that marks where the previous play ended). For example, if the line of scrimmage is at the 23-yard line and a player runs the ball, but is pushed back to the 25-yard line, they receive -2 rushing yards.

The Difference Between Rushing Yards and Receiving Yards

Below is a list of the top 10 all-time rushing yards leaders in NFL history:

Pages Related to What Are Rushing Yards In Football?