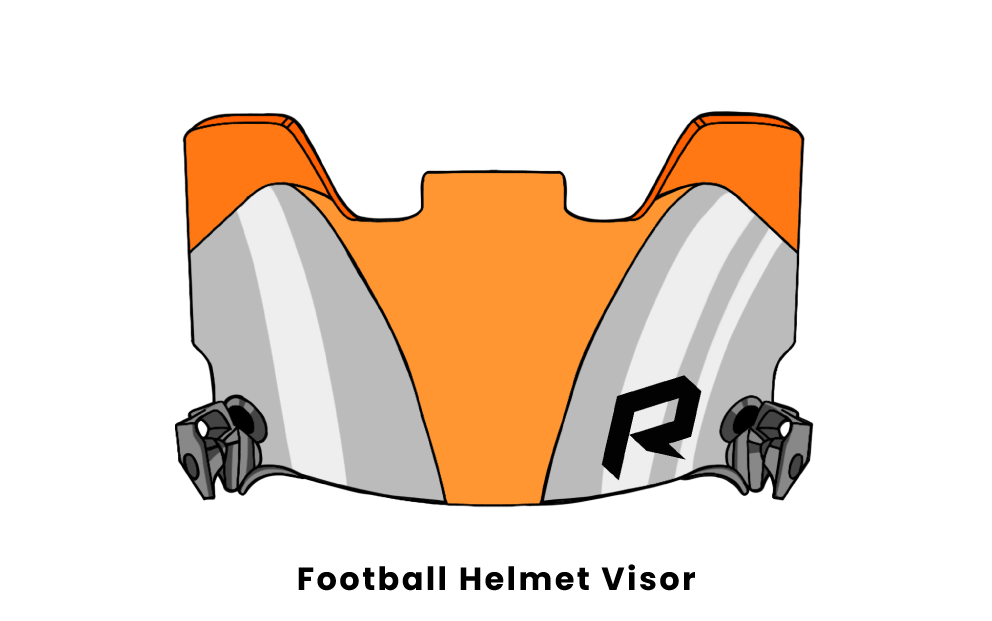 Visors are a crucial piece of equipment for football players because they protect from injury, glare, and UV rays. Football visors come in a variety of different types and brands, which benefit players in different ways. It is important to consider their durability, cost, and league regulations for each type.

There are numerous benefits to wearing a football visor; the curved piece of polycarbonate material protects players from injury to the eyes, reduces glare, and protects them from harsh sun rays. Depending on the type of football visor purchased, visors can even aid quarterbacks by hiding their potential target from opponents as they won't be able to see where the players' eyes are moving. Many players enjoy wearing visors because they dull the brightness of the sun and allow for a better view of the field. However it is important to consider the league requirements regarding certain types of visors, as some tinted visors are not allowed in specific leagues.

When looking for football visors, you'll want to consider the following:

What are you looking for in a football visor?

The most common types of football visors include clear, polarized, and tinted visors, which are all typically made out of synthetic materials such as polycarbonate. 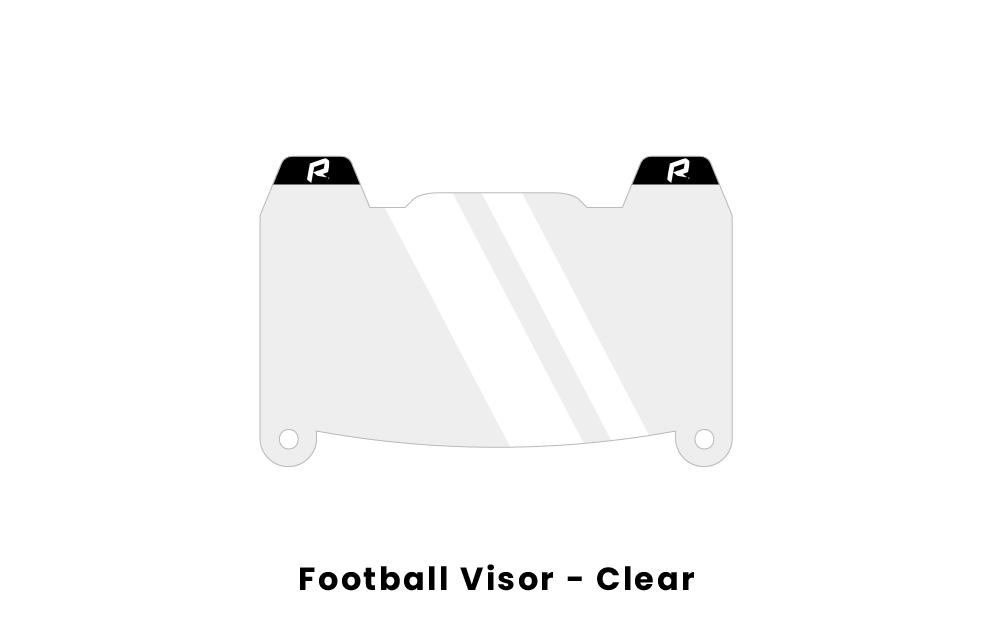 Clear visors are used to protect players' eyes from injury, as well as maintain visibility, comfort, and reduce glare when playing football. These visors have a similar lifespan as tinted visors. Their popularity is largely due to the fact that players do not need to be approved to wear clear visors when playing in the NFL or other leagues. 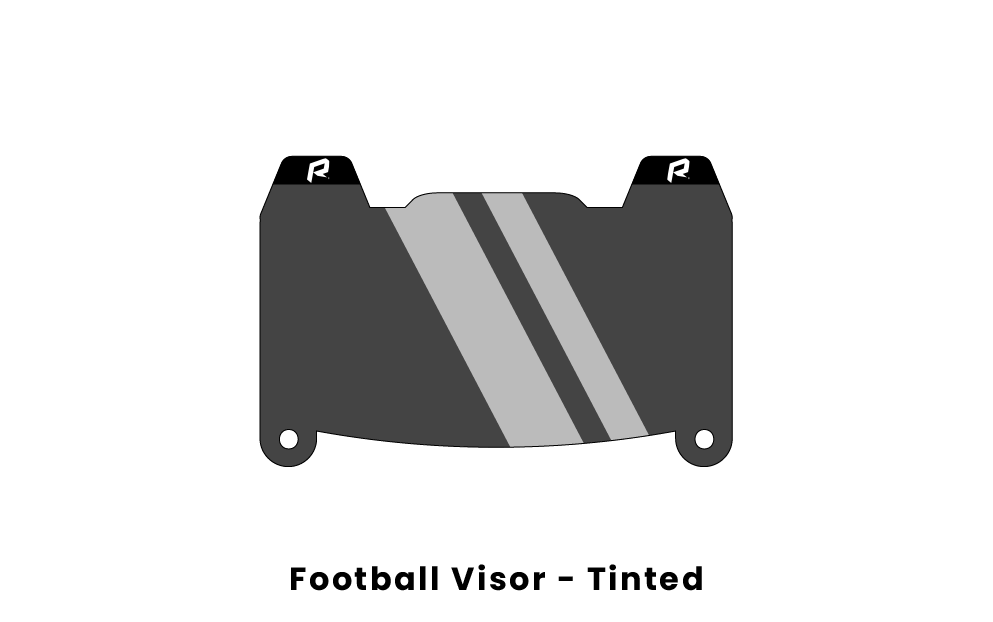 Tinted football visors come in a wide variety of tints that are usually colored. Similar to other football visors, these reduce glare from sunlight or stadium lights and protect players' eyes from injury. However, tinted visors provide another large advantage in that they help players spot and track a football more easily due to the enhanced depth perception, contrast, and colors. 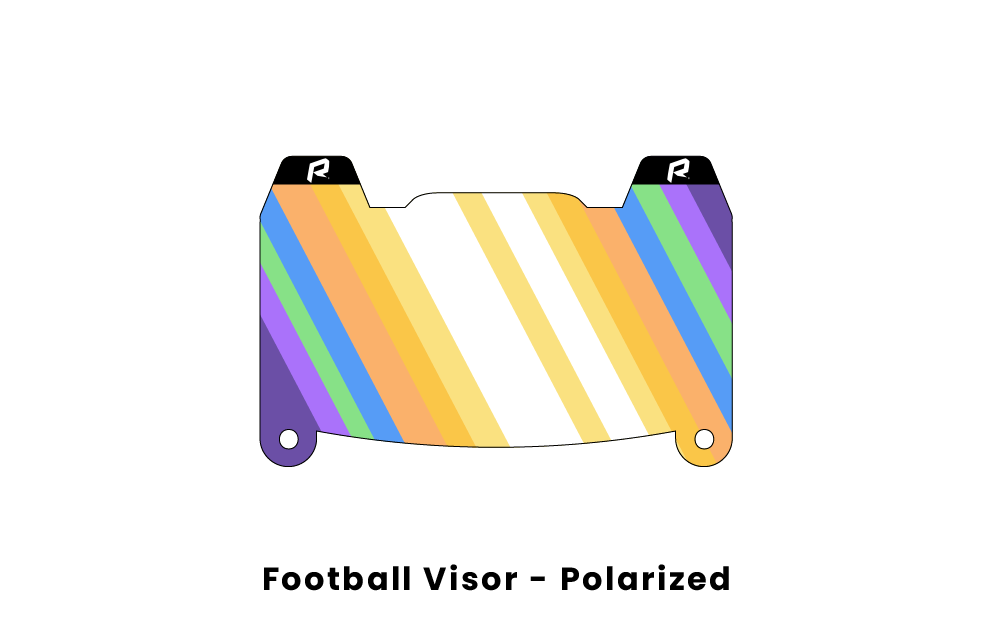 Polarized visors are slightly different from tinted and clear visors because they transform light waves so that there are no harmful rays and less disruption to one's vision. These visors block the sun and other distracting rays such as stadium lights. They provide similar protection and are made out of the same materials as most other types of football visors.

There are many different brands that sell football visors; the most popular are Barnett, Oakley, and Under Armour.

Barnett manufactures a wide variety of football visors, all within a reasonable price range. Typically on the cheaper end, their visors are usually anti-fog, scratch-resistant, eliminate glare, and control light intensity. Their visors are high quality and feature great durability, for an affordable price that makes their models popular.

Oakley manufactures some of the best visors on the market. They created the first football visor ever, and their visors are known to be more durable than other brands. Instead of only using polycarbonate in their visors, they also use plutonite to help eliminate distortion of vision and offer a higher level of protection. Oakley is extremely popular because of its practical features like scratch and fog resistance, as well as the variety of visors they offer.

Under Armour creates lightweight polycarbonate visors which deliver maximum protection while being durable and comfortable for football players. Their visors have anti-scratch and anti-fog coatings, which allow a player's vision to remain intact and help protect them from injury.

The most important factors to consider when purchasing football visors are their durability, cost, and the league requirements that determine if players can wear them or not.

The majority of football visors are quite durable and often shatterproof, as their primary purpose is to protect the wearer from debris, other players, and objects that could damage their eyes. They typically last at least a couple of years. However, this depends on the player and how often they wear their visor.

Football visors range in price from $25 to $60. Depending on the brand and if they are polarized or tinted, the price may be higher. For example, Oakley, Nike, and Under Armour tend to have steeper price points than Barnett, EliteTek, and Sports Unlimited. Most customers should expect to pay around $35 for a high-quality football visor.

Most football leagues permit the use of a visor as long as the players' eyes can be seen through the lens. That being said, different leagues have different rules regarding what type of visors can be worn. For example, in the NFL, players are not allowed to wear dark tinted visors but are allowed to wear lightly tinted ones. In high school football, all tinted visors are not permitted. Although the rules differ from league to league, highly tinted visors are illegal to wear in most leagues.

Why did the NFL ban dark-tinted visors?

The NFL banned dark tinted visors in 1998 because they thought it would lead to unfair advantages due to their ability to block out a large portion of sunlight and glare. However, players with medical conditions such as light sensitivity and migraines are exempt from this rule. They can also be dangerous when paramedics are trying to help the players with concussions and other serious injuries on the field, as they would not be able to see their eyes if the visor is on.

How do you install a football visor?

Can any position in football wear a visor?

All football players are allowed to wear visors as long as they are clear. Various leagues have regulations in place that do not allow dark tinted visors, with some leagues even prohibiting tinted visors altogether. In most leagues, the only exception to these rules is for those with medical conditions like extreme sensitivity to sunlight or severe migraines. For most players, it is a good idea to wear visors to protect their eyes from injuries while also maintaining visibility and comfort.