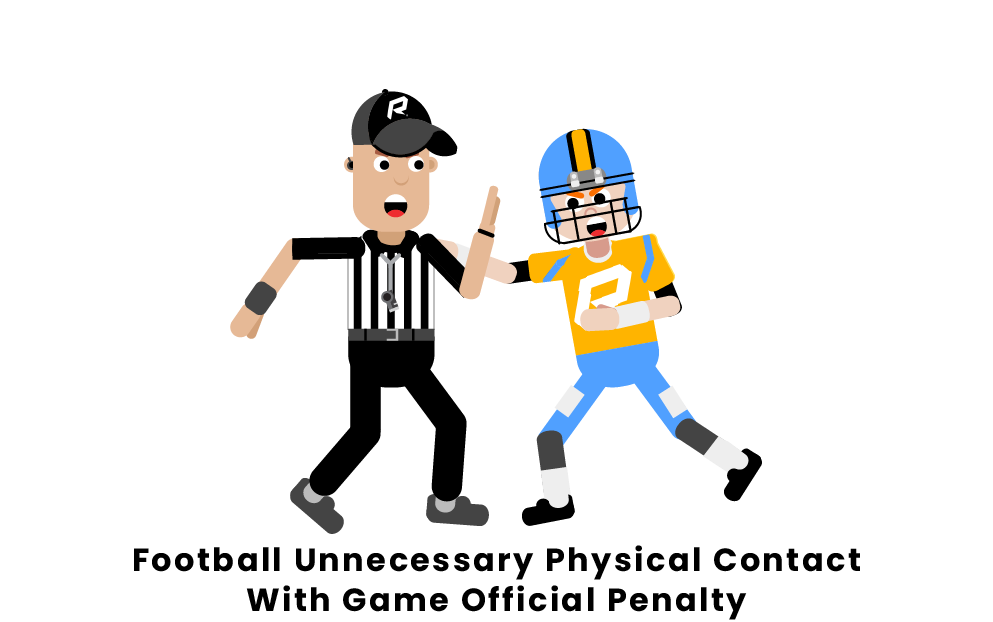 Unnecessary physical contact with a game official, sometimes known as striking an official, is an unsportsmanlike conduct penalty that occurs when a player makes intentional or intimidating physical contact with an official. It calls for a 15-yard penalty, and the offending player is most often ejected from the game. In the NFL, a player will be fined for striking or physically intimidating a game official.

A referee can call this penalty any time they are subject to unnecessary physical contact before, during, or after a play. It's most commonly called after a play, when players are most likely to confront an official or one another. A referee cannot be shoved, swung at, or needlessly touched. During the coronavirus pandemic, players are also prohibited from approaching officials without a face covering.

Unnecessary contact with an official is not the same as accidentally running into them or knocking them down during an active play. Because officials have to be on the field, they may occasionally get caught in a player's path or in the middle of a tackle. Referees are trained to dodge out of the way, but in the instances where they can't players will not be penalized.

Any form of needless, intentional physical contact against a game official is prohibited. In 2016, Philadelphia Eagles player Earl Thomas received this penalty after hugging a referee in celebration of a touchdown (from the very ref he hugged!). It may have seemed harmless, but it still constitutes unnecessary contact. Players are wise to stay out of an official's way as they do their job.

The penalty against unnecessary physical contact with an official is in place to ensure order and sportsmanlike conduct in every game, and to protect officials from harm.

The unsportsmanlike conduct signal is used to give a penalty for unnecessary contact with a game official. A referee will stand in a T-pose, with both arms spread out straight out to the side.