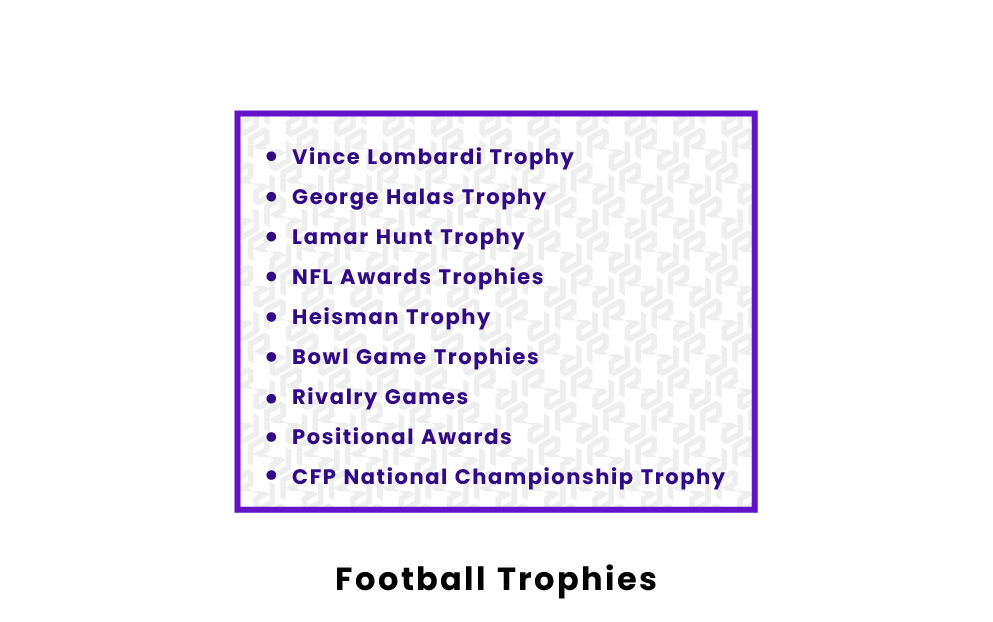 What are Football Trophies?

As with most sports, trophies in football are a way to celebrate and reward success. A trophy is given for various things in football, but each reason still must be earned. This article will provide an in-depth look at football’s biggest trophies.

The National Football League hands out trophies yearly to teams, individual players, and coaches. Below we’ll talk a little about the biggest awards each year. 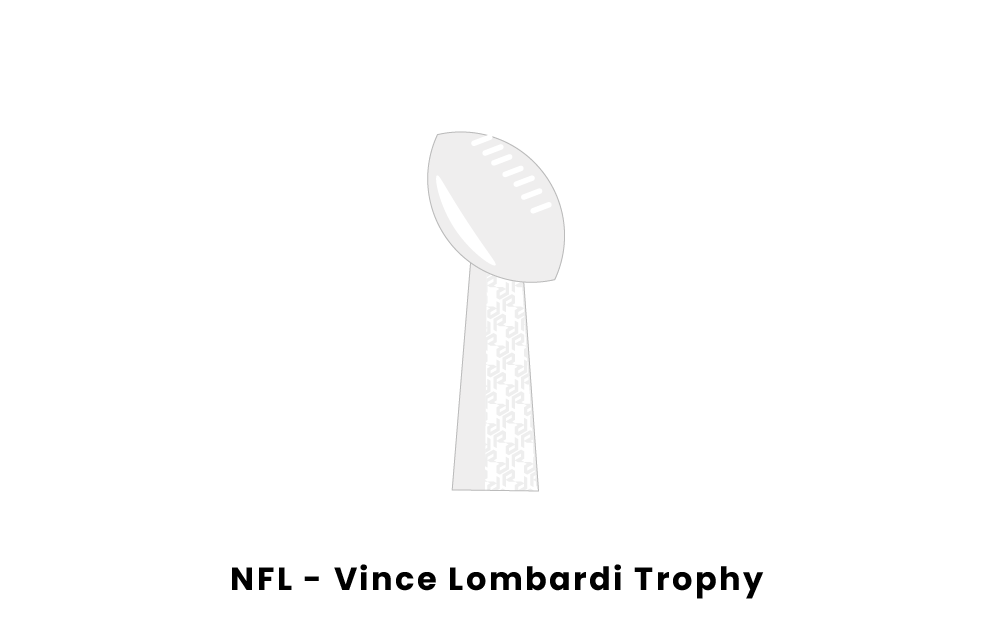 The Lombardi trophy is given to the winner of the Super Bowl. It is named after Vince Lombardi, one of the greatest coaches in the NFL. Every team’s goal each season is to raise the Lombardi trophy at the end of the season. 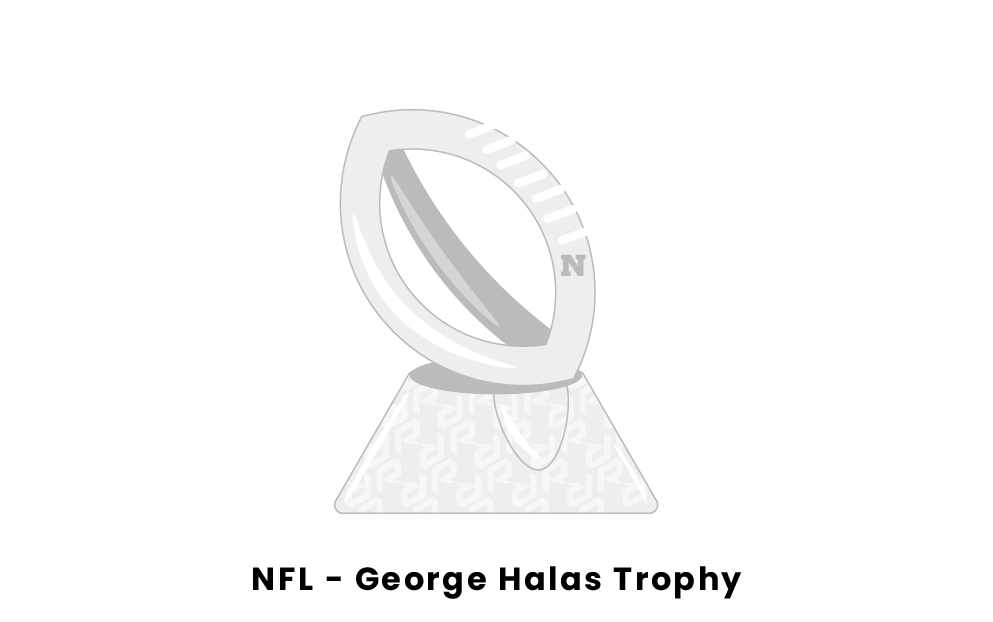 The trophy is named after former Chicago Bears owner George Halas. It is given every year to the team that wins the NFC Championship. Halas was one of the pioneers of the NFL and helped it rise from an amateur sport to a national sensation. Winning the George Halas Trophy means a team has earned the right to represent the NFL in the Super Bowl. 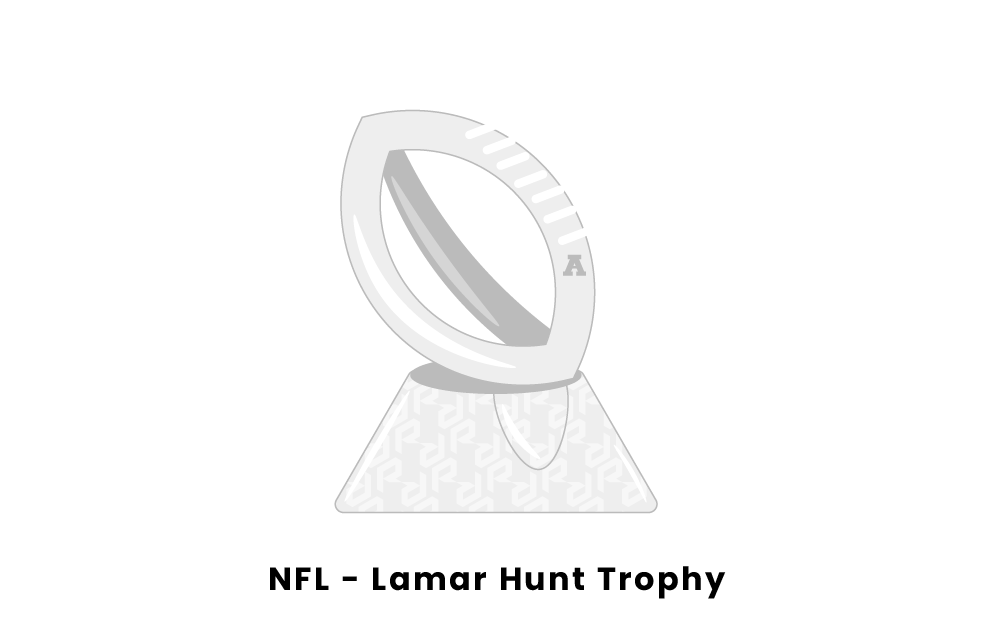 Lamar Hunt founded the Kansas City Chiefs and had a trophy named after him. It is given to the team that wins the AFC Championship every year. Similar to the George Halas Trophy, the team awarded the Lamar Hunt Trophy gets to represent the AFC in the Super Bowl.

Individual awards are given out every year as well. These awards are used to recognize individual achievements on and off the field. The most highly touted of these trophies is the MVP award, usually given to the player who contributed most to their team’s success during the regular season. Trophies are handed out for the following reasons:

In the National Collegiate Athletic Association Football (college football), there are trophies given out for many reasons, including both team and individual achievement. 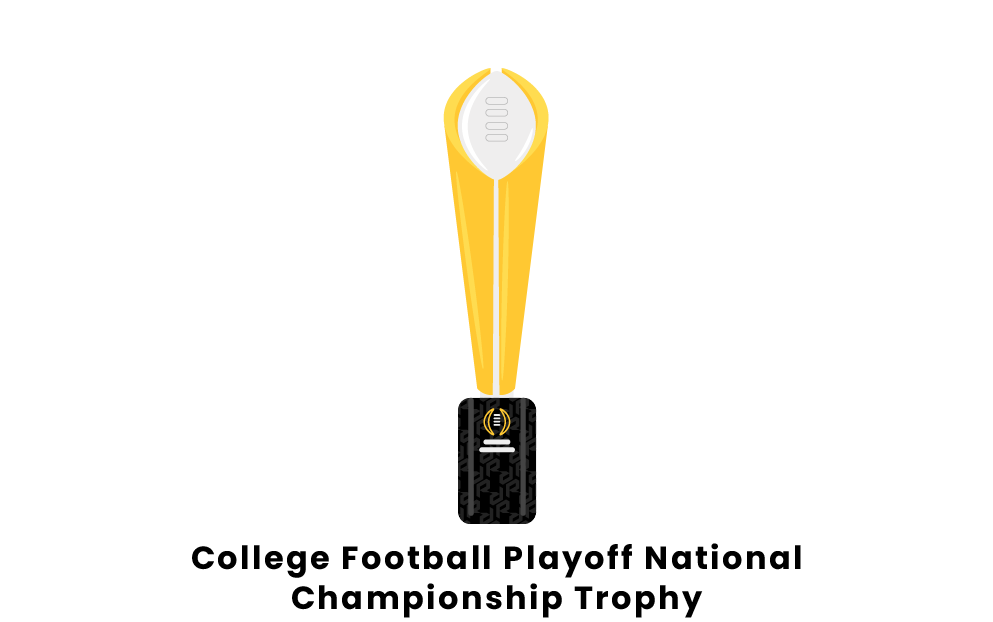 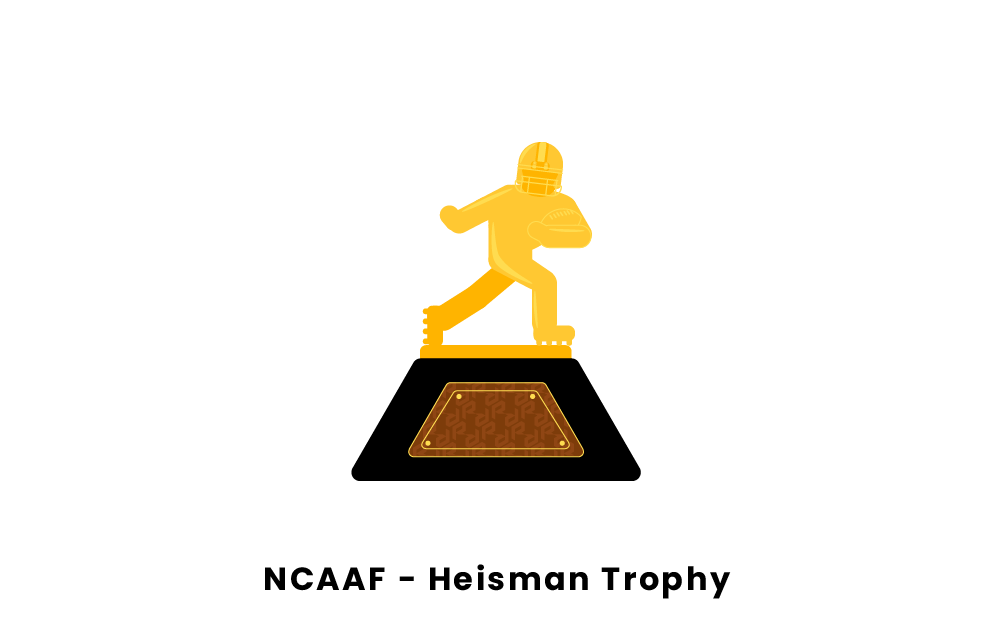 The Heisman trophy is given at the end of the season to the most impactful player on the field for that year. It has four finalists before a winner is chosen. This is the highest honor an individual player can receive in college football. Similar to the MVP award in the NFL, the Heisman is most often won by quarterbacks, as they are the most impactful position in football.

Each year “rival” teams play one another for a trophy. Teams that are rivals have been playing against one another for a long time and have a significant history. The trophy that is won differs for each rivalry and is decided upon by the two schools. It is passed back and forth to whichever team wins each season. The winner keeps and can display the trophy for an entire year until the teams play again. Some of the most famous rivalry trophies include Floyd of Rosedale, Paul Bunyan’s Axe, and the Victory Bell.

On top of the Heisman Trophy, individual players and coaches have numerous chances to win awards each year. There are 26 awards given out to the best players at each position, as well as some sportsmanship and academic awards. These include the Davey O’Brien Award (National Quarterback Award), Doak Walker Award (National Running Back Award), and Fred Biletnikoff Award (Outstanding Receiver).

What is the name of the championship trophy in football?

In the NFL, the championship trophy is called the Vince Lombardi Trophy. This trophy is awarded to the team that wins the Super Bowl each year. Lombardi was the coach of the Green Bay Packers when they won the first two Super Bowls to be played. This is in part what led the NFL to name the award in his honor. The championship trophy in college football is called the College Football Playoff National Championship Trophy.

What trophy is awarded to college football’s most valuable player?

In Division I NCAA football, the most outstanding player each season is awarded the Heisman Trophy. The award was created back in 1935 and named after John Heisman, a renowned player and coach that had a major impact on the early game of football. Traditionally, the Heisman Trophy has been viewed as a “quarterbacks award,” but recently, players like Devonta Smith and Derrick Henry have shown that other positions can win the award as well.

Who has won the most MVP trophies in the NFL?