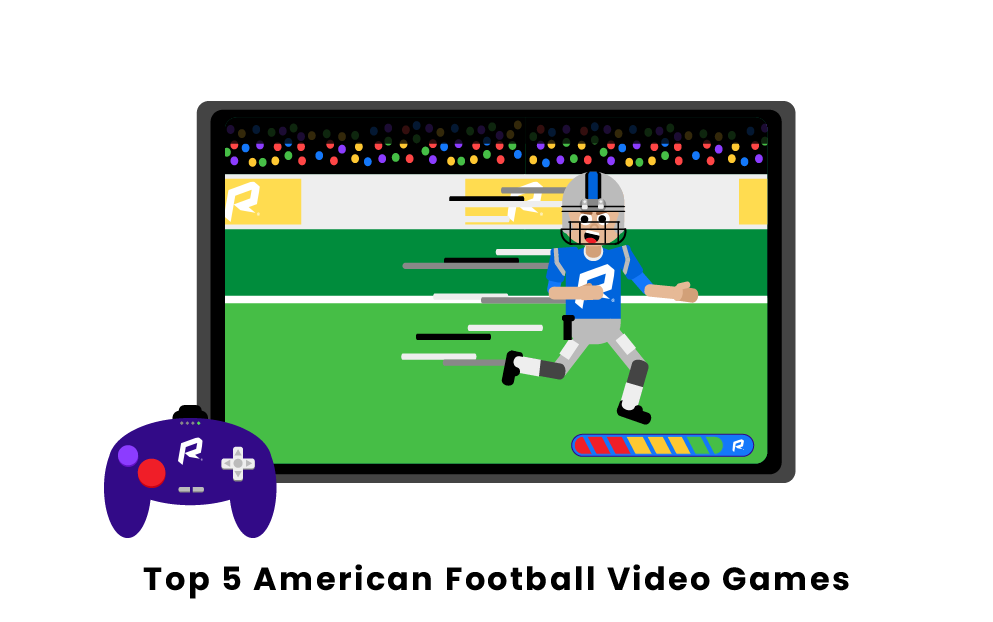 What are the most popular American football video games?

The most popular and well known American football video game is the Madden series. Named after John Madden, a successful NFL coach and commentator, the first Madden game was released in 1988. Since 1990, the game has been released yearly, titled Madden NFL 1990 for example. Madden has been the most consistent American football game and has numerous features that allow it to stand out from other games. Since the end of the NFL 2K franchise in the early 2000s, Madden has held close to a monopoly on all American football games. Some features include quick games, franchise mades, and the ability to play as a created player.

Although this game series is no longer produced, at its peak NCAA Football was one of the most popular American football games. Although no new versions have been made, the past versions are still commonly played on older gaming devices. The first versions of the game occurred in the mid 1990s.  The game featured college football games, and gameplay was similar to Madden.

The game is no longer produced because of the controversy involving the compensation of college athletes. In recent years there has been support for the return of the game as long as athletes featured in the games are paid adequately.

NFL 2k was the last American football game that brought real competition to Madden. This series existed from NFL 2K (2000) to NFL 2K5. This game rivaled Madden as both featured NFL teams and NFL players. Following 2005, EA (the creators of Madden) signed a deal with the NFL that gave them sole ownership to use NFL teams and players.

Although NFL 2K was essentially run out of business, NFL 2K5 is still considered one of the best American football video games of all time. People with the proper systems still play this game often.

NFL 2K is set to make a comeback very soon. They have worked out a deal with the NFL to allow them to use NFL teams and players. This is a very hyped up release and has many fans excited for a new gaming experience, hopefully different than Madden.

Tecmo Bowl was the first American football game to have real NFL players and teams. The game was originally released in 1987, but 3 other versions were released after. The most popular, Tecmo Super Bowl was released in 1991. This is an extremely simple game in comparison to current Madden, NCAA, and 2K games. However, it still maintains tons of gameplay. Some of the gameplay features unrealistic plays, 100 yard throws, or quarter long runs, but overall the game is fairly impressive for its time.

It has been announced that Tecmo Super Bowl will be rereleased on current consoles including XBOX One and PS4.

The NFL Street series included NFL Street (2004), NFL Street 2 (2004), and NFL Street 3 (2006). NFL Street is supposed to be a very different experience than a formal NFL game, much more casual. Games are 7v7 rather than organized football which are 11v11. Players wear street clothes rather than uniforms. This includes shorts, sweatpants, sneakers, no helmets, and jerseys. It is meant to feel as if you are playing in the backyard or at the park, but with NFL talent.

There are many fans who hope that this game will be brought back in future years. There currently is not another game or game mode that allows for this type of unique experience.