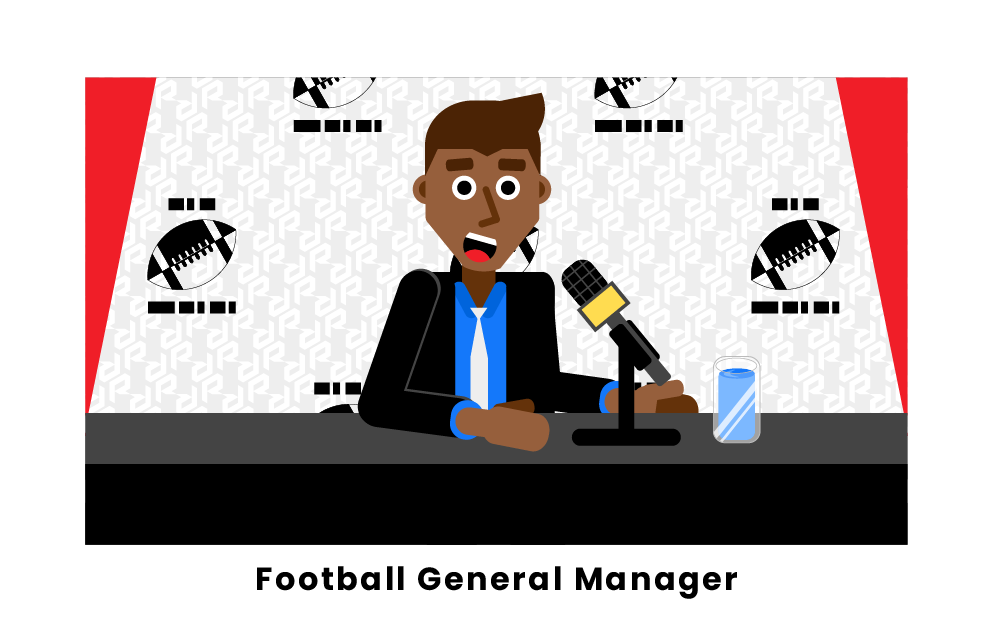 What is a Football General Manager?

The general manager of a football team, also known as the GM, is the person responsible for the players’ contracts. The GM oversees or advises all of the football operations of a team.

The general manager hires the head coach and other members of the coaching staff. They are also capable of doing any firing. Negotiating player contracts and scouting are major parts of a GM’s duties. They oversee all operations of a team, including players and staff, and report back to the president or team owner. The general manager manages the salary cap and meets with the media, making official statements on behalf of the team.

One of the general manager’s most important roles is to take charge of a team’s scouting department, the group of officials responsible for seeking out new talent from colleges and free agents. The general manager and their team will examine and analyze every player entering the NFL Draft that year and will give advice to other team leaders on which players to draft.

In order to scout effectively, general managers will typically attend college football games, observing the players for skills and talents that their team requires. They will also attend pro workout days, where colleges hold workout and practice sessions for their draftable players that scouts can attend. Finally, a general manager will attend the NFL Combine, a yearly week-long event where certain college players are invited to perform physical and mental tests in front of scouts in order to be considered for drafting.

Sometimes teams do not designate a general manager. In these instances, the head coach acts as a de facto general manager and is often given another title, like operations manager or head coordinator. Many head coaches represent the team as the de facto manager and make important decisions and calls for the team. Although some coaches are never appointed as GM, they step into the role and have the final say in many situations.

What does a football general manager do?

A football general manager handles player transactions and oversees all of a team’s football operations. They scout players, negotiate contracts and trades, and manage the salary cap. General managers hire and fire coaches and staff and report directly to the owner of the team. They also make media appearances, making official statements and serving as the face of the franchise.

Can a general manager fire a coach?

A football general manager can fire a coach. General managers are responsible for hiring and firing all coaching staff, although they may delegate some of these duties. While general managers can and do fire coaches, they ultimately answer to the owner of the team. Thus, a major decision, like firing a head coach, will likely be made in consultation with the owner.