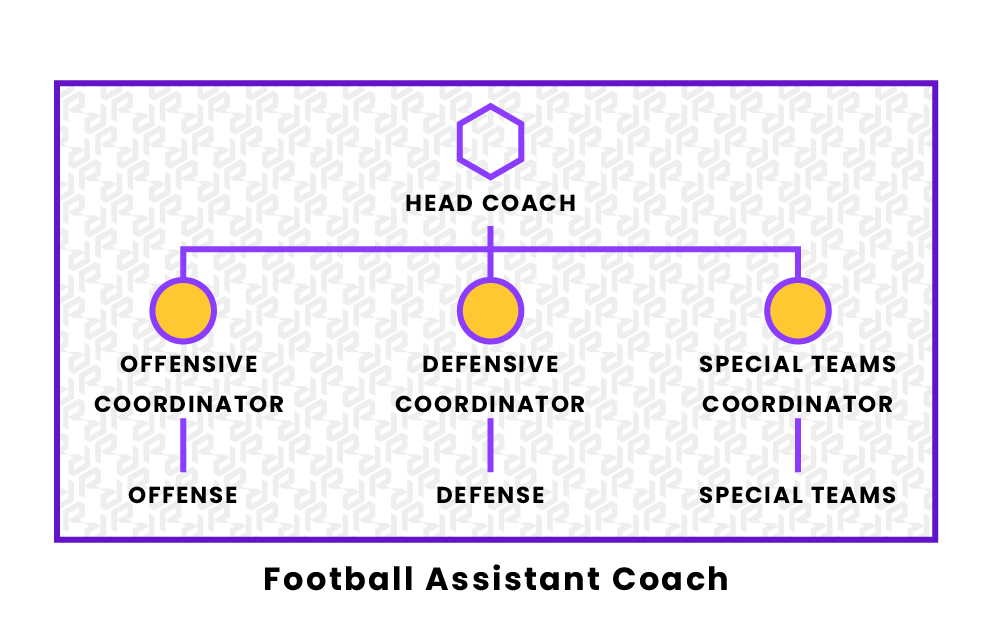 What is an Assistant Coach in Football?

An assistant coach is any staff member who helps to prepare the players for a football game and instructs them mid-game under the supervision of the head coach. In the NFL, there is an assistant for every aspect of the game, with the average staff consisting of 15 coaches.

The two most common types of assistant coaches are the offensive and defensive coordinators. These are the first people looked at when teams are planning on hiring a new head coach, as it is the most similar role.

Offensive coordinators can have many different roles. In some cases, they are completely in charge of the offensive game plan and script a playbook for each game that they believe will be the most effective against an opposing defense. In other situations, the head coach might be in charge of calling the plays, in which case the coordinator plays more of an advisory role.

The defensive coordinator is in charge of choosing which scheme of play to run, whether it be man, zone, etc. Defensive coordinators study the opposing offense’s tendencies so that they can prepare their players for certain formations and snap counts.

Each team has a special teams coach in charge of the kicking, punting, and returning aspects of the game. While not every special teams play appears to be significant, the teams with the best special teams units are almost always more successful.

Teams also often have strength and conditioning coaches who help them to improve in the weight room, providing motivation while creating a workout plan in order to maximize muscular output. The higher level a team plays, the more complicated their strength coaching system will be to meet the needs of professional play.