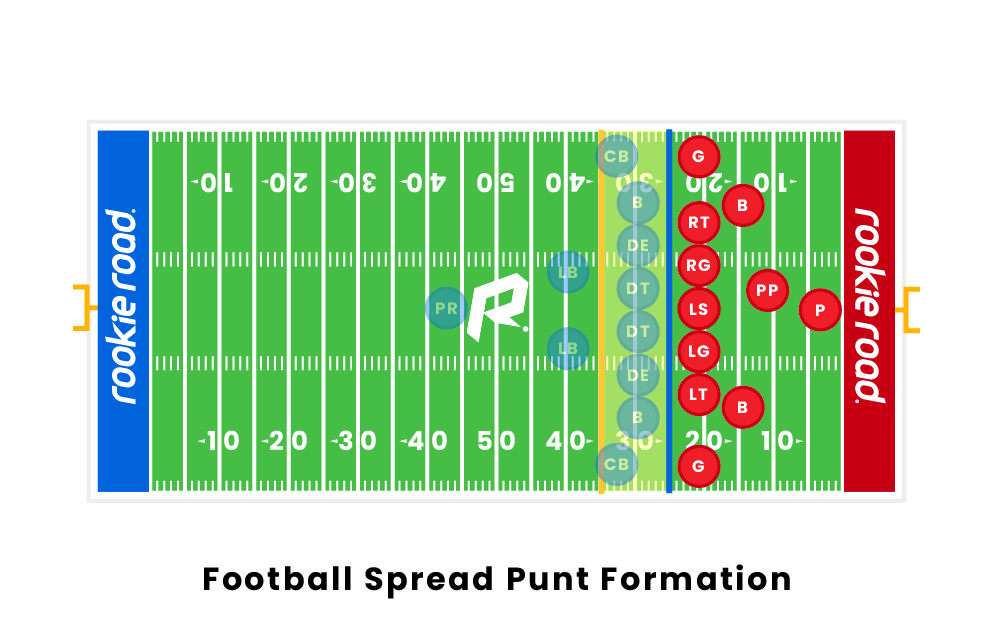 What Is a Spread Punt Formation in Football?

The formation consists of positioning five linemen close to each other at the line of scrimmage, two tight ends to block the defense’s tackles, two punt gunners, one personal protector (who will either call a punt or a fake punt) positioned about five yards behind the line of scrimmage, and of course, a punter positioned around 10 yards behind the personal protector. Inside the spread punt formation, coaches can either set a man-on-man or zone blocking scheme, with the zone being the most popular one. The players in the linemen positions are sometimes linebackers and tight ends who, after serving as linemen, will look to attack the punt returner.

Pros of a Spread Punt Formation

If the formation is executed well, a punt will rarely be blocked, as there are eight players directly involved in protecting the punter. It is also easier to run a fake punt play with the spread formation, where the personal protector can run or pass the ball while tricking the defense into believing a punt is being kicked.

Cons of a Spread Punt Formation