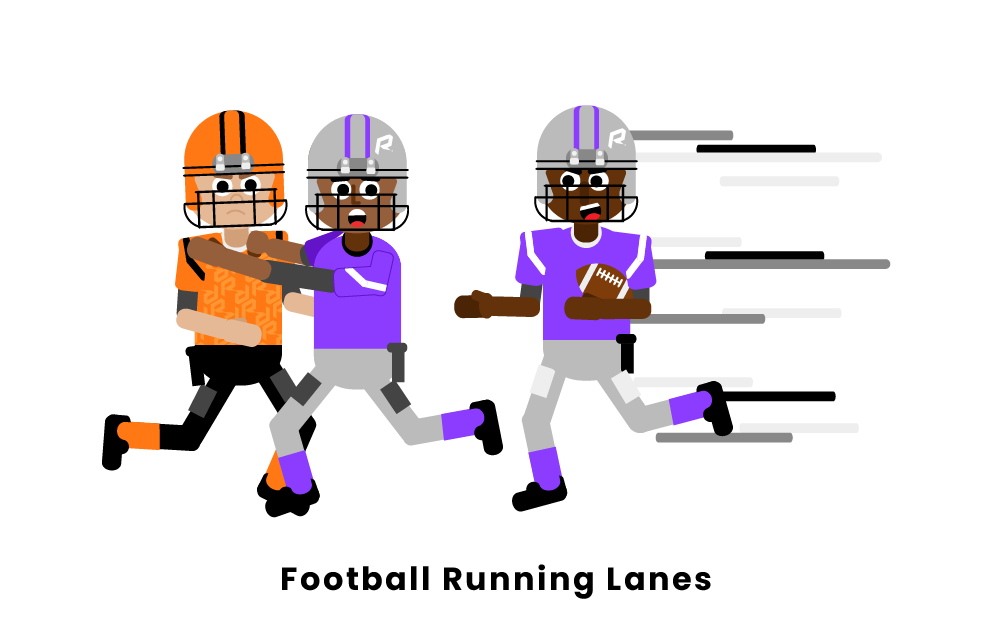 What Are Running Lanes In Football?

Running lanes in football are the spaces in the defense that the offensive line creates for the running back to run through on rushing plays. Also called a hole, running lanes are open spaces where offensive players can create room for themselves to score a touchdown.

Many offensive plays focus on creating lanes for their teammates. Coaches work with players on different plays that open up the center of the field and even the sidelines for lanes. Drawing out defenders is key for creating spaces for a player to make a drive down a lane. Think of a lane as an open, no-traffic route that a player running with the football takes in an attempt to score a touchdown. The space between two defenders is a lane.

The running back is in complete control after a lane is created. It is up to him alone to make the break down the lane to gain as many yards as possible. However, it is the team’s effort to keep defenders away from the open lane that they created by tackling defenders or drawing them out wide or to the center, depending on where the lane is being formed.