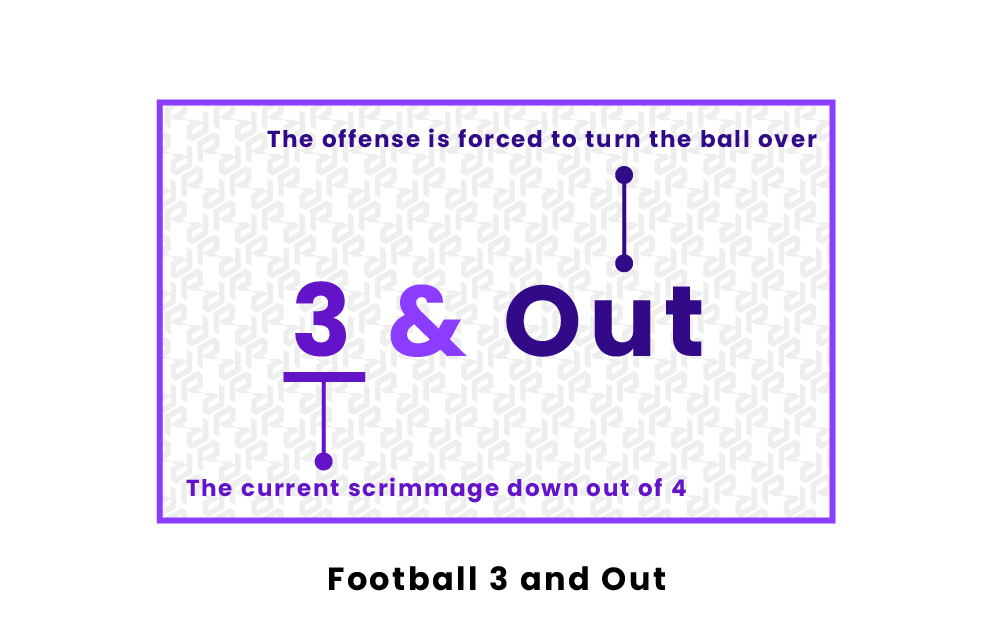 The term "3 and out" in football is used to describe a scenario in which the offense fails to get a first down on any given drive and must give up possession to the other team. To avoid a 3 and out the offense must move the ball ten yards on the first three plays, and failure to do so often results in the offense sending out their punter to kick the ball away to the opposing team.

Offenses try to avoid 3 and outs at all costs. Having to forfeit the ball to the other team after just three plays is not ideal for a number of reasons, mainly because it keeps the defense fresh and gives the opposing team more chances to score with their offense.

Since a 3 and out assumes that the offense is not close enough to the first down marker to go for it on fourth down, the offense has two options. If they are close enough to the opponent's end zone that a field goal can be scored (generally 40-50 yards away), the kicking team is sent out to try and salvage three points. More often, the offense finds itself in a situation where a field goal cannot realistically be made, forcing the punting unit to come onto the field and kick the ball away to the other team.

Pages Related to Football 3 And Out