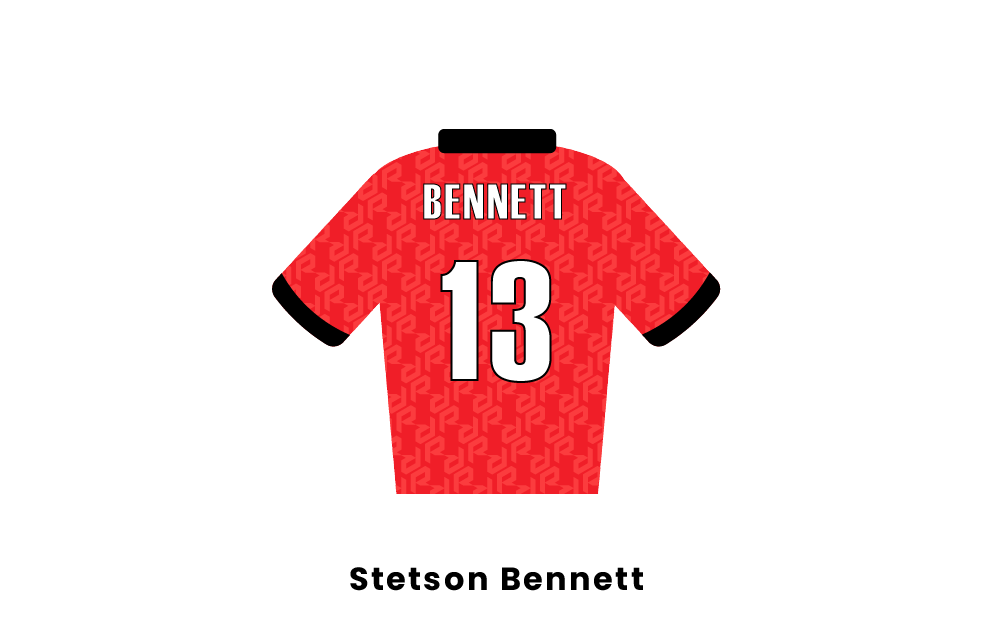 Stetson Bennett IV, the former starting quarterback for the University of Georgia Bulldogs, was one of college football's biggest stars. From a humble walk-on to a National Champion, the journey of the player known as “The Mailman” has been a long one, and the effort of Bennett’s hard work is starting to pay off.

Stetson Bennett IV is best known as the former starting quarterback for the University of Georgia Bulldogs, two-time National Champion, and SEC Champion. Born and raised in the state of Georgia, Bennett has been playing football since high school, and has always been a quarterback. Bennett is renowned for his grit and mobile style of play. Due to his lighter weight and slighter frame, Bennett relies on scrambles and accurate, fast passes to gain yardage and break down opposing defenses.

Bennett is also known for starting his college football career as a walk-on, and, through hard work and determination, becoming a starting quarterback for one of the best teams in the SEC. In 2021 and 2022, Bennett was a finalist for the Heisman Trophy, although he did not win. In 2022, Bennett won the annual Burlsworth Trophy as a result of his hard work.

Stetson Bennett has an estimated net worth of $3 million. In 2022, he was reported to have signed an NIL deal for seven-figure sum. Bennett’s wealth comes from sponsorships, brand deals, and commercial appearances. Since he is a star quarterback and an NFL Draft prospect, the usage of his likeness and endorsement is a very lucrative opportunity.

Stetson Bennett IV started his football career in 2014. He attended Pierce County High School in Blackshear, Georgia. As a starting quarterback for the Pierce County football squad, he totaled 3,700 passing yards and 500 rushing yards in his four-year career. After completing high school, Bennett went on to redshirt for UGA in 2017, and subsequently transferred to Jones College in Mississippi. In his redshirt year at Georgia, Bennett was referred to as a backup quarterback, which contributed to his leaving the Dawgs to return as a stronger player. Bennett re-enrolled at Georgia University in 2019, and made it back on the Bulldogs roster. In the four years since returning, he has put up 7,726 passing yards. In 2021, Bennett won his first National Championship title when Georgia beat Alabama 33-18 in the College Football Playoff National Championship Game.

Bennett has earned numerous awards and titles since he first started playing football. In his high school career, the Mailman won six         Player of the Game Awards in three categories. These include one Special Teams Award, one Overall, and four Offensive Player of the Game awards.  Also, in his highschool career, Bennett was a two-time member of the All-State Preseason Academic Team. In his college career, Bennett was a two-time SEC Champion and two-time Heisman Trophy finalist. In 2022, the Mailman was awarded the Burlsworth Trophy for his performance as a starting quarterback. Bennett won two CFP National Championships with the Bulldogs in 2021 and 2022, becoming the first back-to-back National Champion in the CFP era. In 2022, he took home the CFP National Championship Game Offensive MVP award for his stellar performance in both of these games.

Stetson Bennett IV was born in Atlanta, Georgia, and spent most of his childhood in Blackshear, Georgia. He was born to Stetson Bennett III and Denise Stetson. The Mailman spent most of his early years reading books and participating in sports. He played as a starting quarterback for Pierce County High School before graduating and enrolling at the University of Georgia. After five years of college football and a National Championship title, Bennett is a projected pick in the 2023 NFL Draft. Outside of football, Stetson Bennett is dating Cameron Liss, who plans on becoming a physician. Bennett is still an avid reader, and will graduate in December 2022 from UGA with a degree in economics. Stetson is the oldest of five siblings, and according to his mother, rarely talks about football outside of the locker room and press conferences.

Who is Stetson Bennett?

Stetson Bennett is a college football quarterback playing for the University at Georgia Bulldogs. He is a Burlsworth Trophy winner, a two-time Heisman trophy finalist, a two-time National College Football champion, and an SEC Champion. Stetson started his career in college football as a walk-on, and has worked his way up to being a two-year starting quarterback for UGA.

What position does Stetson Bennett play?

Bennett plays the position of quarterback. His style of play revolves around mobility, as his smaller frame is better suited to fast plays and scrambles, rather than pivoting in the pocket. While a starting quarterback in 2022, Stetson Bennett was originally listed as a backup QB for the UGA roster in his first season.

How many years of college football did Stetson Bennet play?

Stetson Bennett IV played five years of college football. His first season in 2017 was a redshirt year, so he saw no playing time. The following year he played at Jones Junior College, before he returned to the Georgia Bulldogs for three years.