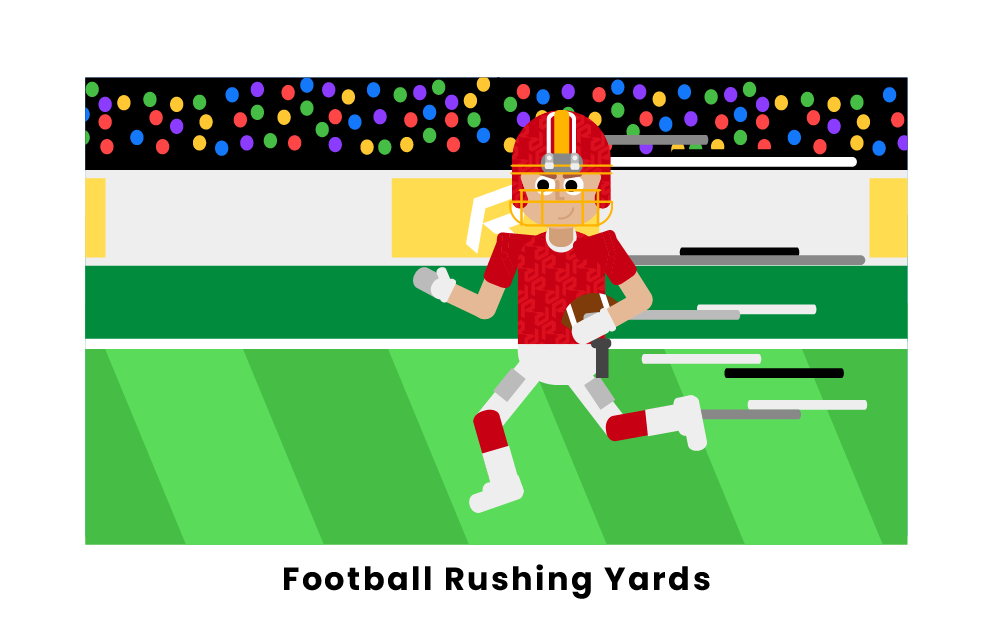 What are Rushing Yards in Football?

Rushing yards is a statistic in football that measures how many yards a player has gained or lost when running with the ball (without receiving a pass). These “rushing yards” numbers can be counted for individual players or for teams in single plays, full games, or full seasons. Rushing is very common in football, so rushing yards is a very useful stat for both coaches and television analysts.

In the NFL, a good rushing yards number can be considered anything above 100 yards per game, with the best running backs recording around 1,000-2,000 rushing yards per season. For example, Jonathan Taylor of the Indianapolis Colt had the highest total rushing yards during the 2021 season with 1,811 yards.

In more complicated plays, such as play action plays, the quarterback may fake that they are handing off to a receiver as a distraction before they make a pass. In that situation, the receiver who caught the pass gains or loses yardage but the player who faked the handoff is not awarded nor loses any rushing yards, for they never actually took possession of the ball.

What are rushing yards in football?

Rushing yards are a measurement of how many yards a player or team has gained (or lost) as a result of rushing plays. Rushing plays are a type of play in which a player runs with the football to gain yards without passing. Rushing yards can be recorded as an individual or team statistic.

What are average rushing yards for an NFL game?

Who has the most rushing yards in a season?

Eric Dickerson set the record for most rushing yards in a single NFL season with 2,105 for the Los Angeles Rams in 1984. Multiple players have come close to eclipsing this record, and the closest was Adrian Peterson of the Minnesota Vikings in 2012, who rushed for 2,097 yards.