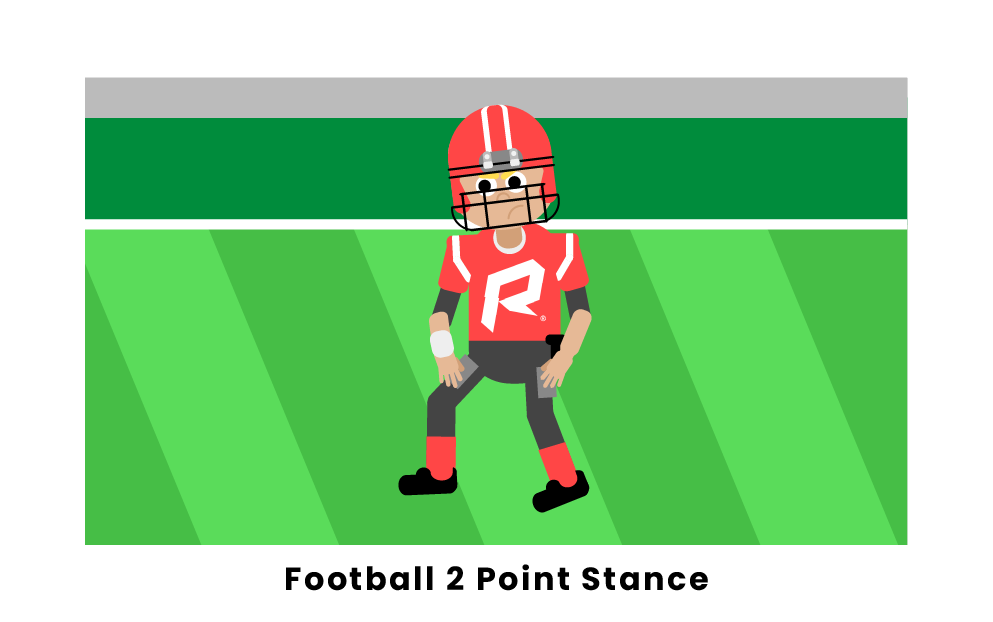 What is a 2-Point Stance in Football?

The 2-point stance in football is a technique used by many positions on the field. Football players use different stances to better position themselves for game situations. The stance they use is also largely based on what position they’re playing.

Positions that Use 2-Point Stance

Running backs most commonly use the 2-point stance because it allows for maximum field vision, easy adaptability, and more reaction time against defensive players. However, players are free to use other stances and may switch between various stances throughout the game. The stance is especially important for offensive players because they are required to stand completely still before the ball is snapped, or else they face a false start penalty. The 2-point stance is the most upright stance and lets players shift their motion the easiest; it is also one of the most popular stances in football.

Outside offensive linemen also sometimes use the 2-point stance, as it allows for quicker lateral movement and improves reaction time to opposing defensive players.

Proper technique is important when utilizing a 2-point stance in a football game. Players should have two feet on the ground, about shoulder-width apart. Some players will stagger their feet for extra balance in accordance with their position on the field and the positioning of the opposing team.

Once their feet and stance are set, players will face forward towards the line of scrimmage with their eyes up and scanning the field. The player’s weight should be centered, and they should be balanced, with their knees slightly bent. The hands rest on the thighs, but are ready to move upwards quickly in preparation for blocking.

The most important thing for a player to remember is to not over-lean into their stance. It is important to keep the body upright and the back only slightly bent in order to maintain balance.

What is a 2-point stance in football?

What are the advantages of a 2-point stance?

The advantages of a 2-point stance revolve around field vision, reaction time, and adaptability. Since you are standing upright in a 2-point stance, players will be able to see more of the field. Players will also have better reaction times to blocks or tackles, as they are not bent over with a hand on the ground. For that reason, it is also much easier for players to adapt to pre snap motions or shifts while in the two point stance.

What are the disadvantages of a 2-point stance?

The disadvantage of a 2-point stance is that a player’s center of gravity is not as low as when they are in a 3 or 4-point stance. Thus, players may lose their balance easier when in the 2-point stance. While running backs do not immediately get hit after the snap, linemen do. Even though linemen have quicker movement out of the 2-point stance, they may get knocked off balance by an opposing player.