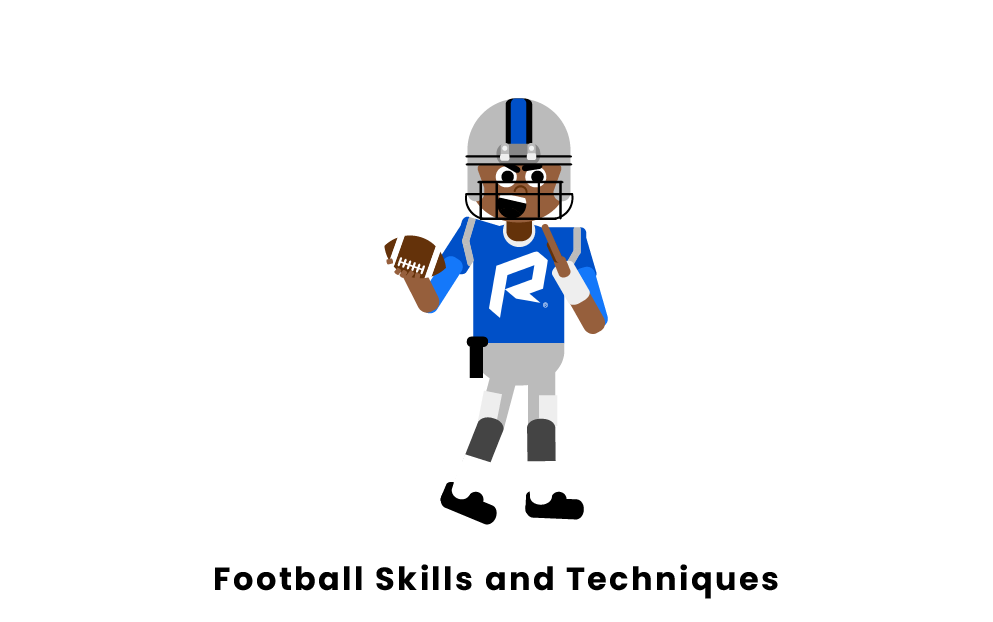 What are Skills and Techniques in Football?

There are many different skills required to succeed in football, from quick feet to upper body strength. The skills that a player must have are largely dependent on what position they play. Also, as a player gets to higher levels, they must be stronger and have better technique, as there is little room for error.

Every position on a football team must be strong. Linemen have to be big and strong to push through the opposing linemen. Other blockers such as tight ends also must be strong enough to hold off opposing players. Wide receivers and running backs have to have the strength to avoid getting tackled and stay on their feet. Quarterbacks must have strong arms to throw the ball far and fast, and kickers must have strong legs and feet to kick the ball far. Other positions like pass rushers, safeties, and cornerbacks must be strong enough to tackle players with the ball.

Even obscure players like long snappers must be strong enough to propel the ball a long distance. After they snap the ball, they also have to hold off the defensive special teams players trying to rush the kicker.

The only player who might not require as much strength is the holder, but this is usually a player who also plays another position.

Much like strength, speed is a fairly universal skill in football. With the exception of linemen, almost every player must be quick on their feet. Wide receivers must be quick off the line of scrimmage, and cornerbacks must be able to keep up with them. Running backs need to accelerate quickly and gain speed despite attempts to tackle them. Football is a fast sport that involves constant running and agility, and even the players who aren’t sprinting must have coordinated and quick feet. 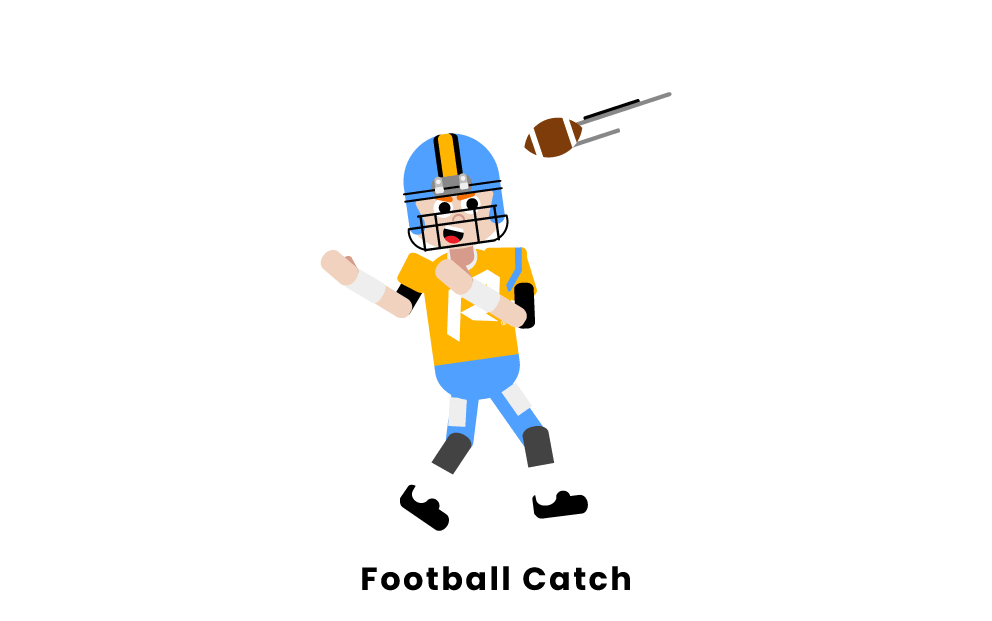 Toughness is fairly similar to strength, but there’s a definite distinction. Most players will get blocked or tackled at some point in football. The ability to get back up on your feet is just as important as the ability to knock down someone else.

Linemen clash on every play and require serious durability. Running backs take a hit every time they touch the ball, as do many wide receivers.

Quarterbacks, the backbone of the offense, often take hits to make a play. If they’re scared to get hit, they could throw an interception.

Like most major sports, football players must be able to focus even during the most stressful situations. A game can come down to one play or one drive, and the mental fortitude a player possesses could make or break the game.

The kicker is one position in which focus is especially important. Many kickers describe their job as a mental battle, much like a golfer. Hitting a game-winning field goal requires the kicker to push through nerves and pressure.

Quarterbacks and middle linebackers must show tremendous focus too. These positions lead their respective groups of offense or defense. If they appear nervous or unfocused, their entire unit will slack.

Many players must also have great endurance. Wide receivers run long routes on almost every play, requiring them to be in great aerobic shape.

In addition to being in good aerobic shape, players must have strength endurance. A quarterback has to be able to deliver a long pass just as well in the last few minutes of the game as he does in the first quarter.

Footwork is a critical skill for every football player on the field. Quarterbacks need proper footwork when they drop back into the pocket and when scrambling. Receivers need footwork to run routes and deceive the defense. Linemen require excellent footwork on their first move to get past opposing blockers. Defensive backs need excellent footwork to keep up with receivers and backpedal when necessary.

Spatial awareness in football is extremely important, as you must know where you and your teammates are located during a play. Quarterbacks must be aware of how much space they have in the pocket. This is essential to getting passes off in time and avoiding sacks. As a receiver, maintaining the proper amount of space between you and your teammates is critical, as you typically do not want multiple receivers in a small area. As an offensive lineman, you need to be aware of how much space is between you and your teammates, as too big of a gap opens up the possibility of pass rushers breaking through the line. No matter what position you play, spatial awareness is critical to properly executing your responsibilities.

Risk assessment is a crucial skill for football players, especially skill positions such as quarterback, running back, and receiver. This skill is most important for quarterbacks, as they must constantly and quickly assess risk when calling plays, handing the ball off, and throwing passes. Quarterbacks must assess the risk of each play and decide how to distribute the ball based on that assessment.

All the above skills are important, but they’re useless without a good sense of the game. Game sense, or football IQ, is one’s ability to make intelligent decisions and reads on the field.

From calling audibles and picking holes in the defense to memorizing the playbook, football players must be a lot more intelligent than many people expect. Understanding the intricate details of the game can distinguish a good player from an excellent one. Football is a complex sport, and it can all come down to one decision.

What are the most important basic skills in football?

The most important basic skills in football are speed and strength. Football is a fast game, and it is imperative that you keep up with the speed of your opponents. Becoming a faster player will improve you the most as a player. Strength is equally important, as football is a highly physical sport. No matter what position you play, being strong will help you to overpower the opponent, whether running, tackling, or passing.

What is the hardest skill to learn in football?

While many skills required to play football involve physical ability, the most difficult skills to learn are mental. Developing your football IQ can take years of practice, studying film, and experience in different situations. Even the most physically dominant players won’t be able to excel without a full understanding of the game. Being able to predict plays and judge in-game decisions correctly gives players a huge advantage. For this reason, football IQ may be the most difficult skill to master.