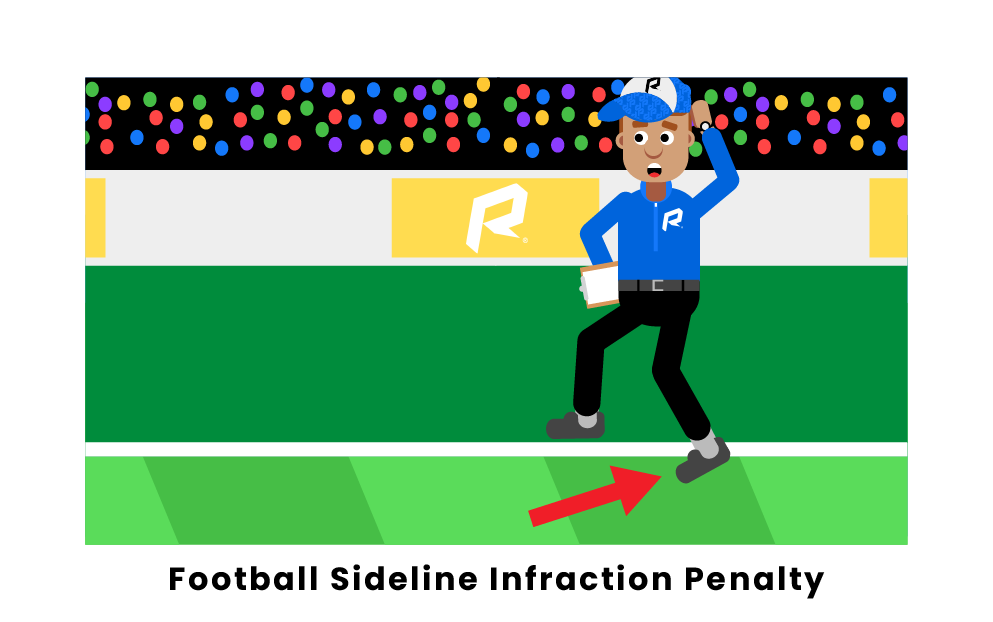 This penalty is enforced to give the officials and chain crew a clear space during the game. Many times teams will have specific coaches who pull coaches back into their given area during a game to avoid this penalty. There have been instances where a coach has gotten in the way of the official or even a live play by being too close to the field.

The six-foot restricted area allows the officials to run the full length of the sideline in order to follow the play. Another six-foot area behind that is reserved for coaches and substitutional players. An 18-foot area behind that is where the rest of the players and coaches are. This area is also where the benches are. The last section on the sideline is for the media, which is separated from the bench area by six feet.

In 2010, New York Jets strength and conditioning coach Sal Alosi stuck his leg into the restricted area to trip a Miami Dolphins player during a punt. In 2013, Pittsburgh Steelers head coach Mike Tomlin stood in the restricted area potentially stopping a touchdown on a punt return by Baltimore Ravens returner Jacoby Jones. In 2016, Ohio State head coach Urban Meyer was penalized after making contact with an official and later disagreed with the call saying the rule needed to be changed. In 2020, TCU head coach Gary Patterson was penalized for sideline interference after tripping an official. 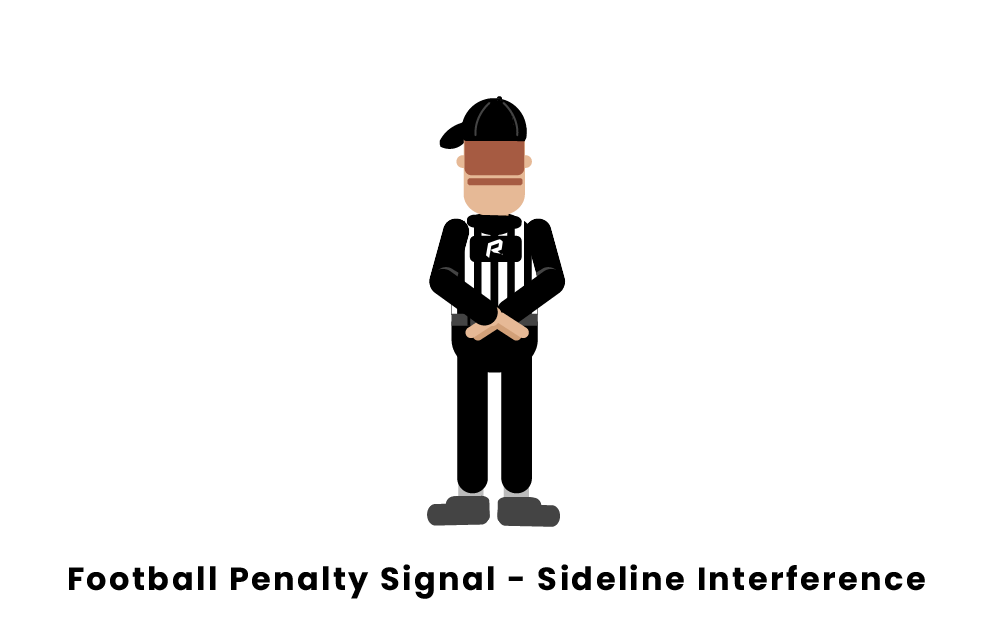 The referee signal for a sideline infraction penalty is crossing hands behind their lower back while facing the press box.