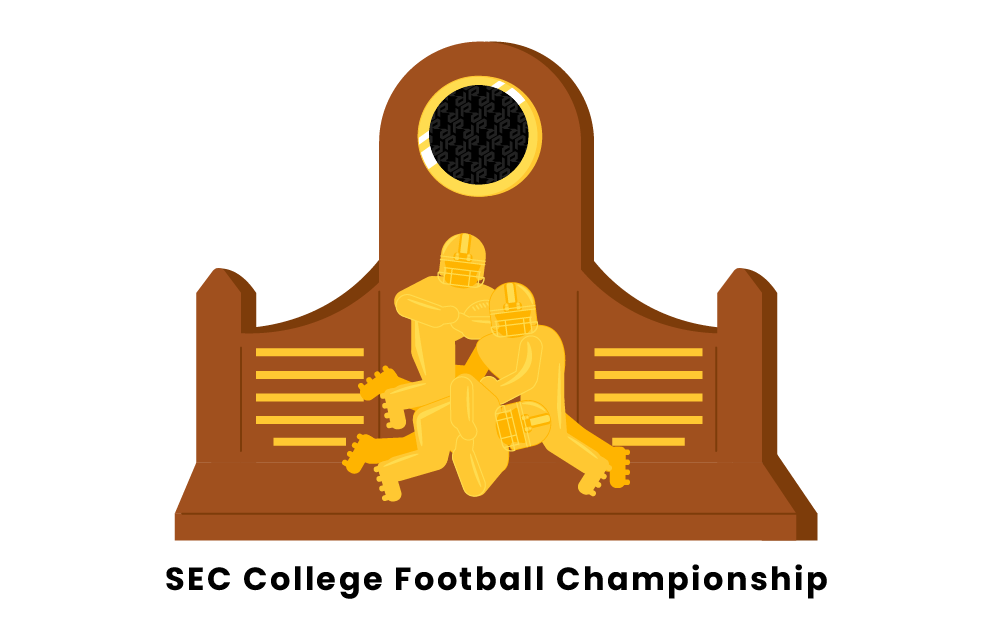 What is the SEC Championship Game in College Football?

The SEC Championship Game in football is an annual game that takes place to determine the winner of the Southeastern Conference. The game pits the winner of the SEC’s East Division from the regular season against their counterparts from the SEC West Division. The winner is crowned the overall champion of the SEC, which is often seen as one of the best college football conferences in the country. The game takes place every year on “Championship Saturday,” along with other conference championship games, usually on the first Saturday in December.

For the 2022 season, the SEC Championship game took place on December 3rd, 2022. The two teams that participated in the game were the Georgia Bulldogs, winners of the SEC East, and the Louisiana State (LSU) Tigers, winners of the SEC West. Georgia came into the game as the number-one ranked team in the country, while LSU was ranked 14.

Although LSU put up a good fight, Georgia proved to be too much for the Tigers, and the Bulldogs won 50-30. Georgia quarterback Stetson Bennet IV was named the game’s Most Valuable Player. Bennet completed 23 of his 29 passes for 274 yards and four touchdowns.

The first SEC Championship Game took place in 1992. The SEC was the first conference in the NCAA to stage such a game, as prior to 1992, the SEC and every other conference determined their champion solely based on regular-season results. After the SEC, several conferences followed suit in staging a championship game of their own, the Big 12 being the first in 1996. The inaugural championship game in 1992 saw the number-two ranked Alabama Crimson Tide, champions of the SEC West, defeat the number-12 ranked Florida Gators, champions of the SEC East. It is fitting that these two faced off in the first-ever game, as they have the most (Alabama: 10) and second-most (Florida: 7) overall SEC championships. Florida holds the record for most consecutive championships won, winning four in a row from 1993-1996. As for the location of the game, the first two took place at Legion Field in Birmingham, Alabama, after which the game moved to Atlanta, Georgia, where it has taken place ever since.

How do teams qualify for the SEC Championship in college football?

Teams qualify for the SEC Championship Game by winning either the East or West division of the SEC during the regular season. The winner of each division is the team in that division with the best record in conference games. Currently, the East is made up of Georgia, Kentucky, Tennessee, South Carolina, Vanderbilt, Florida, and Missouri. Meanwhile, the West contains Alabama, Mississippi, Mississippi State, Auburn, LSU, Arkansas, and Texas A&M.

When is the SEC Championship in college football?

The SEC Championship in college football is held annually on “Championship Saturday,” which is typically the first Saturday in December. This follows the conclusion of the conference’s regular season schedule the week prior. Other conferences holding their championship game on this date include major conferences like the ACC, Big Ten, and Big 12, along with smaller conferences in the Sun Belt and the American Athletic Conferences.

Where is the SEC Championship played?

Today, the SEC football Championship takes place at Mercedes-Benz Stadium in Atlanta, Georgia, home of the NFL’s Atlanta Falcons. The game has been held there every year since 2017. From 1994-2016, the game was also in Atlanta, Georgia, but it took place at the now-demolished Georgia Dome, which was also home to the Atlanta Falcons prior to its demolition. Before 1994, the first two championship games took place at Legion Field in Birmingham, Alabama.