4th and 10 is used to describe a scenario in which the offense is on its 4th and final down and needs a full ten yards to gain a first down and keep possession of the ball. When faced with a 4th and 10, the offense will usually elect to punt the ball away to another team, as picking up 10 yards on one play is very challenging and failure to do so may result in the other team taking possession of the ball in scoring range. 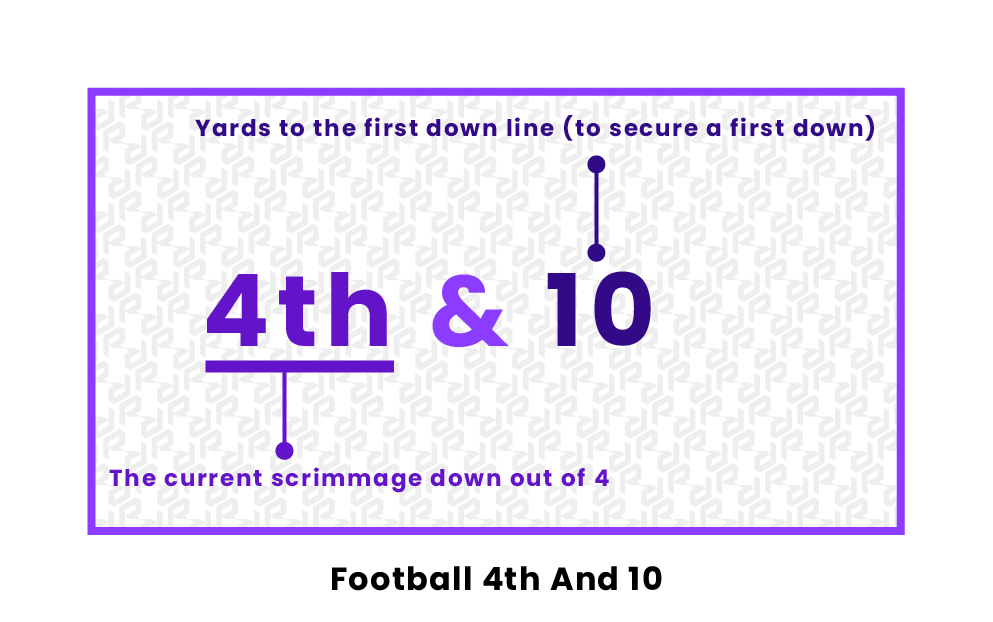 To avoid giving the opposing team strong field position by failing to convert a 4th and 10, most teams will elect to punt the ball to the opposing team. In rare cases where the team on offense is losing with little time left to play in the game, the offense will likely stay on the field and try to achieve a first down, often via a long pass.

Pages Related to Football 4th And 10