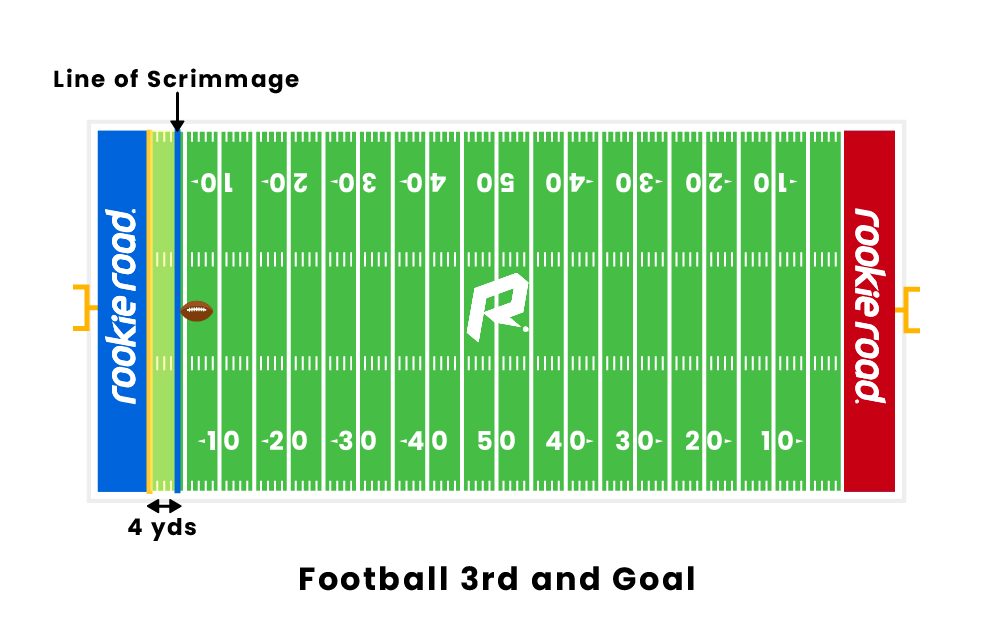 What Is 3rd and Goal in Football?

In football, third and goal refers to a specific scenario in the downs cycle of an offensive drive. A down is one of four chances for a team’s offense to run a play in an attempt to advance the ball. A team has four downs in a series in which they attempt to reach the first down line, or line to gain, which is 10 yards downfield from where the first snap in the series took place.

The format for describing a team’s position on the field consists of stating the down the offense is on and the number of yards the offense needs to reach the line to gain. If a team is on its third down and has gained six yards, for example, it would be referred to as “third and four,” in reference to the four yards between the line of scrimmage and the line to gain.

However, if the goal line (the line marking the end zone) is within 10 yards of the first snap in the series, the number of yards between the line of scrimmage and the goal line may be replaced with “and goal.” On third down, in this scenario, field position can be described as third and goal, regardless of how many yards are necessary to reach the end zone. This applies to first, second, and fourth downs as well. In other words, a play can be described as “first and goal,” “second and goal,” “third and goal,” and “fourth and goal.”

As can be guessed, third and goal is an extremely crucial situation for both the offense and the defense. For the offense, a third and goal scenario is often one of immense pressure, as they have failed to convert for a scoring play on their first two downs, and they know that they must score a touchdown on this play, or otherwise face a fourth and goal scenario, where they will often try for a field goal. Thus, on third and goal, the offense will often try for their most effective plays, either a strong run (if the goal line is not far away) or a pass (if they are farther away).

What Does 3rd and Goal Mean?