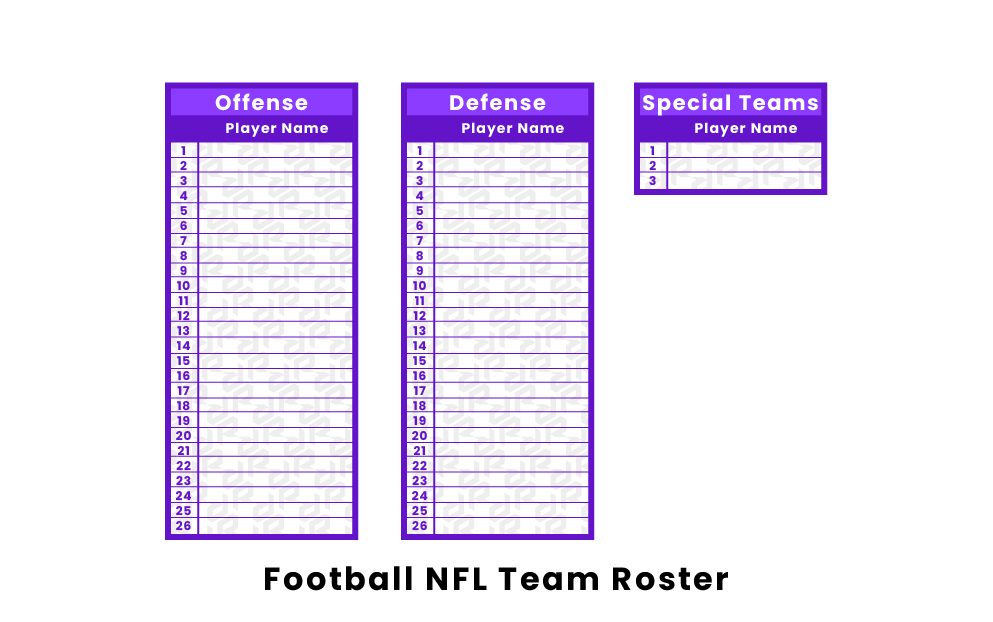 A football team roster is a running list of all active and inactive players on a team. It is utilized by coaches and officials throughout the entire season. It consists of the player’s information, jersey number, and any relevant statistical information, like game percentages, weight, height, etc.

On an NFL team, there are 55 players on the team roster, with 53 players on the active roster. However, only 48 players dress on game day. The 11 starting players on the field for each team are announced prior to the game.

Football players are divided into three main groups on the roster:

The offense is attempting to score touchdowns to put their team ahead in the game. The defense is working to stop the other team’s offense from scoring. The special teams players take care of any kicks or punts that may occur.

Number of Players on the Field 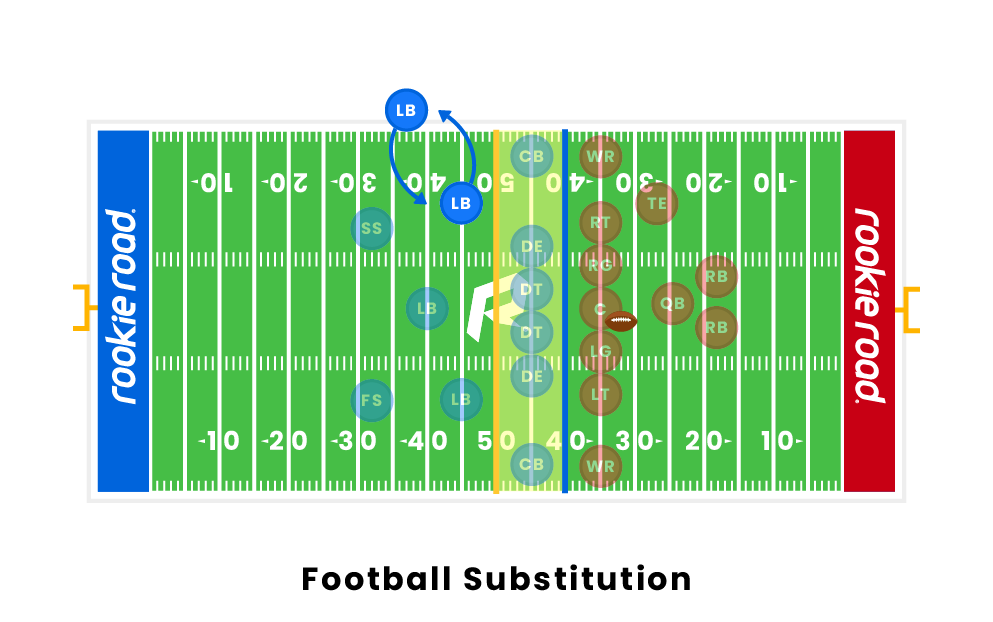 Football allows unlimited substitutions during a game. Teams can substitute all 11 players on the field for a new set of 11 players when the ball is dead. They also can substitute individual players, too. Any member from the active roster may be substituted in at any point during the game. Coaches will bring different players from their offense, defense, or special teams onto the field if they want to do substitutions.