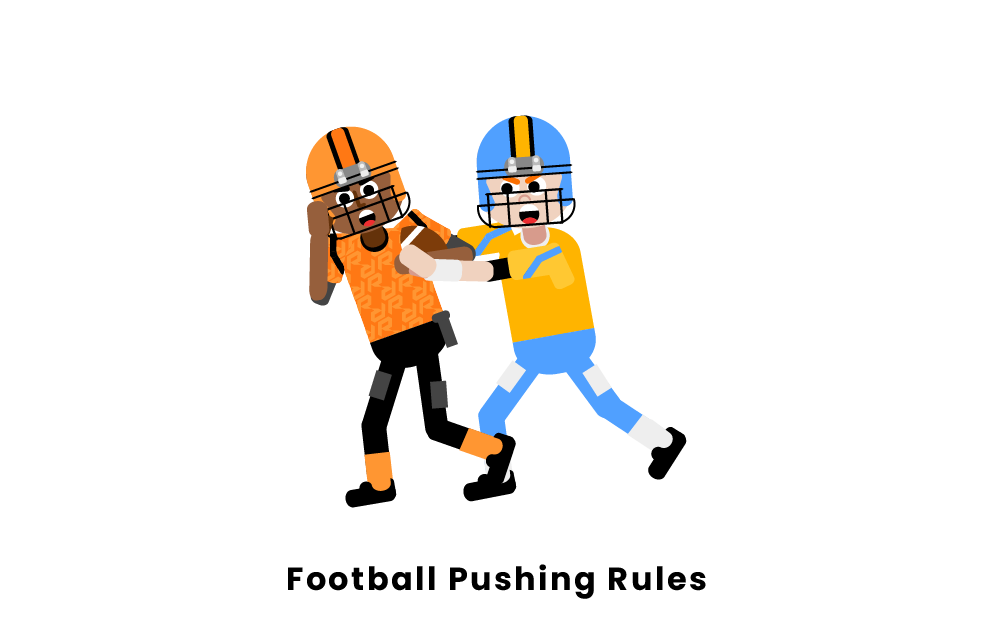 What is pushing in football?

Pushing in football is when players attempt to move opposing players by pushing into them with their bodies. Football is a contact sport, so it’s inevitable that hits, pushes, and charges are permitted during the game. Players are allowed to be aggressive (with limitations) toward other team members in order to keep them away from the ball or prevent them from making a run down the field.

Why do players push?

Pushing occurs on every single play, regardless of the score or situation. Every offensive formation aims to block out their opponents. Offensive linemen and other blockers push away opponents to keep them away from the quarterback. Defensive players attempt to do the opposite and push away blockers to tackle the ball carrier. They try to keep players from moving into open positions and away from scoring opportunities.

Pushing occurs when a player charges another, hitting them directly with enough power and force to move them backwards or tackle them entirely. Pushing players can get dangerous, so it’s important that players perform pushes with as much caution as they can without getting injured.

Although pushing is permitted, illegal contact is not permitted during games. Illegal contact occurs when a player is still making significant contact with a receiver after the receiver crosses five yards over the line of scrimmage. The official will call a penalty if this occurs.

Can you push in football?

Yes, pushing is allowed in football. Pushing is when players try to move opposing players by pushing into them with their own bodies. Since football is a contact sport, this is an extremely common maneuver and occurs in every single play. Though pushing is allowed, illegal contact is not and penalties will be called whenever players touch one another in an inappropriate manner.

In football, illegal contact occurs when a player is still making significant contact with a receiver after they have crossed five yards over the line of scrimmage. This rule helps ensure that players do not risk injury or make physical contact that is inappropriate. The penalty for illegal contact by the defense is the loss of five yards and an automatic first down.