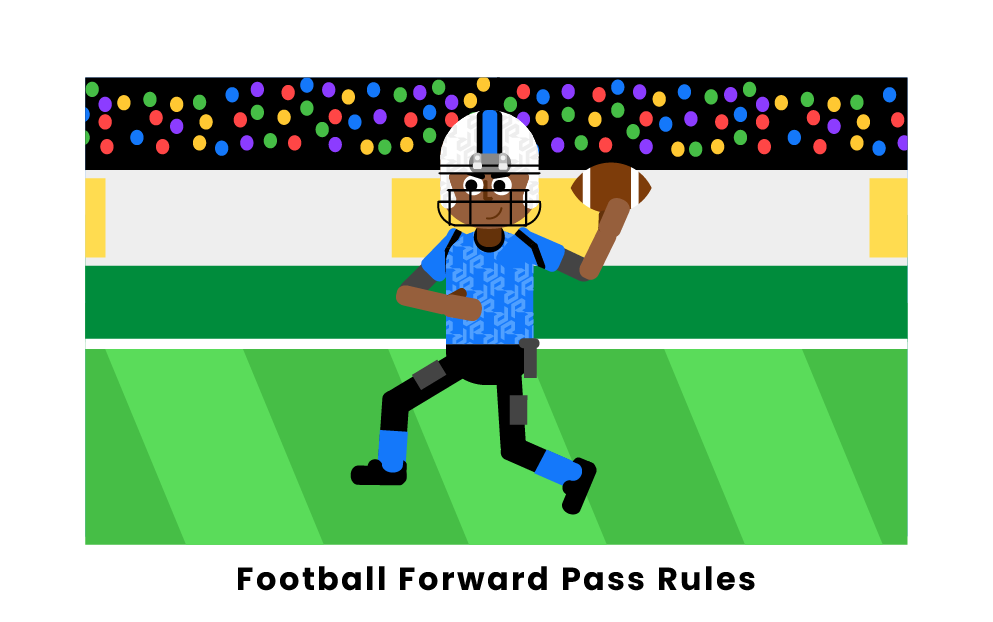 What is a Forward Pass?

A forward pass in football is a play where the offensive team throws the ball from behind the line of scrimmage. To count as a forward pass, the ball must be advanced to a spot further down the field from where it was originally thrown.

These are the most important forward pass rules in the NFL rulebook:

The most common type of forward passes are plays where the quarterback attempts to throw to one of the eligible receivers on the field. There are a number of variations of these common forward pass plays, most of which vary based upon the player who is receiving the ball. Oftentimes, a quarterback will throw to the wide receiver, and in these cases, forward passes are often deeper, and are aimed farther down the field. However, quarterbacks may also throw the ball to a tight end or even a running back. In these cases, the forward pass will often be shorter, and designed for quick gains that may lead to a first down and further down cycles.

There are also plays in which a player who isn’t the quarterback may throw a pass, but these are rare. They are often intended to confuse the defense and open up unexpected receiving lanes that can lead to major plays or even touchdowns. It is important for the offense to remember, however, that there can only be one forward pass per play, so in the case of a trick play, the person who passes the ball forward cannot pass to the quarterback for him to then throw the ball forward again.

How many forward passes are allowed during a play?

In American football, only one forward pass is allowed during a play. Multiple lateral or backward passes may be thrown, but this is rarely done. The single forward pass is a distinguishing feature of gridiron football and has been part of the rules since the early days of the sport. Passers are also required to stay behind the line of scrimmage when throwing a pass, and they may only throw a pass to eligible receivers.

Who can throw a forward pass in football?

Technically, according to the rules of the NFL, any offensive player can throw a forward pass, provided that the pass is the only forward pass on the play. Typically, only quarterbacks and, occasionally, running backs perform forward passes. However, some other players, such as tight ends, can also technically perform a forward pass.