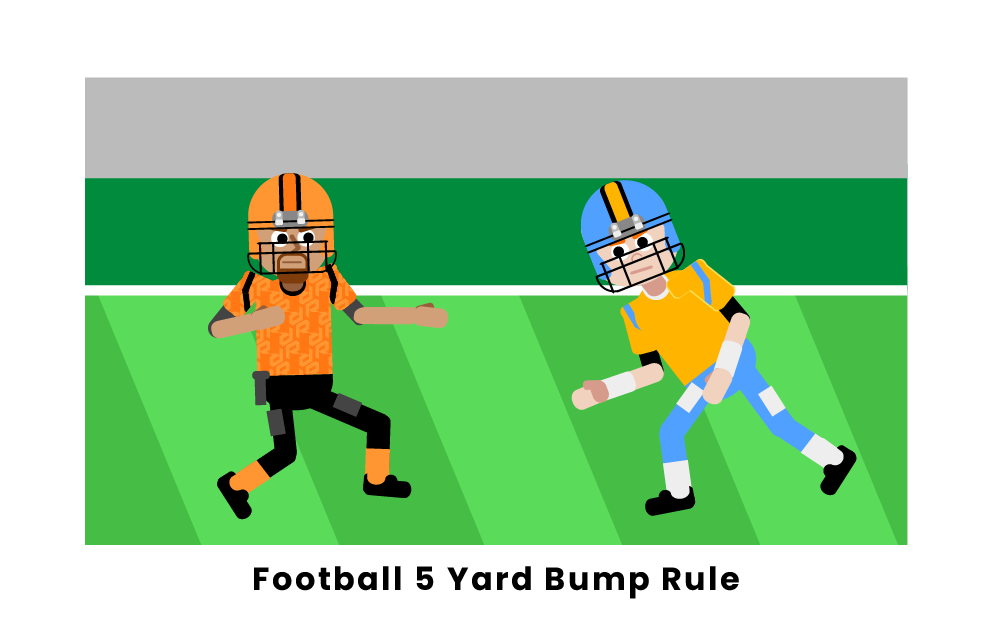 The five yard bump rule in football is a rule that deals with illegal contact. Normally, when a defender lines up opposite a receiver, the defender cannot be the first one to make physical contact as long as the quarterback (or whoever has received the snap) is still in the pocket. Read below to learn more about the 5 yard bump rule.

What is the 5 yard bump rule in football?

The NFL rulebook states that, within a five yard area of the line of scrimmage, a defender may make and sustain contact with that receiver. As soon as the players go beyond that five yard area, the defender must let go of the receiver and allow him to run free of contact.

A violation of one of these rules will result in an illegal contact foul, and the offense will be given five yards in addition to an automatic first down.

History of the Five-Yard Bump Rule

The five yard bump rule is not new. However, in 2014, the NFL determined that players were getting away with illegal contact far too often. As a response, referees were told to start paying more attention to the five yard bump rule in order to eliminate certain types of play. These included illegal contact with a receiver even if he was not the passer’s intended target, receivers taking hits closer to the center of the field, and the holding of receivers’ jerseys within the five yard area.

In college football, this aspect of the game is much more physical. As long as the ball has not left the quarterback’s hand, the defensive player can make contact with the receiver at any point in an attempt to defend against the pass. In other words, the rule is not in place at the collegiate level.