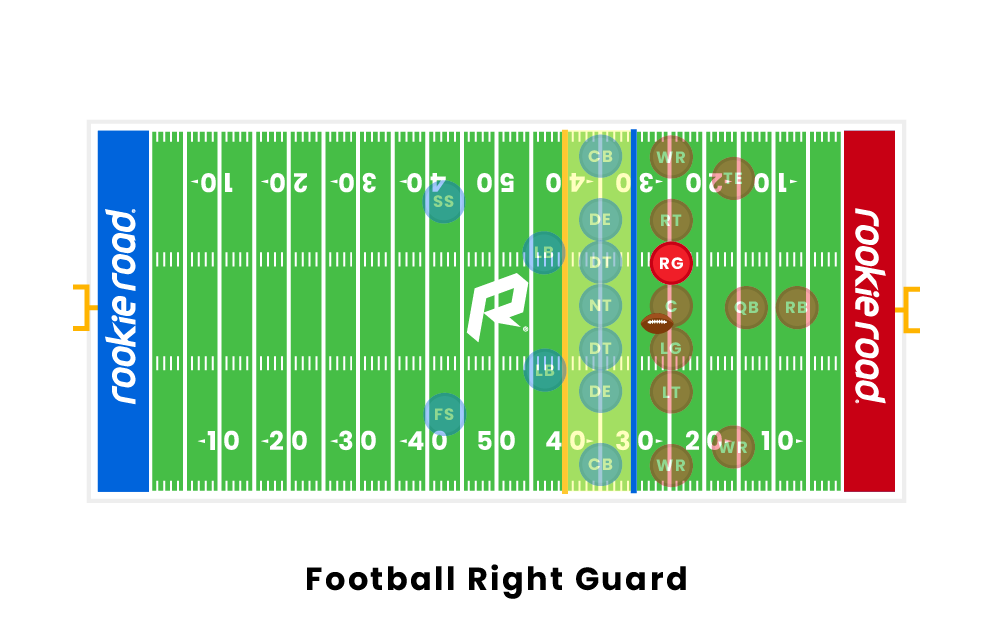 Too often, right guards are unsung heroes in football, as their role does not involve scoring touchdowns or sacking the quarterback. However, right guards play a key part in the offensive line, which builds a wall for the quarterback or creates space for the run. Playing right guard is extremely demanding from a physical standpoint and requires a great amount of awareness.

In a pass-heavy NFL, where the quarterbacks are the focal point of the offense and the highest-paid players on the roster, it is crucial for the offensive line to protect their quarterback. If they fail to protect them, the most valuable player on the field could get injured.

The right guard has one of two roles, based on the play call. If the head coach and the offensive coordinator decide to go for a pass play, the right guard is in charge of protecting the quarterback on the right side. When this happens, the right guard creates a wall with the center and the right tackle to hold back any blitz attempt.

Right guards have to be one of the strongest players on a football roster. Right guards also have to be among the tallest, largest members of the team in order to match up against the opponents’ defensive line.

Ultimately, a right guard has to have a certain type of body to be able to make an impact, whether it is a pass or run play. They must also be able to move laterally extremely quickly, as they must move into a position to block incoming defenders right after the snap. Also, since they make intense physical contact on almost every play, they must be durable and have excellent endurance. The third crucial skill for right guards is their awareness and quick decision making, as this can be the difference between a fully-protected quarterback and a sack.

What Does A Right Guard Do In Football?

What Is A Right Guard In Football?