Football Removal of the Helmet Penalty 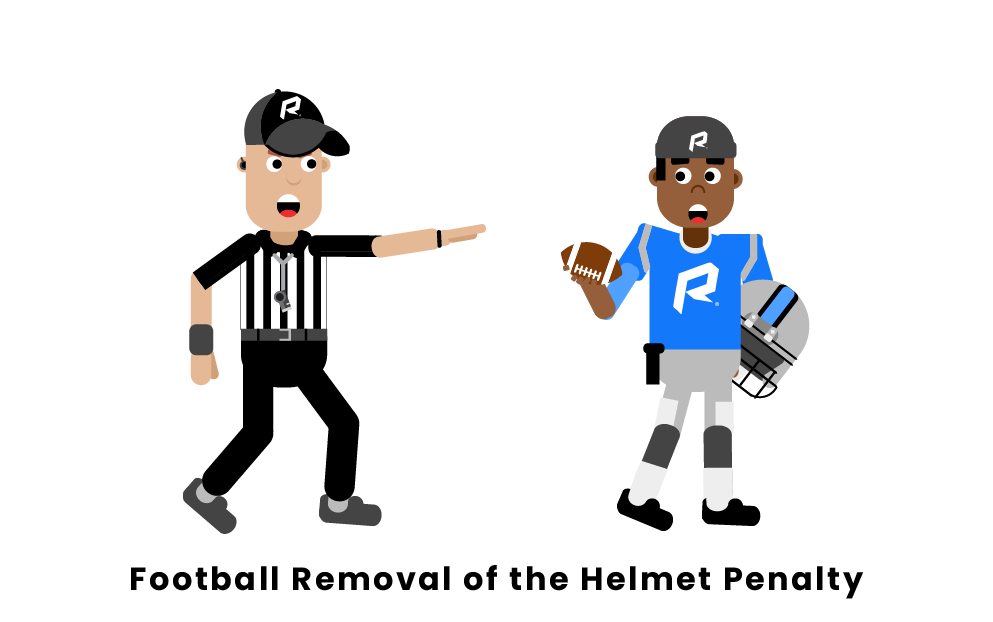 Removing your helmet during a game of football can be costly, as there is a strict rule at most levels of the game that players on the field cannot be unhelmeted. Removing your helmet on the field before, during, or after a play may get you flagged for a penalty. This penalty is most often called during celebrations after touchdowns. Players are not allowed to celebrate without a helmet on, and they also are not allowed to take their helmets off on the field on purpose. This penalty is in place to keep the game running smoothly and to protect players.

A player is not allowed to remove their helmet during a celebration in the end zone or other demonstration while on the field. This includes confrontations with officials, teammates, opponents, or members of either sideline.

Taking your helmet off is acceptable once you reach your own sideline and are out of the field of play. The rule is in place because you have no reason to remove your helmet unless you need to come off the field, in which case, you can and then later return to play. This allows the game to keep moving forward without any delays or distractions on the field.

This rule may not be enforced on game-winning plays since the game is deemed over after the score. This is not an excuse to take off your helmet and possibly throw it, which can be dangerous as the helmet is made of hard material. This penalty is not called often, and most often occurs in the end zone during a celebration. The NFL and NCAA are notorious for not allowing big-scale celebrations after a team scores. The NFL has recently allowed celebrations to come back, but taking the helmet off is still illegal.

Accidental Removal of the Helmet

The removal of the helmet penalty does not apply to the accidental removal of a player's helmet through contact with an opponent, as long as the player immediately stops participating in the play. Once a player’s helmet comes off during live play, they must remove themselves from participating in the play further or face a penalty. If the ball carrier’s helmet is accidentally removed during a play, the referee will immediately whistle the play dead. When a player’s helmet accidentally comes off, they are required to sit out for the next play, but the team is not penalized.

This penalty falls under the category of unsportsmanlike conduct. Receiving two of these fouls in the same game will result in disqualification. An unsportsmanlike penalty will cost your team 15 yards in the NFL and NCAA. 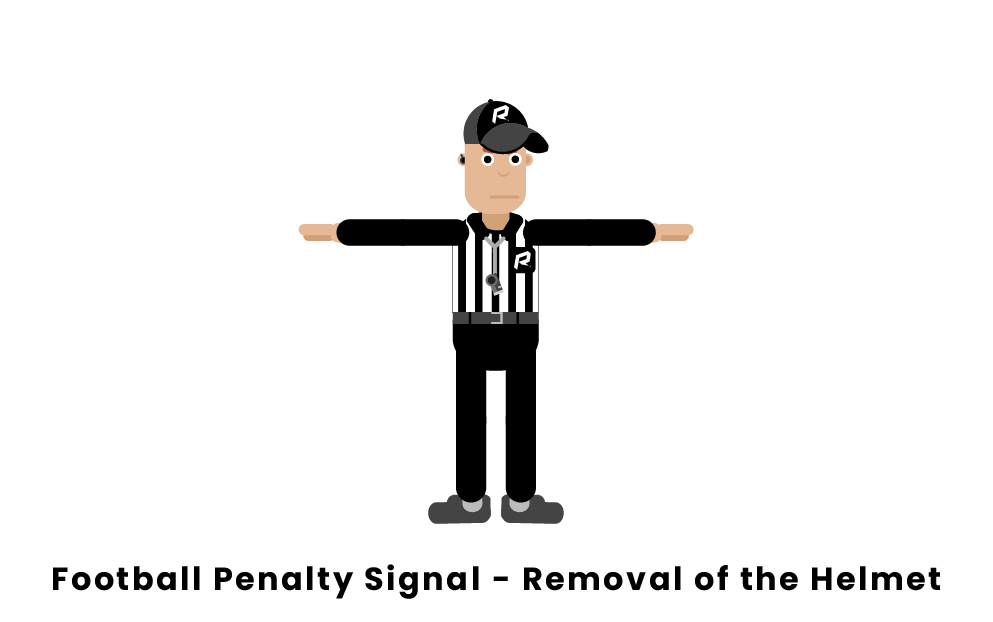 The signal for the illegal removal of the helmet is the same signal for all other unsportsmanlike penalties. The referee will extend both arms out horizontally. Instead of crossing his arms to signal an incomplete pass, he will stay in this position. He will also point with one arm to the offending team’s side following the unsportsmanlike conduct signal.

Similar Penalties To Removal of the Helmet

Can you remove your helmet on the field in the NFL?

Why is removing your helmet a penalty in football?

Removing your helmet is a penalty in football because it is unsafe to be on the field of play without a helmet on. Even if the play is over, there are still many moving parts on the field that could result in a player being injured. Taking your helmet off to celebrate is also considered unsportsmanlike conduct, much like an excessive celebration.

What is the penalty for your helmet coming off in college football?

If a player purposefully removes their helmet on the field in a college football game, they will be charged with a 15-yard unsportsmanlike conduct penalty. If the player's helmet is accidentally knocked off by an opponent during a play, there is no penalty as long as the player does not continue playing. Players that continue to block, tackle, or otherwise participate in play after losing their helmet may face penalties. When a player’s helmet accidentally comes off, they are required to sit out for the next down.

Pages Related to Football Removal of the Helmet Penalty