The box man is the person who holds a flag at the line of scrimmage. He is a member of the chain crew, or chain gang, and is positioned on the sidelines of the football field. At the beginning of a new set of downs, the box man stands with his indicator marking the line of scrimmage that the linesman called. One member of the chain crew holds his indicator, which is a tall orange arrow that has a target on the top, and another holds an indicator ten yards away. The box man will set his box to a number 1, another tall stick, indicating the down number. He changes this according to the game.

The box man works in tandem with the other two indicator operators. All three work together to show the line of scrimmage and ten yards beyond it, showing what mark the offensive team has to reach in order to complete the down and maintain possession of the ball. The other operator will move down ten yards and mark the field with his indicator.

After each play, the box man will relocate to the appropriate line of scrimmage and mark his box accordingly. For a change of possession, the box man and the other operators will not move much, they move synchronously up and down the field.

Players rely on the boxman and the rest of the chain crew for updates during the game. They look at the numbers and line of scrimmage indicator to make sure they are covering the right distance. They are positioned on the sidelines and wear yellow and black vests so players spanning the field can see them. 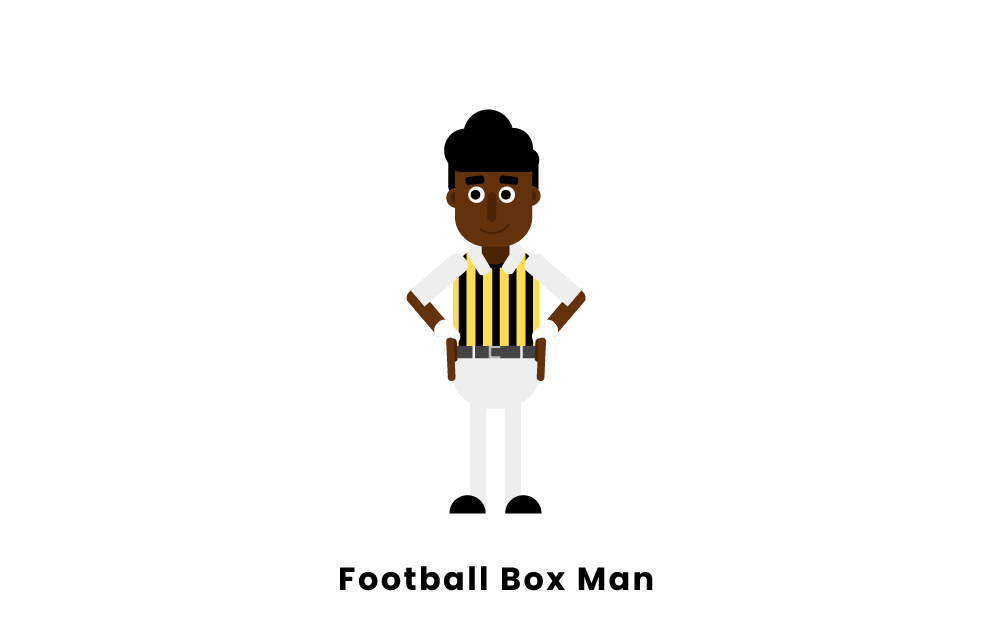