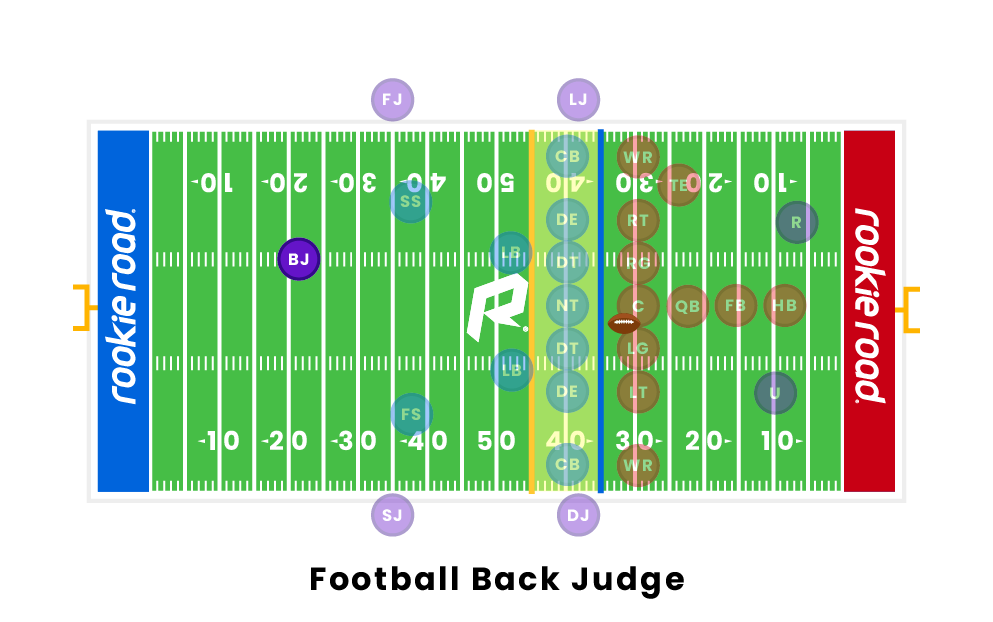 The back judge is responsible for keeping track of TV commercial breaks, tracking any 45-second or 25-second clock situations, and counting defensive players on the field.

The back judge covers the field that is between them and the umpire, which is a wide part of the middle field.

The back judge is mostly responsible for the tight end, and ensuring that any defensive penalties or illegal blocking is called. They are the official who will determine which team is awarded the ball after a fumble and makes calls on legal catches. When it comes to delay of game calls, the back judge is in charge of making those calls when it comes to the game clock. The back judge also has the final say on whether or not a kick is legal.

Pages Related to Football Back Judge