Who Is The Best Team In American Football? 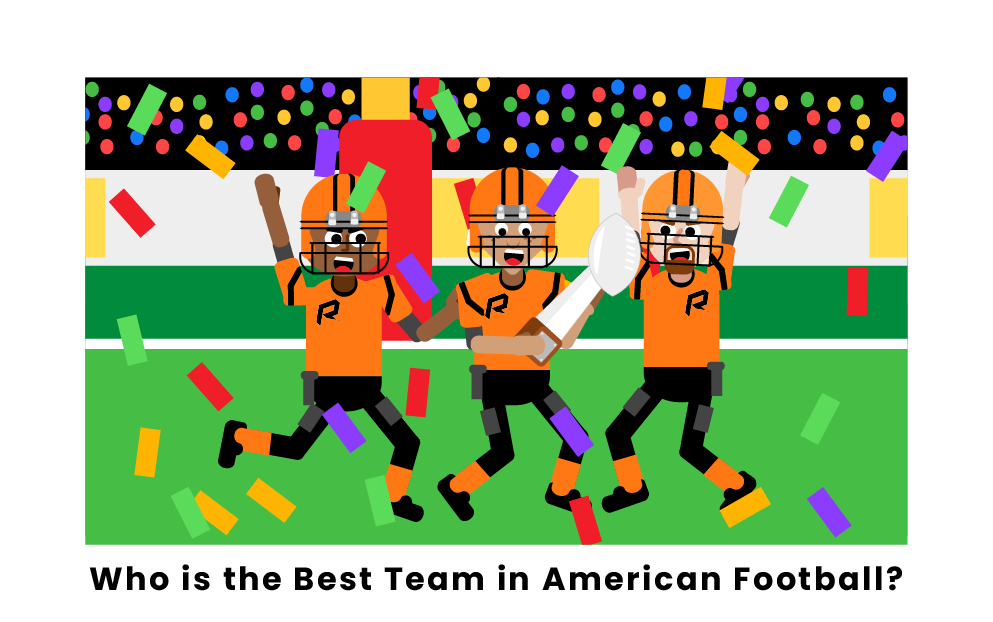 The best team in American football is a highly debated topic that is usually a matter of opinion. In the NFL, the best teams historically speaking include the New England Patriots, Pittsburgh Steelers, Green Bay Packers, and the Dallas Cowboys. This is based on a variety of statistics from over the years.

For many, the team with the highest win percentage (the percentage of wins out of all games played) would be the best of all time. As of the end of the 2021 season, the Green Bay Packers have the highest overall win percentage at .572, including both the regular season and postseason.

NFL Team With Most Points in a Regular Season

Another measure of excellence in the NFL is by points scored, with teams being judged on how many points they score in their games and seasons. In terms of teams with the highest number of points in a regular season, the 2013 Denver Broncos take the cake. The 2013 squad, led by legendary quarterback Peyton Manning, scored a whopping 606 points in the 2013-2014 season, finishing with a record of 13-3. The Broncos reached the Super Bowl that year, facing the Seattle Seahawks, and unfortunately, losing to them by a score of 48-3.

NFL Team With Most Points in a Single Game

In terms of the most points scored by a single team in one game, we have to dig deeper into the NFL archives, going back to 1966. In that year, the Washington Redskins put up the highest score by a single team in NFL history, scoring 72 points in a game against the New York Giants on November 27, 2966, where the Giants scored 41 points.

NFL Team With Most Wins of All Time

Some may consider the team that has the most wins to be the best team in football. For the NFL, the Green Bay Packers and the Chicago Bears have the highest number of wins, at 785 regular season and postseason wins all-time. The Packers and Bears are both among the oldest NFL franchises, so they have had more chances to win than most other teams!

The accolade of an undefeated regular season is a bit more complicated to track than others, as the structure of an NFL regular season has changed and evolved over the decades. In the early 1920s, when the league first started, seasons were often short, and thus, it was easier for a team to go undefeated.

However, as time passed, the season lengthened and eventually reached the 17 games per team that are currently played in modern football. As a result, undefeated seasons are now much rarer. Since 1990, for example, the only team to manage an undefeated regular season was the 2007 New England Patriots, who managed a perfect 16-0 regular-season record and an 18-1 record after the playoffs, though they lost the Super Bowl that year to the New York Giants.

The only truly perfect season in NFL history came in 1972, when the Miami Dolphins achieved a perfect 14-0 regular season and then won all of their playoff games and the Super Bowl. Led by Coach Don Shula, the 1972 Dolphins have gone down as one of the greatest teams in NFL history, the only team in league history with a true “perfect season.”

NFL Team With Most Playoff Appearances

The Dallas Cowboys are the team with the most playoff appearances. They have played 64 postseason games, winning 35 of them.

NFL Team With Most Playoff Wins

The New England Patriots have the most playoff wins, with 37 victories to their name. They also have the highest postseason win percentage (.627).

Since the Super Bowl champion is the winner of the entire league each year, many fans would say the team with the most championships should be considered the best. In the history of the NFL, the Patriots and the Pittsburgh Steelers lead the league in Super Bowl Championships, both having six. This would make the two teams tied for best ever, though the Patriots are the more recent champions!

What is the best football team?

The best football team changes from year to year. However, NFL teams that have consistently displayed dominance throughout their histories include the Dallas Cowboys, Green Bay Packers, New England Patriots, Pittsburgh Steelers, Chicago Bears, Las Vegas Raiders, and New York Giants. Some people think that winning Super Bowls is all that matters. If that is true, then the Steelers and Patriots are tied for the best with six Lombardi trophies apiece.

Who is the most successful American football team?

The most successful American football team is up for debate. There are many ways to measure success, and several teams can reasonably claim to be the most successful. One of the oldest teams, the Chicago Bears, has played and won the most games. But their rivals, the Green Bay Packers, have the highest winning percentage. The Steelers and Patriots are tied for the most Super Bowl wins. There is no perfect answer to this question, and the variety of elite teams is one of the great things about NFL football.

Which NFL team has the most fans?

The Dallas Cowboys is the NFL team with the most fans. The Cowboys have over 8.5 million fans, and they have the most-followed NFL team Facebook page. The Cowboys’ franchise is the highest-valued in the NFL, no doubt partly a result of its massive fan base. Known as “America’s team,” the Cowboys have sold out every home game since 2002. Not only is the Cowboys’ fan base huge, it’s also dedicated.

Pages Related to Who Is The Best Team In American Football?