Where Is Football Most Popular? 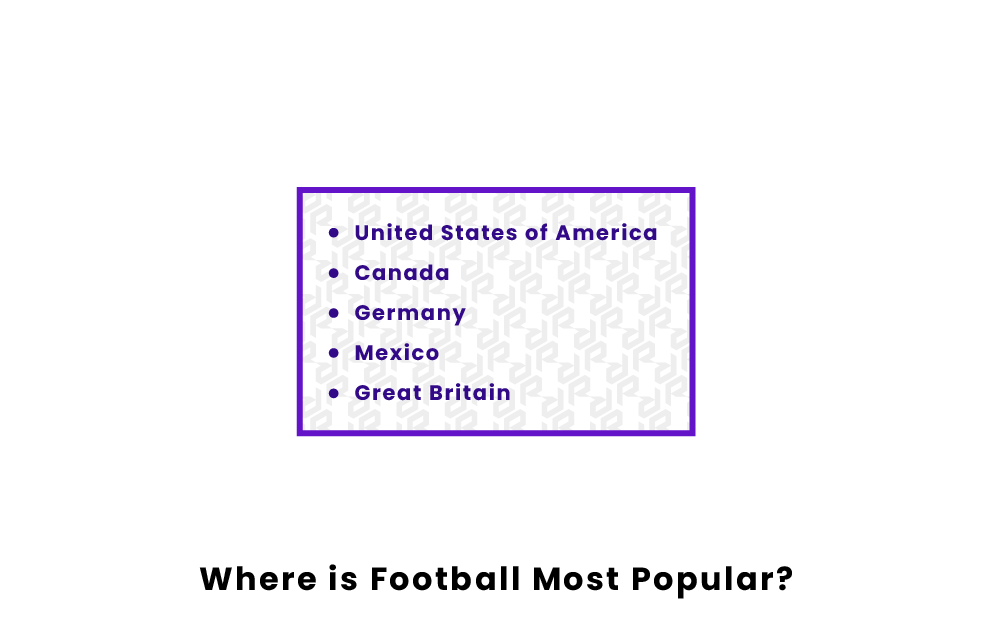 The United States of America is where football was invented and where it is most popular. The game has been a staple of American culture for over a century, and the National Football League is one of the most-watched sports leagues in the world. Football in the United States started with intercollegiate play in the late 19th century, and developed into a professional game in the early 20th century.

American football is also extremely popular in Canada. The Canadian Football League (CFL) is the second-most popular American football league in the world. While the CFL has slightly different rules than the NFL, it is still considered the same sport. Canada also adopted American football quite early, also during the 19th century. In the 2021-2022 NFL season, there were a total of 24 Canadian players on NFL rosters.

Though they do not have a national league, Germany is the most popular country for American football in all of Europe. They have a massive club network that plays games against one another and ends in a club championship at the end of each season. These teams play at such a high level that they even had one of their members picked in the 2016 NFL Draft. As of 2021, certain German teams also play in the newly founded European Football League (EFL). With consistently growing numbers, Germany has over 50,000 players among its hundreds of clubs.

Though American football games of some kind have been played in Mexico for over a century, college football leagues began being played there in the 1920s. In 2016, the Liga Futbol Americano became one of the only two national professional football leagues outside of the United States. While the majority of the league is centered around Mexico City, LFA games continue to pack stadiums with thousands and thousands of Mexican fans.

Where is football most popular?

American football is most popular in the United States. The sport itself was invented in the late 19th century in the United States. The nation now hosts the most popular American football league in the world, the National Football League (NFL). It also has the most registered participants, with over five million people over the age of six playing competitive football.

Which countries have professional football leagues?

The three countries which have professional football leagues are the United States of America, Canada, and Mexico. While American football of course originated in 19th century America, the Canadian Football League (CFL) was founded in 1958 and Mexico’s Liga Futbol Americano was founded in 2016. It is worth mentioning though that some countries have attempted a national league and had them eventually fall, leaving the current number solidly at three.

What is the NFL International Series in football?

The NFL International Series is a special event in which several regulation season NFL games are played in international stadiums rather than in American venues. This began in 2007 when the Arizona Cardinals and San Francisco 49ers played in Estadio Azteca in Mexico City. Since that game, the NFL has hosted several international games almost every season in the UK, Europe, and Mexico.

Pages Related to Where Is Football Most Popular?