When Was The First Touchdown Scored In NFL Football? 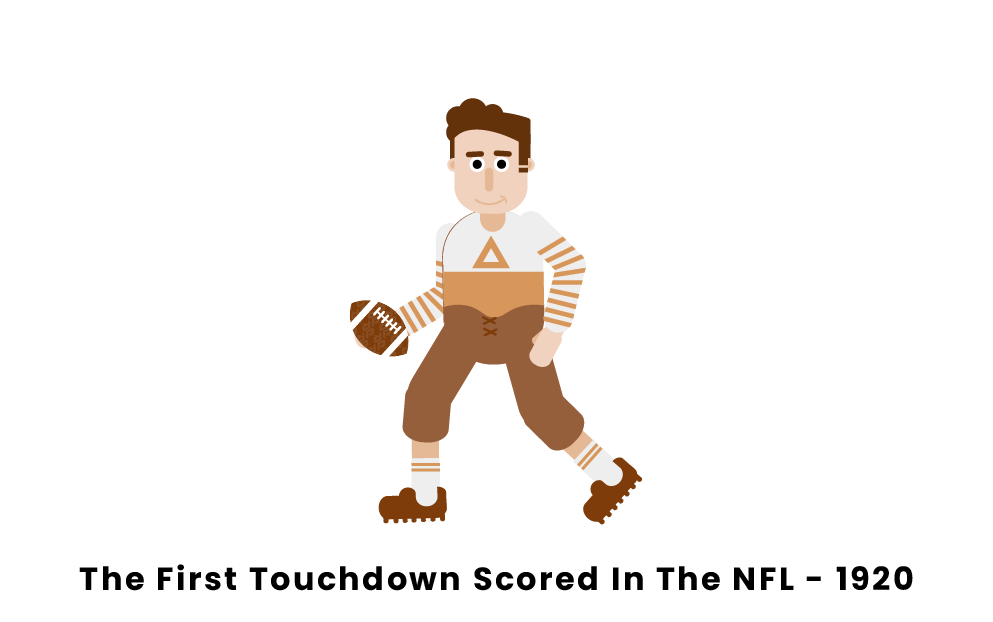 When Was the First Touchdown Scored?

The first touchdown scored in NFL history occurred on September 26, 1920, in a game between the Rock Island Independents and the St. Paul Ideals. The league at the time was called the APFA, and the Independents were a member. Independents’ running back Eddie Novak scored the first-ever touchdown on a 10-yard rush. The Independents would win the game 48-0, and Eddie Novak would score two touchdowns on the day.

However, the St. Paul Ideals were not members of the APFA, so there is some disagreement as to what actually counts as the first NFL touchdown. The first game between APFA opponents came on October 3, 1920 between the Dayton Triangles and the Columbus Panhandles. Triangle’s player Lou Partlow scored the first touchdown in that game. The Dayton Triangles would win that day 14-0.

When Was the First Touchdown in the NFL Scored?

In 1922, the APFA renamed themselves the National Football League, or NFL, as it is known today. The first touchdown in the newly-named league came on October 1, though it is unclear as to which player scored it, as several games were occurring simultaneously.

In 1966, the NFL decided to merge with the recently created AFL, and the merger became effective in 1970. The first touchdown was scored in the first game of the season between the St. Louis Cardinals and Los Angeles Rams. Willie Ellison caught a three-yard pass from Roman Gabriel on September 18.

Who Scored the First Touchdown in Super Bowl History?

Who did the first touchdown dance in NFL history?

Credit for the first touchdown celebration in NFL history belongs to Elmo Wright, who performed the inaugural rendition of a touchdown dance as a member of the Kansas City Chiefs in 1973.  The player credited for popularizing dancing after scoring a touchdown is Billy “White Shoes“ Johnson during the 1970s. He was revered for his comically named “chicken dance” celebration.

Pages Related to When Was The First Touchdown Scored In NFL Football?