What It Means To Be A Quarterback In Football? 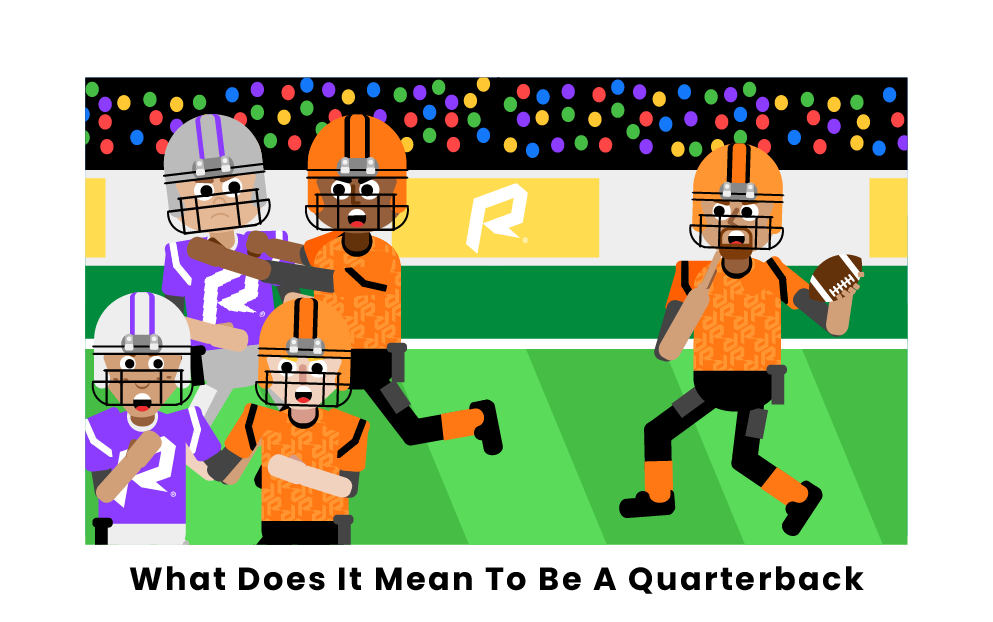 The phrase to quarterback, or quarterbacking, means to take control of something. This is a reference to the quarterback position in football, often considered the most important position in the game.

A quarterback must know all of the in-and-outs of both football teams playing and the rules of the game. They are considered an on-field coach as they must run the offensive unit to win games.

What Is A Quarterback?

What Does A Quarterback Do?

In football, a quarterback gets the ball from the center to start each scrimmage down. A quarterback can throw a pass, hand off the ball, or run with it. Aside from the coach, the quarterback is viewed as the leader of their team. A quarterback’s responsibilities include communicating with teammates, directing the play, reading the defense, and managing the clock.

A quarterback must know all of the in-and-outs of the game and its rules. They should also fully comprehend their own offense and the defense they are playing against to exploit weaknesses. Quarterbacks are considered an on-field coach as they run the offensive unit.

What Makes A Good Quarterback?

Quarterbacks are often judged on their ability to throw touchdown passes in comparison to interceptions. The most elite quarterbacks have a large number of passing yards, touchdown passes, and a high percentage of pass completions each season. The qualities of a good quarterback include accuracy, arm strength, field awareness, understanding of the opponent, and the ability to move well under pressure.

What is a quarterback in football?

Quarterbacks are widely considered the centerpiece of any football team and are tasked with running the offense and throwing passes downfield in an attempt to score touchdowns. Quarterbacks are also the player the offensive line is tasked with protecting at all times, as quarterbacks handle the ball more than any other position on the field.

How much do NFL quarterbacks make?

To little surprise, quarterbacks are the highest paid players in the NFL, making an average salary of around $16 million. This figure only includes starting quarterbacks, as the gap in pay between a starter and backup is much larger than most positions. In fact, each of the top 11 highest paid contracts on an annual basis are all quarterbacks. Some of the highest paid NFL quarterbacks make upwards of $50 million a year.

Who is the best quarterback of all time?

The quarterback widely considered to be the greatest of all time is Tom Brady, who played for the New England Patriots from 2000-2020, and has played for the Tampa Bay Buccaneers since 2020. Though he was a measly 199th draft pick in his first year, Brady earned his chance to shine after Patriots quarterback Drew Bledsoe was injured in 2001. Upon taking the field, Brady began an absolutely dominant career, leading the Patriots to nine Super Bowls, of which he won six, and then leading Tampa Bay to his seventh Super Bowl victory in 2021. Though he briefly announced his retirement in February of 2022, Brady returned to football after only 40 days, and is scheduled to play for Tampa Bay yet again in the 2022 season.

Pages Related to What It Means To Be A Quarterback In Football?