What Is The Longest Field Goal Kicked In College Football? 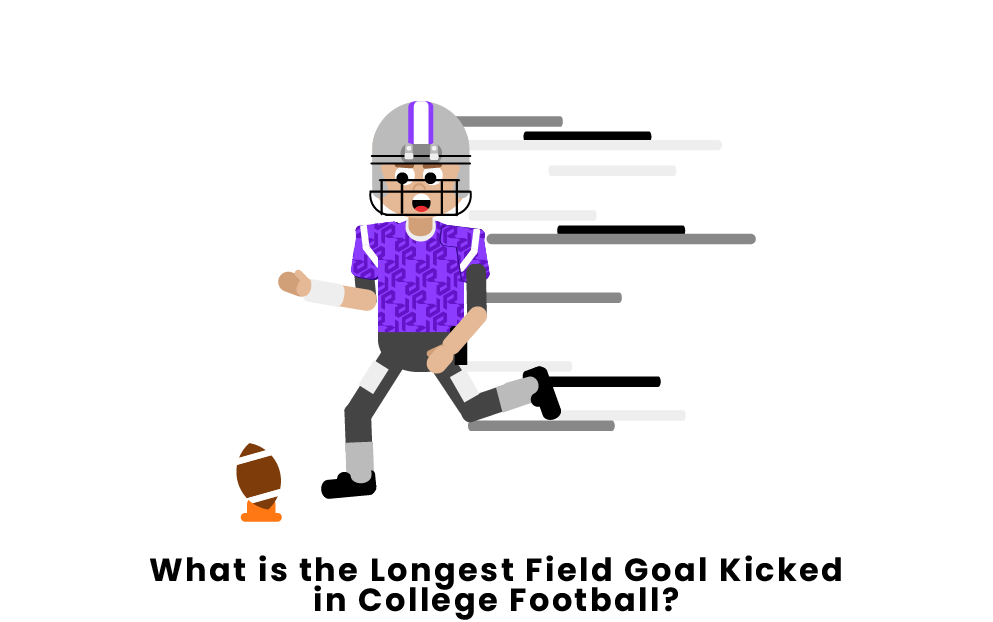 What is the Longest Field Goal in College Football Ever?

The longest field goal made in college football history, which is also the longest field goal made in organized football, was 69 yards long. The kick was made by Abilene Christian University’s kicker, Ove Johansson, on October 16, 1976, during the first half of ACU’s homecoming game against East Texas State University. Curiously, the previous record belonged to Texas A&M kicker Tony Franklin, who only a few hours earlier, on the same date of October 16, 1976, had made a 65-yard kick against Baylor University.

However, Ove Johansson’s field goal does not appear in many “longest field goal made” lists. That is because, at the time, Abilene Christian University was a member of the NAIA, while the NCAA is considered the primary college football governing body.

Swedish-born Ove Johansson came to America to play semi-pro soccer in Dallas, Texas. In Dallas, he met and fell in love with a young woman named April Bankes, who was heading to Abilene Christian University. They dated for about half a year before Johansson moved to West Virginia to play college soccer.

Desperately in love, Ove was determined to move to Abilene Christian, even though he was under scholarship halfway across the country. The solution he found was simple: use his soccer skills to get a football scholarship. Ove Johansson practiced field goal attempts for half a year, impressed the football staff with his leg power and accuracy, and got the desired scholarship.

In the same season as his record-breaking kick, Ove Johansson seriously injured his knee. His lone season at ACU was enough to get him drafted into the NFL. However, his knee never fully healed, and Ove Johansson ended up having a short-lived NFL career, far from the player he showed he could be. Ove and April Johansson were married in 1976 and remain married to this day, having a daughter and a son.

What is the longest field goal in college football?

The longest field goal in the history of college football was 69 yards long and was kicked by Abilene Christian’s kicker, Ove Johannsen. The kick occurred on October 16, 1976, during Abilene Christian University (ACU)’s homecoming game against East Texas State University. During the first half of the game, ACU kicker Johannsen successfully kicked the ball from nearly 70 yards away.

What is the longest field goal in NCAA history?

In NCAA history, the longest field goal is 67 yards and is held by four different players. During the 1977-1978 season, this feat was accomplished by kickers Steve Little, Russell Erxleben, and Joe Williams. A decade later, in 1988, Tom Odle joined their ranks with his own 67-yard field goal. Though Johannsen’s kick was longer, ACU was part of the NAIA organization rather than the NCAA organization when he made his legendary field goal.

What is the longest NFL field goal?

The longest field goal ever made in an NFL game was 66 yards, kicked by Justin Tucker of the Baltimore Ravens. Tucker’s game-winning and record-breaking field goal took place on September 26th, 2021, in a game against the Detroit Lions. Tucker successfully drove the field goal through the goal posts as time expired to lift the Ravens over the Lions and break the record for longest-ever NFL field goal in the process.

Pages Related to What Is The Longest Field Goal Kicked In College Football?