What Are The Positions On A Football Team? 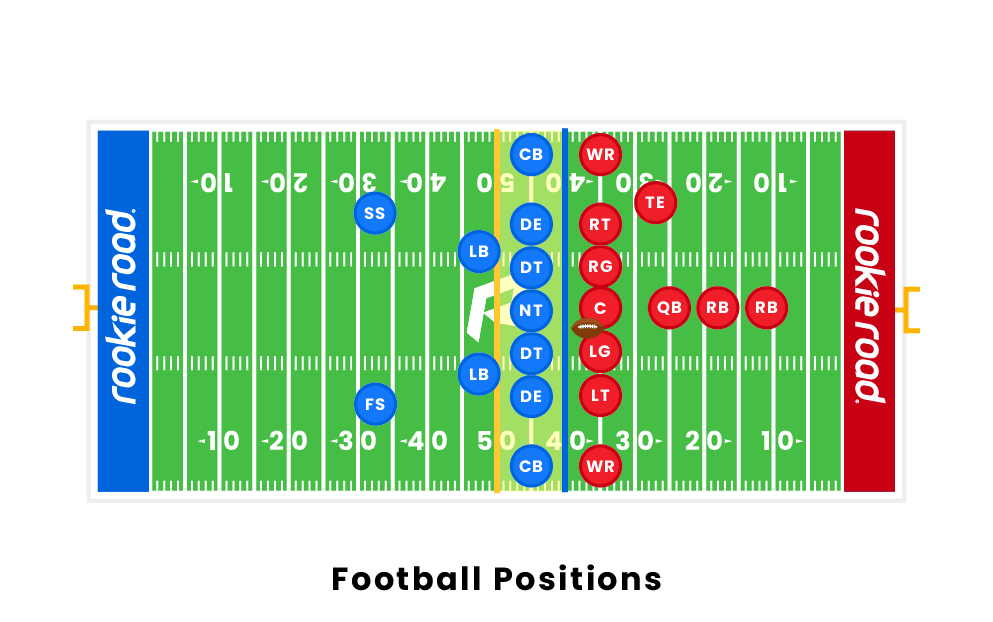 A football team has three main units of players categorized into offense, defense, and special teams. Below, we will explore all of the player positions in each of these units. 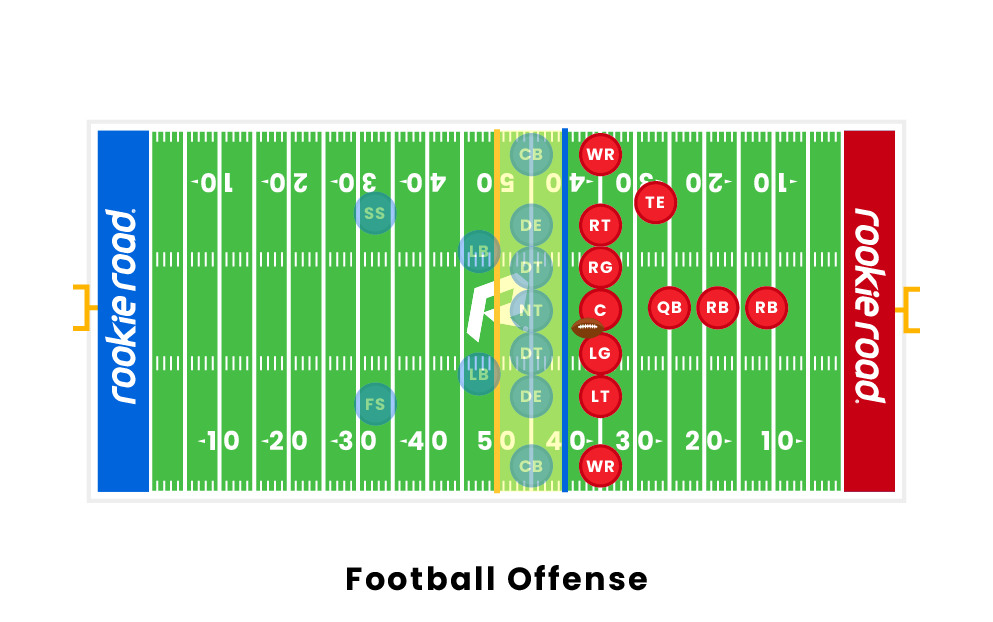 The offense is brought onto the field whenever a team has possession of the ball and is trying to score points in the opposing team's end zone.

The offense can be broken down into two groups of players:

There are five players in a typical offensive line. Located on the line of scrimmage, the offensive line has the role of countering the opposing team's defensive line, protecting the quarterback, and getting the ball carrier through openings, called “gaps,” in the defense. The offensive line consists of the following players:

The main role of the offensive line is to serve as a blocking group. However, the center will always start each scrimmage down with a snap to the quarterback.

The backs are a group of players located in the offensive backfield: 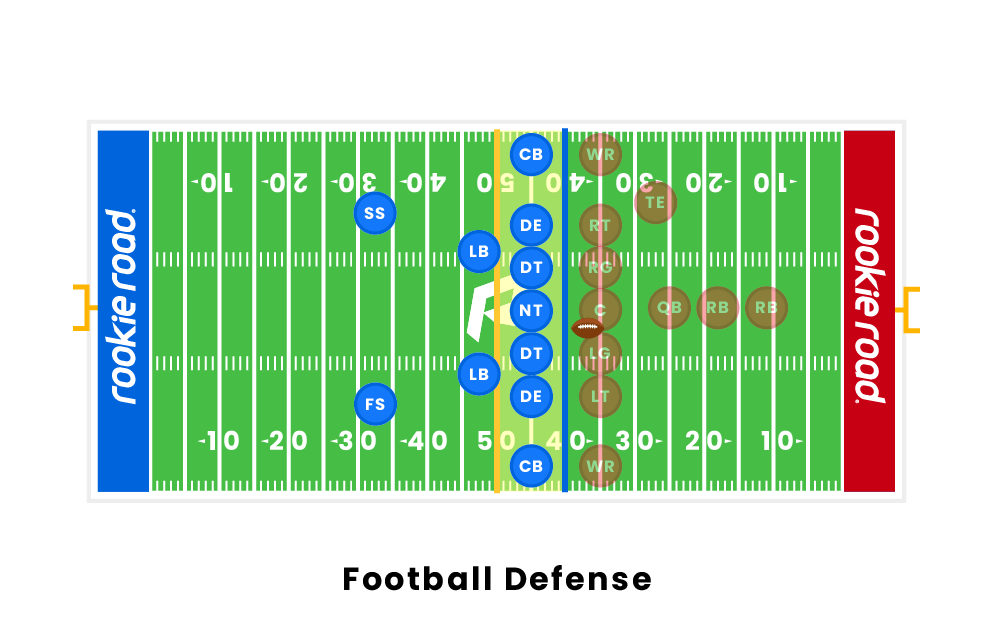 The defense comes onto the field when a team is trying to prevent the opposing team from scoring points. There are several defensive schemes and strategies, but regardless of that, the defense can be broken down into two groups of players:

The secondary is a group of players located in the defensive backfield. They usually consist of the following positions: 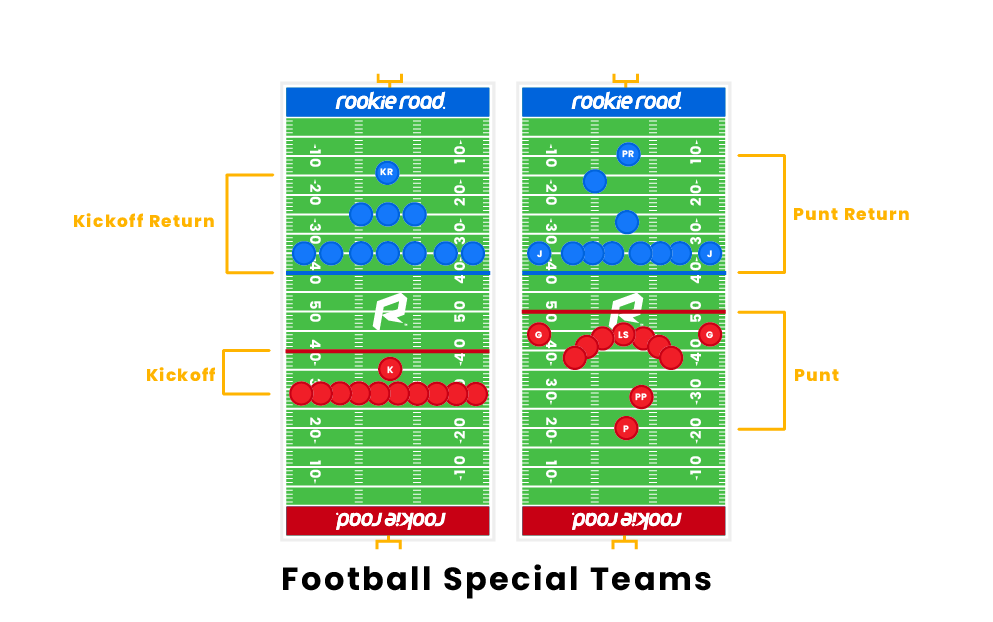 The special teams will come onto the field whenever a kick or a return is being performed.

The special teams can be divided into the following types of players:

Pages Related to What Are The Positions On A Football Team?