How Many Points Is A Blocked Field Goal Return In Football? 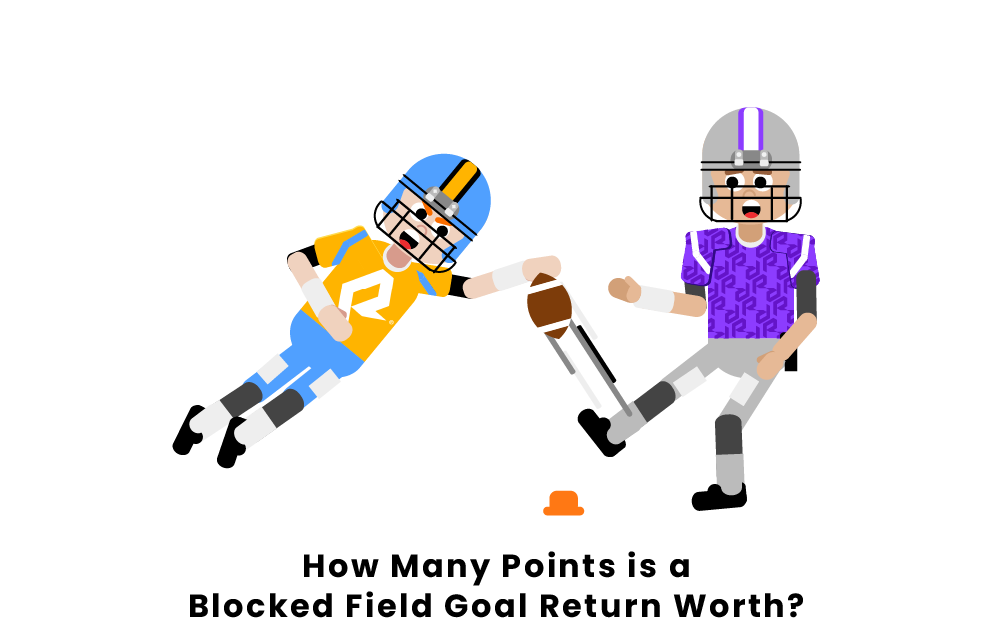 A blocked field goal return is a regular touchdown, and it is worth six points, plus the chance for an extra point or two-point conversion. On field goal attempts, once the snap is made, the ball is considered to be in play. That makes it possible for the defense to block the kick, recover the ball, and score a touchdown. For that to happen, a field goal kick must either be blocked by the defense or caught by a defending player if the kick is short. If either scenario occurs and the ball ends up in the hands of the defense, they can attempt to run the field and score a touchdown.

If the kicking team were to recover the ball after a blocked field goal attempt, the ball is still live and in play. When the offense recovers the ball and is downed before they reach the first down marker, they will turn the ball over on downs. However, if the offense recovers the ball and is able to gain enough yards for a first down after a blocked field goal, a new set of downs will be awarded. It is also possible for them to return it for a touchdown.

If an extra point kick is blocked and returned, it is worth two points, as it is not considered to be a touchdown. A blocked extra point is rare at all levels of football. There are many things that have to go right for a team to block the kick and still end up with the ball in a position that allows them to run the whole field and score. However, when these types of play do occur, they make for some of the most exciting moments the sport of football has to offer.

How many points is a field goal worth in football?

Across all football leagues, from youth to the NFL, a field goal is worth three points. A field goal attempt should not be confused with an extra point attempt, which is about a 33-yard kick through the goalposts taken after a touchdown by the scoring team. Unlike a field goal, an extra point is only worth one point.

How many points is a blocked field goal return worth in fantasy football?

A blocked field goal return is typically worth a total of eight points in fantasy football. Specifically, the defense would earn your team six points for the defensive touchdown and an additional two points for blocking the kick. While this is certainly not a common occurrence, a play like this could very well turn the tides of your fantasy football game.

How do you block a field goal in football?

To block a field goal in football, teams will utilize their best pass rushers to penetrate the blockers on the kicking team. The ball is placed seven yards back from the line of scrimmage. After the ball is snapped, the defensive linemen will go toe-to-toe with the blockers, hoping to gain an edge that will allow them to break through and tip the ball. The pass rushers will extend their arms upward, often jumping to block the kick. If the kick is successfully blocked and recovered, the defense has the option to run the ball to the other team’s endzone for a touchdown.

Pages Related to How Many Points Is A Blocked Field Goal Return In Football?