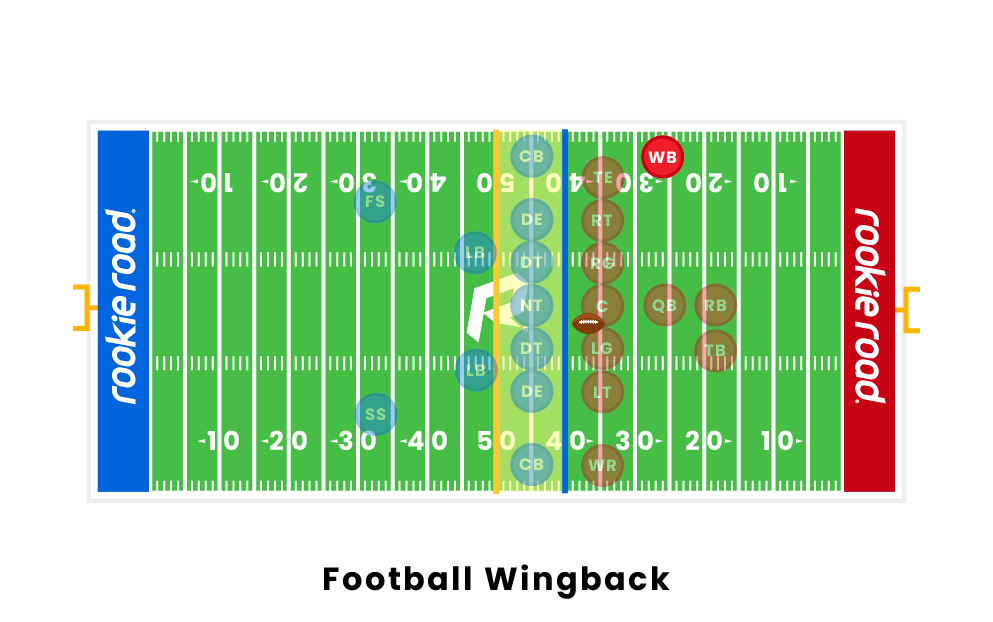 What is a Wingback in Football?

A wingback is an offensive backfield position in football used primarily in an option-style offense. While performing a role similar to a running back, a wingback aligns themself a yard wider than a tight end one yard behind the line of scrimmage. The wingback is a traditional football position, and modern college and professional teams typically do not use wingbacks.

A wingback is used in offensive formations such as the Wing-T, Wishbone, Option, or Triple Option. In an offense where wingbacks are used, two can be used, with one on either side of the offensive line. By having a versatile wingback or two lined up for every play, this offense may seem simple; however, many different plays can be run out of it. A run-heavy style is usually used based on reads made post-snap by the quarterback.

Teams that use the option-style offense have included Nebraska and Georgia Tech, while many of the service academies (including Army, Navy, and Air Force) still use this form of offense. The option offense can be used if teams have a lack of size on the offensive line, and with all of the pre-snap motion and post-snap reads, it can compensate for this lack of size and speed.

Wingbacks do act as blockers. A wingback is a running back-like position in a wing formation. In a wing formation, multiple offensive backs line up behind the line of scrimmage. The wing formation is often used when running the football and can be used to confuse the defense as to which direction the run is going. Navy and BYU continue to use this formation and play style.

Wingbacks have several responsibilities, including: