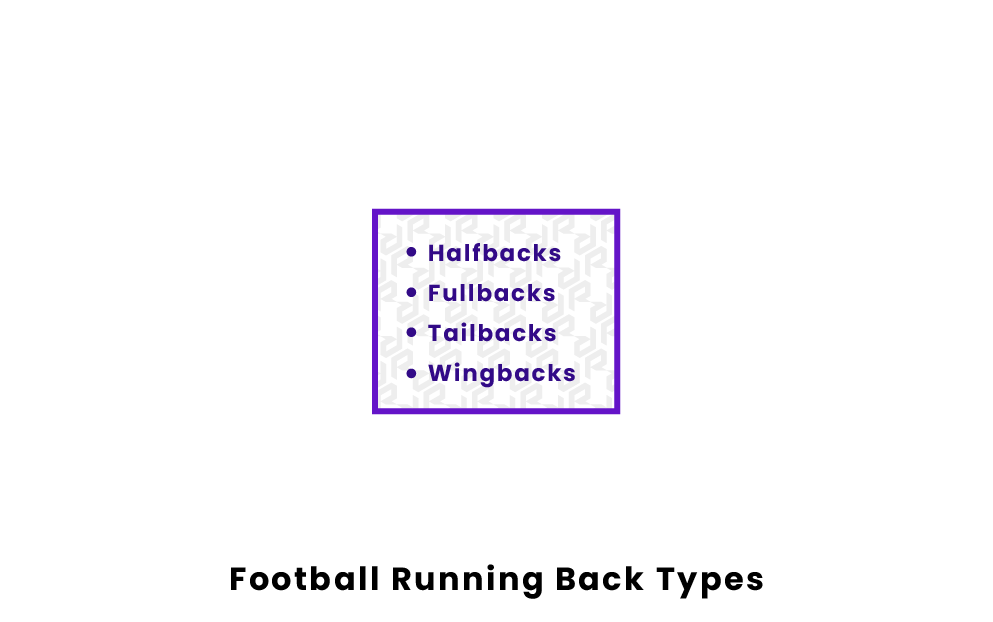 What is a Running Back in Football?

A running back is a player on the offensive side of a football team and is one of the backs who stand behind the offensive linemen, along with the quarterback. Running backs are crucial members of the offense and are responsible for making multiple types of plays, in which they often take the football and make runs for the line to gain and sometimes for the end zone.

What Does a Running Back Do?

A running back is responsible for four main tasks:

What are the Types of Running Backs in Football?

There are a number of different running back categories in football. They typically have different playstyles, strengths, and weaknesses that can be utilized by an offense in a particular formation or play type. Those types of running backs are: 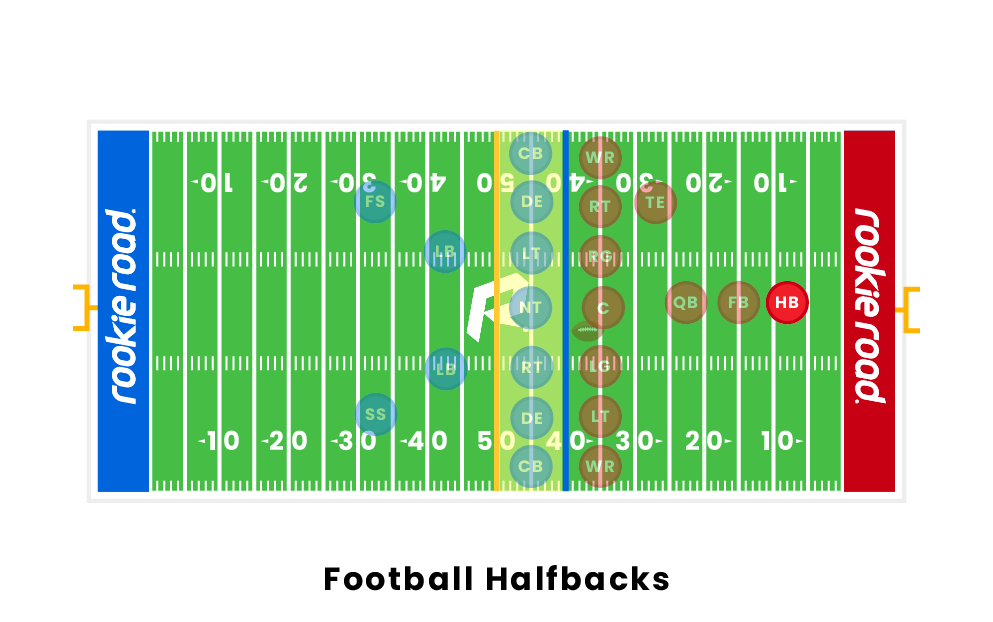 The halfback, also called a tailback, is the classic running back. That is, they line up a few yards behind the quarterback, and their main duty is to run with the ball in running plays. The halfback can also help in passing plays by blocking or even by receiving a pass sometimes. Halfbacks are fast runners and agile players that can escape tackles and leave defensive players behind. The halfback is the most glamorous of the running back positions as they are the one carrying the ball most of the time.

When teams use offensive formations with two running backs, it is usually one halfback and one fullback. The fullback will position themself between the quarterback and the halfback. The fullback’s job is to protect the halfback and open the way for them to run. The blocking duties make it necessary that fullbacks are bigger and stronger than halfbacks, which is important since they will be facing very strong defensive linemen.

The fullback, similar to the halfback, can also carry the ball and receive passes if the play calls for it. As the game is evolving, the fullback position is becoming more unusual, with many teams not having players that specifically play the position. In that case, when needed, players with similar body types, such as tight ends, can play the fullback position. 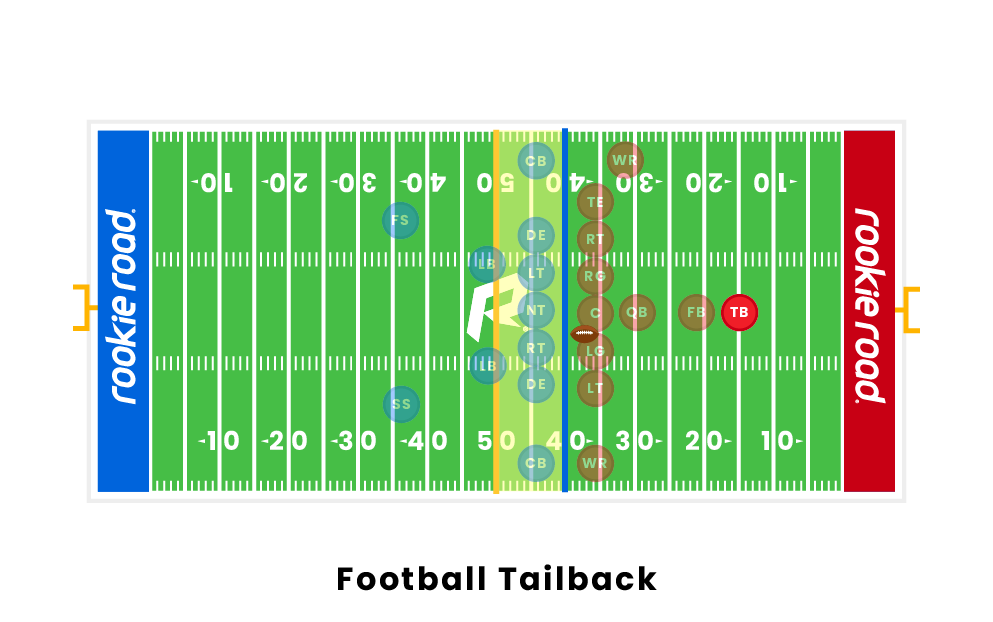 A tailback is a type of running back who is essentially the same as a halfback. Tailbacks typically participate in plays where only one running back is stationed directly behind the quarterback. This forms a T-shape with the quarterback and the offensive line. Tailbacks are commonly involved in short passing plays, where they will catch the ball in the backfield and then make a run for the first down line.

The wingback is the most versatile of the running back positions. The wingback is positioned one yard behind the line of scrimmage, near the tight end. There is no true common duty for wingbacks; their job will vary according to the play and can vary between handoffs, running, receiving, and passes. All those movement possibilities can make the defense confused and facilitate a play or a touchdown. There are no players whose specific position is wingback; different athletes with different skills and body types can play the position depending on what is needed in each play.

Other Names for Running Backs

Though the above list encompasses the position names and jobs associated with particular types of running backs, there are a number of other names given to running backs to describe their traits and where they excel in particular. Those are as follows:

A power back is a big strong running back who uses all their power and strength to get past defenders and run with the ball. Power backs are not very fast or agile due to their size and weight; their main goal is not to have long runs but to get those crucial yards in a third down situation or maybe the remaining yards on a touchdown drive.

The speed back can be considered to be the opposite of the power back. Speed backs are fast and agile and use those abilities to get past defenders. Coaches draw plays for speed backs where they can run long runs, and those types of players are used at the beginning of a down cycle. Speed backs do not have the muscle that power backs have, so they will be easily stopped by defensive linemen.

All-purpose backs are an extremely valuable type of player. These individuals can do it all; they have a rare combination of skill and strength that allows them to perform well in many plays. A good all-purpose back can change a whole team, as their versatility and abilities will have an impact on the whole offensive system and the way it executes plays.