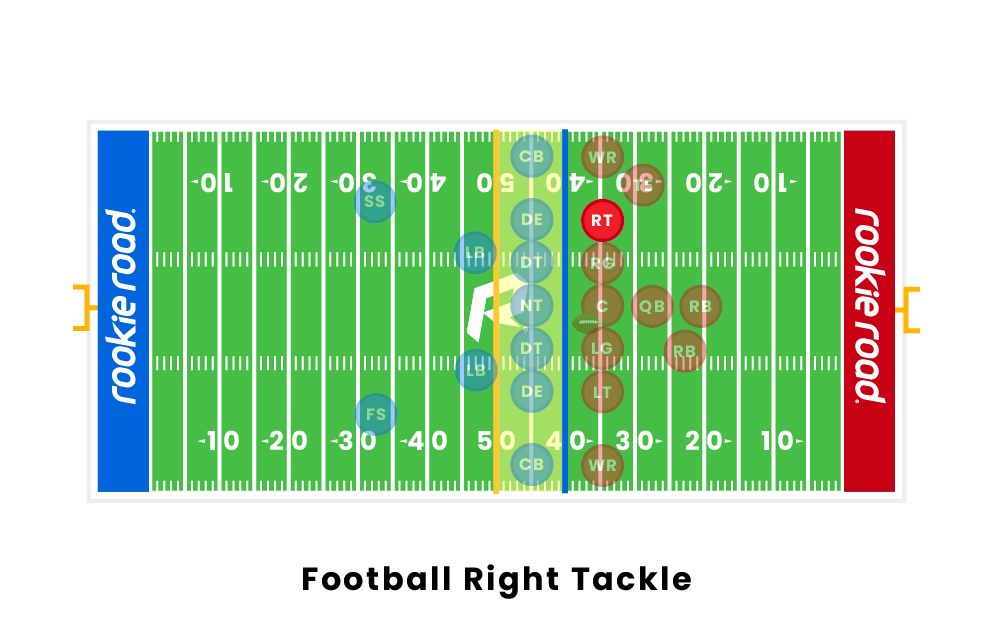 What is a Right Tackle in Football?

The tackles are generally the biggest and strongest players on a football team. Their job is to block any defensive players who are trying to get to the quarterback or to stop a running play.

The left and right tackles’ jobs are different depending on the quarterback’s blind side. Since the blind side is usually the left, right tackles will generally face the opponent’s best run-stopper. A good right tackle must combine strength with athleticism, and also have good technical skills such as footwork and play reading.

Right tackles must be able to recognize where pressure is coming from and adjust accordingly. Once they know where to defend, right tackles can set in place and push back anyone who tries to pass them.

Right tackles must also have good footwork, as they are required to move laterally extremely quickly when the ball is snapped. A right tackle with poor footwork will be overtaken by defensive players, endangering the ball carrier or quarterback.

What is a right tackle in football?

What does a right tackle do in football?

What is an offensive tackle in football?