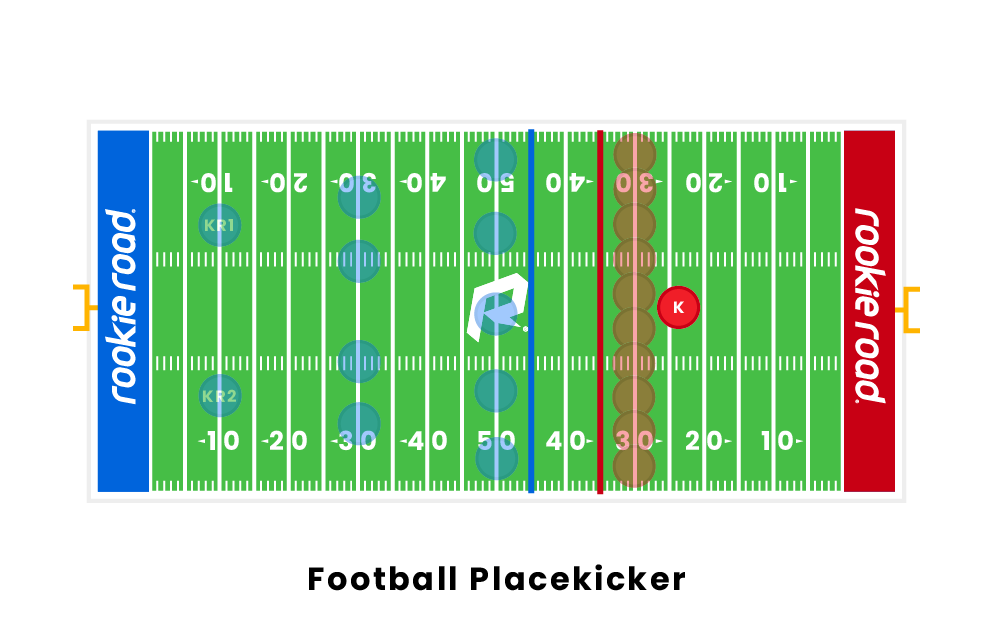 What is a placekicker in football?

The placekicker is the player on a football team who kicks field goals and extra point attempts. Placekickers typically do not play in the football game until they are needed to perform a kick. Placekickers work closely with the holder, who ensures the ball is in the perfect position for the kick. Occasionally, a placekicker will perform a punt if the punter cannot play.

A placekicker’s main role is to step in and score points where needed. He trains with a coach on kicking form, technique, and power. The placekicker’s role is to rack up points that can be essential to winning a game. Successful extra point attempts are worth one point while successful field goals are worth three points. Placekickers also kick the ball on kickoffs, which occur at the start of the game, start of the second half, and after each team scores. For kickoffs, placekickers are responsible for putting the ball far down the field to give the opposing team a less favorable field position to start their offensive possession.

Placekickers approach the ball a bit differently than other football players. Like in soccer, a placekicker begins a few steps behind the ball and runs up to kick it at an angle, like a soccer player would take a penalty kick.

Placekickers are often the smallest players on a team. This is because their size doesn’t usually influence their kicking ability, and they are not needed to defend other players. However, during a kick return, kickers can occasionally be required to tackle returners. Since many games can come down to a final field goal as time is expiring, there is a lot of pressure to make these kicks, regardless of the distance to the goal posts. This means kickers must have confidence in their abilities and nerves of steel.

A kicker must also have great coordination, as the various approaches and kicking motions in football require a well-coordinated athlete. They must also become particularly skilled at kicking rather than punting. While punting requires a simple linear kick, placekickers have a more complicated trajectory. The mechanics of these two types of kick are so different that punters and placekickers rarely even practice each other’s forms.

What is a placekicker in football?

What is the difference between a placekicker and a punter?

The main difference between the placekicker and a punter are the types of kick that they perform. Punters refer to players who exclusively punt the ball, usually during 4th down situations when the offense wants to move the ball farther down the field before they lose possession. Placekickers meanwhile do a different, less linear kind of kick used during kickoffs, field goals, and extra points.

Who is the player that takes kickoffs?