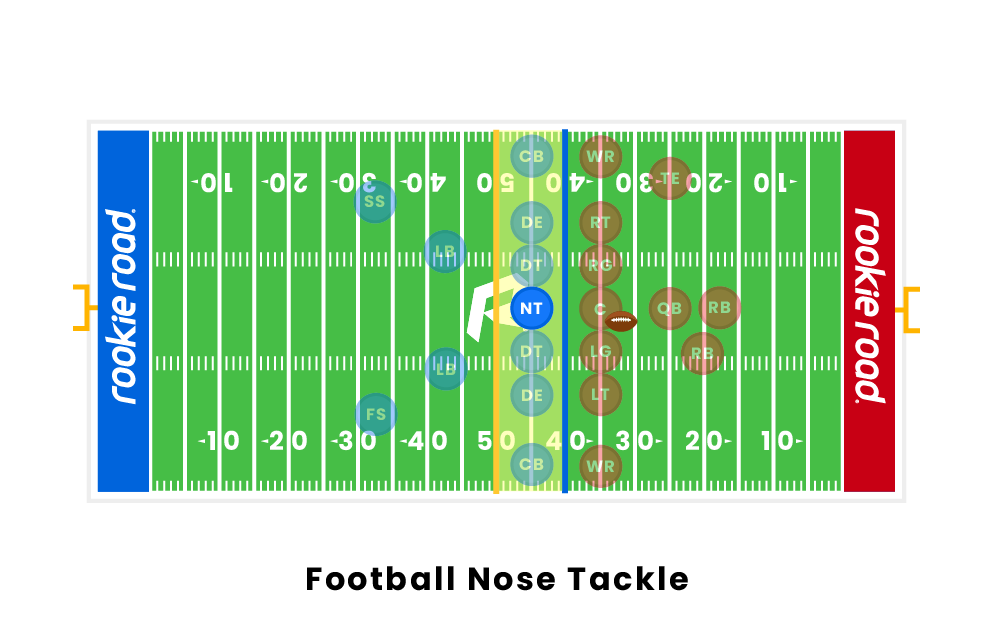 What is the Nose Tackle in Football?

The nose tackle’s primary goal is to collapse in on the offensive line and attack the quarterback and running back. They are called nose tackles because they are often “nose to nose” with the football. Nose tackles aim to jam up the offensive line so they cannot gain any yards down the field. Nose tackles rarely get sacks on the quarterback, but they are the primary run-stoppers of the defense. Most nose tackles lack statistical excellence as the position does not put them in a place to dominate statistically. However, it is an important position as the difference between a good and bad nose tackle is notable.

What is a nose tackle in football?

What is the difference between a defensive tackle and nose tackle?