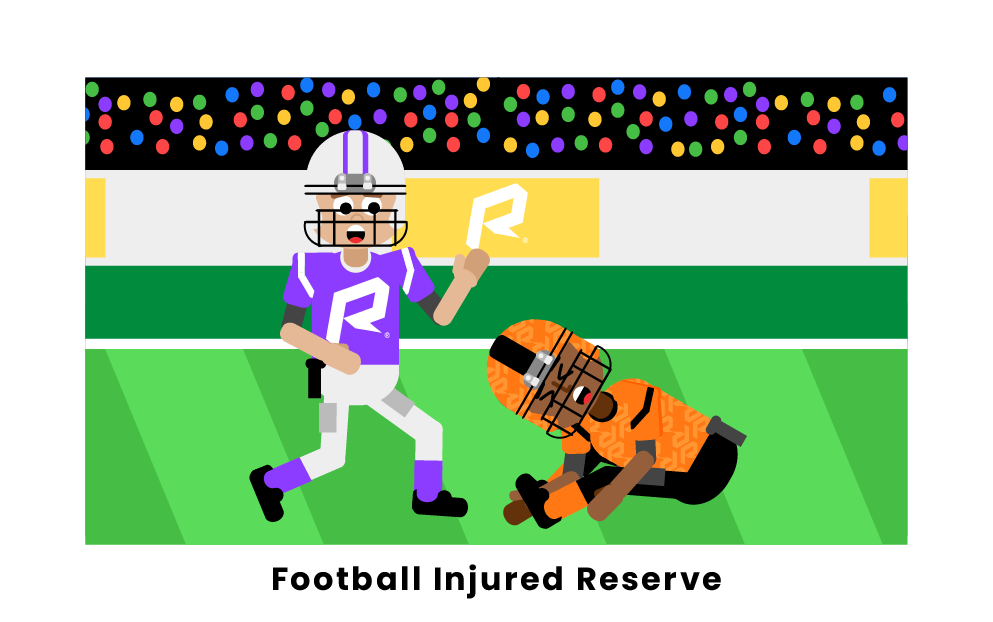 What is an Injured Reserve in Football?

The injured reserve in football is a list of players who are not on the active roster of a team due to injury that will prevent them from playing for a long time.

To get on the injured reserve list, the player must have passed a physical test before the start of the season. When placed on the reserve/injured list, this typically means the player cannot return during any point during the regular season.

The injured player can be replaced on the roster by another player. As of 2022, eight players are permitted to be removed from the Reserve/Injured list or the Non-Football Injury/Illness List and put back in the game per season (instead of staying off the field for the entirety of the season). Each player may be removed a maximum of two times from the list, but each removal counts towards the eight total removals allowed throughout the season.

Players on the injured reserve do not contribute to the team’s maximum number of players. They will typically have the abbreviation “IR” beside their name on any rosters throughout the season.

There are two types of ways that players can get on the injured reserve list. One way is if a player is injured in a previous season or training season and is no longer able to play in the following. This is known as being “physically unable to perform.” There are also “non-football injuries,” where a player is injured from activities not related to football.

Minor injuries can also put players on the injured reserve list, but they are to be taken off once they are cleared.

Due to COVID-19, teams were allowed to return as many players from the IR as they wanted, provided the player missed at least three weeks of games. The current roster rules have been in place since 2022.

What is the injured reserve in football?

The injured reserve is a list of players who are not on the active roster of their teams due to injury that will prevent them from playing for a long time. The technical name for this list is the Reserve/Injured List, but it is commonly referred to as the injured reserve or simply by the abbreviation “IR.”

How can players be removed from the injured reserve?