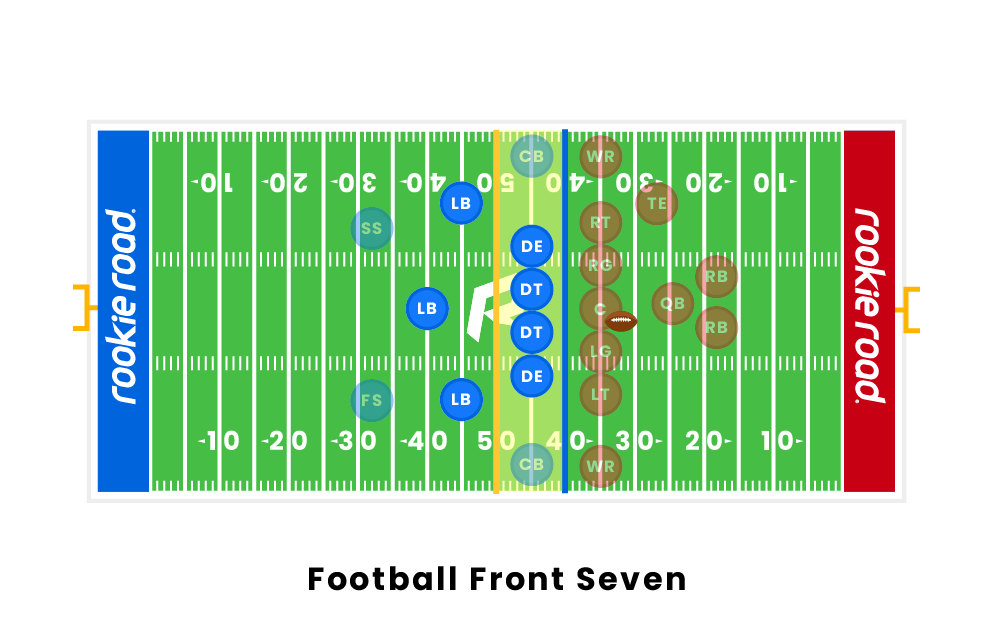 What Is the Front Seven in Football?

The “front seven” is a term in football used to describe the seven defensive players at or nearest to the line of scrimmage on each snap. The front seven consist of the defensive linemen and the linebackers. The front seven are normally the seven starting defenders, sometimes referred to as a “defensive dream team,” meaning that these players are the strongest defenders on the roster. They act as a “wall,” meaning that offensive players have a hard time getting through them to score.

The front seven have a few different roles depending on the play. Their main goal is to make tackles and block passes. In some situations, linebackers have to drop back into their respective zones for zone coverage. Typically each defensive member covers an opponent, but the game plan can change depending on the other team’s formation.