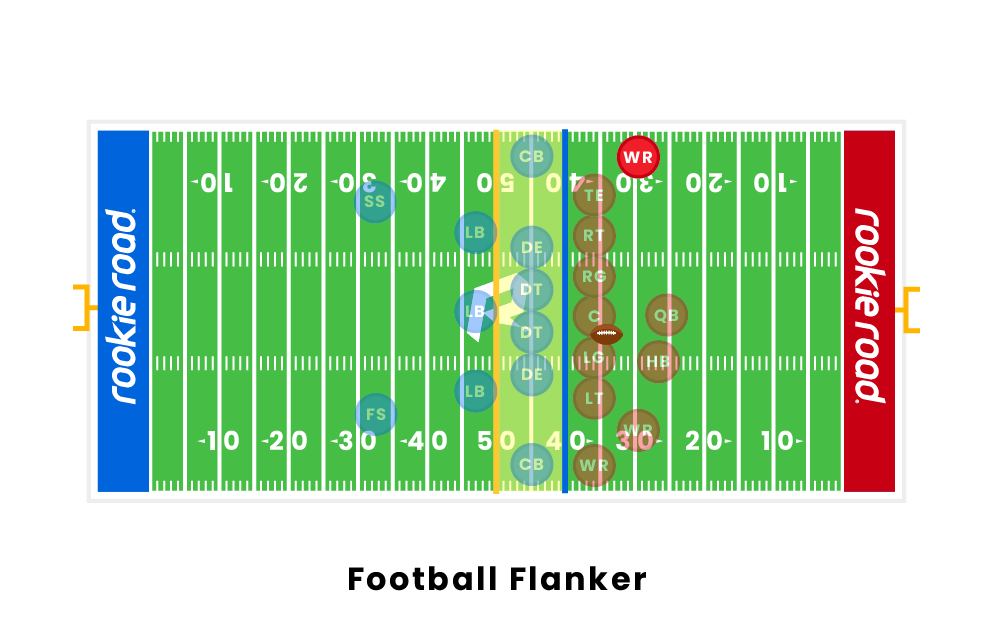 What is a Flanker in Football?

In football, a flanker is a type of wide receiver that lines up behind the line of scrimmage by a few yards. Usually, the flanker will line up on the same side as the opposing team’s tight end (the strong side) and the opposite side of the defense’s split end (the weak side), with a gap between them and the rest of the offense. The name flanker is driven from the fact that this player is commonly positioned to the side area of the offense known as the flank. The flanker position is also commonly abbreviated as the FL or Z receiver.

The flanker uses his advantage of being further back from the line of scrimmage to gain a speed advantage and avoid being jammed up upon the snap. Flankers are usually quick and athletic players with good hands. This allows for them to catch a high number of passes throughout the game.

What are the wide receiver positions in football?

What is the Z position in football?

In football, the Z position is an abbreviation for the flanker. It is used alongside the abbreviation FL to refer to flankers on play designs and on televised graphics describing player positions.