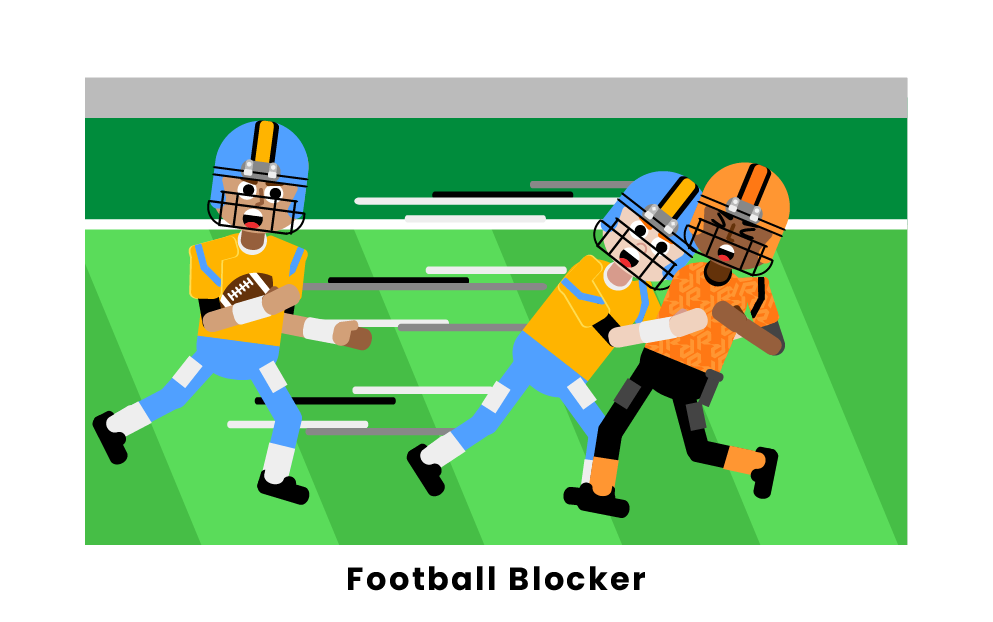 What Is a Blocker in Football?

Which Players Block in Football?

Every player on the offensive side of the field technically counts as a blocker, but there are some positions which block more than others. These positions are typically part of the offensive line, and are involved in protecting the quarterback or runners.

Blocker positions in football include:

In addition to these players, even running backs and quarterbacks can block when necessary. In football, blocking is not confined to any one offensive player. Every offensive position needs to pitch in to block effectively and open up lanes for the ball carrier.

Blocking in football requires the blocking players to run into each other with force and prevent other players from making forward progress towards the ball carrier. Blockers use their arms and bodies to push defenders in the opposite direction. This is one of the main reasons that players wear helmets because collisions are a direct result of blocking, so the helmets help to alleviate some of the effects that can come from colliding.

Every blocking position requires its players to be large, fast, and strong. The most important skills for a blocker to have are blocking and tackling.

Many blockers employ a three-point stance before going for a block. This is a bent position with one hand in front of them for balance. Blocking is generally performed as a pushing motion. Blockers must be careful to keep their arms within an opponent’s armpit line and not grab with their hands or they will be called for holding.

What Things Do Blockers Need to Avoid in Football?

While blocking is a vital part of football, there are a few things blockers need to avoid when executing blocks on offensive plays. 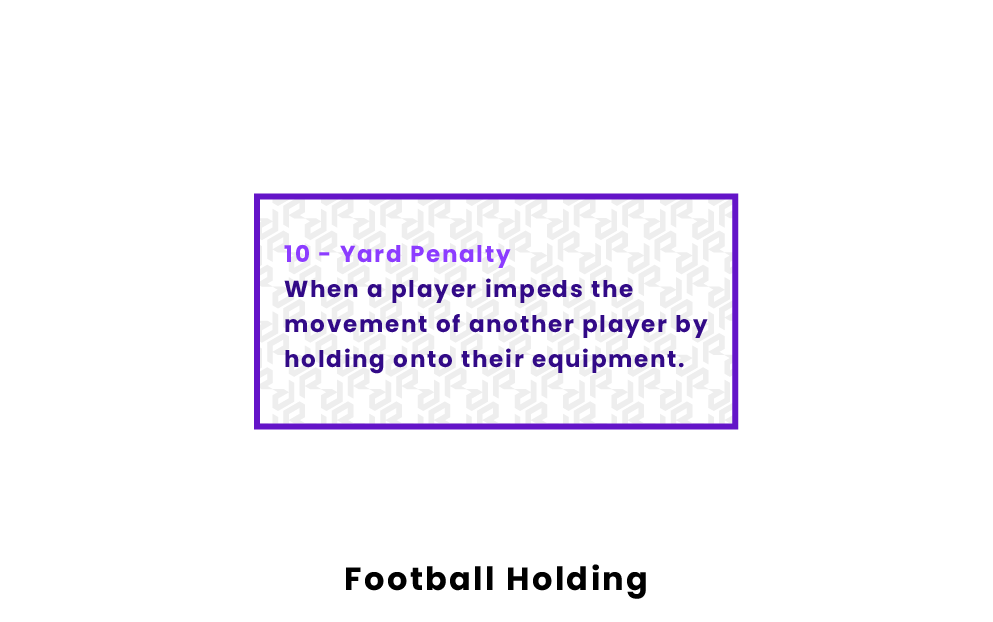 Holding is a penalty in football assessed against a player that holds on to an opposing player with their hands, preventing their movement. Holding is not a legal block and results in a loss of 10 yards. Blockers must be careful not to grab the jersey of an opposing player, or they risk getting called for holding.

In addition to holding penalties, there are multiple other penalties blockers must avoid, including certain illegal blocking techniques.

One common type of illegal block is the chop block, which is when an offensive player blocks a defender below the thigh while he is in the middle of engaging with another offensive player. A chop block will result in a 15-yard penalty, which can be crucial for the defense and devastating to an offensive drive.

Clipping is another type of illegal block in which an offensive player blocks a defender from behind and either at or below the waist. This also results in a loss of 15 yards.

A third type of illegal block is the illegal blindside block, where a player blocks someone who is not looking at them, catching them off-guard. Because this can be extremely dangerous, it is absolutely forbidden, and also results in a 15-yard penalty.

There are many other types of illegal blocks in football, including:

What plays use blockers in football?

Every offensive play uses blockers in football. This includes kicking plays. Blockers are essential to protecting key ball-handling players like quarterbacks, kickers, running backs, and receivers. Blockers clear a path for moving the ball downfield and prevent sacks and tackles. They perform an essential protective function in any offensive football play.

What is a block in football?

In football, a block is when an offensive player prevents the forward motion of a defensive player through physical contact. There are many ways to block, but most involve striking the defender’s torso with the blocker’s upper body. Blockers may legally put their arms at a defender’s side to restrain them, but they may not grab or pull any part of their body or uniform.