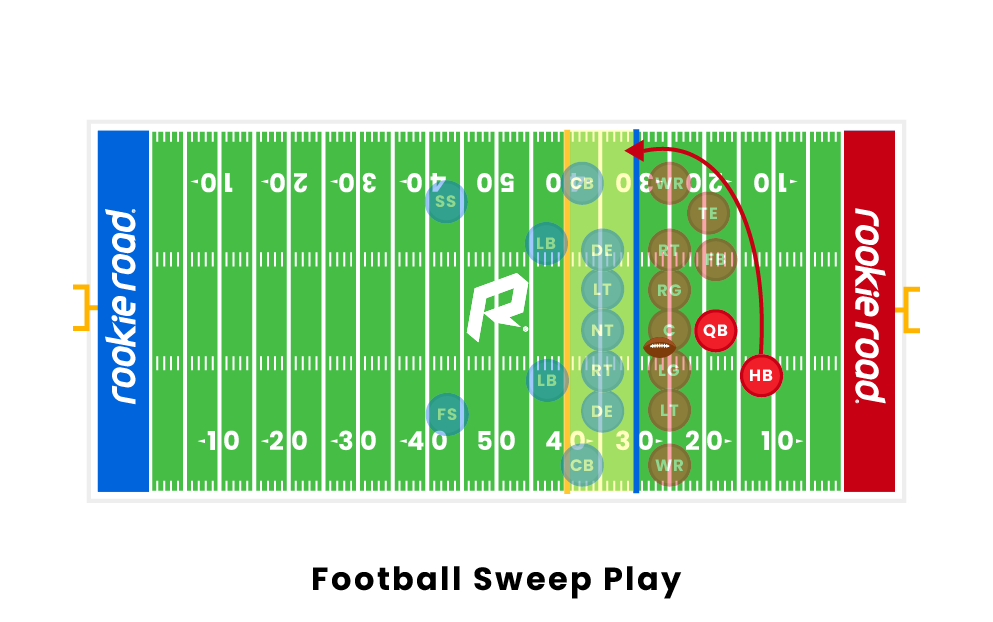 What is a Sweep in Football?

The play gets the name from the sweeping arch the running back makes while running the route of the play. It is a fairly common play in most playbooks, but is most closely associated with the spread offense. There are variations of the sweep play that can be run. Popular variants include: the pitch sweep, the jet sweep, and the fly sweep.

The jet sweep and fly sweep are both risky plays that usually involve a wide receiver carrying the ball rather than the running back. In these sets, the quarterback stands in the shotgun formation with the running back beside them. A third player, either a fullback or wide receiver, will rush parallel to the line of scrimmage and receive the ball from the quarterback after the snap, and continue rushing. These plays are very risky and can lead to big losses.