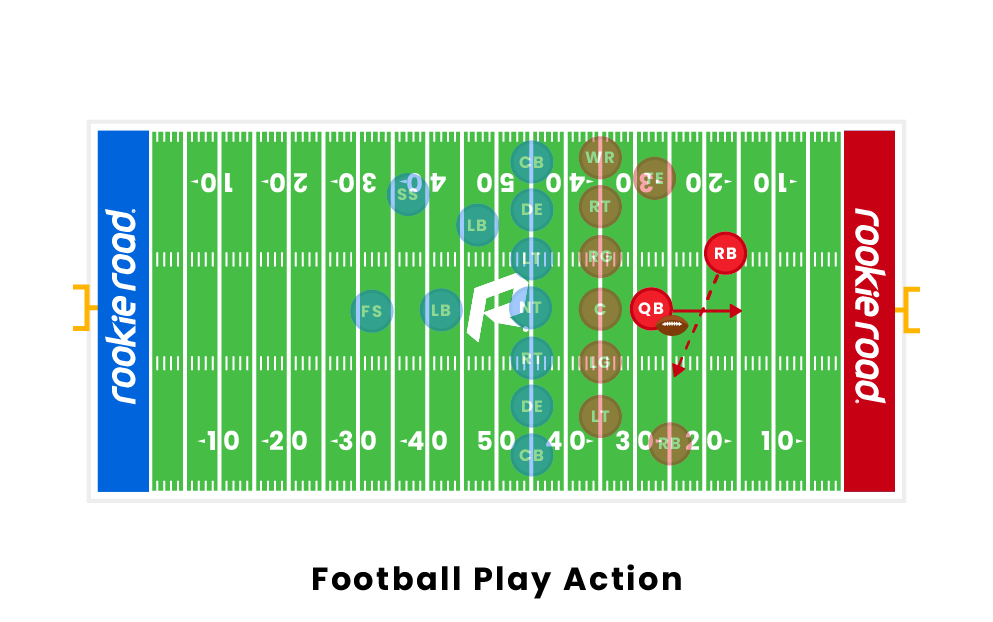 What is Play Action in Football?

A play action fake, also known as a play-action pass, is a type of play in football where the quarterback fakes a handoff to the running back and then throws the football to a receiver. Play action is one of the best ways to keep the defense off guard, as a good fake fools the defense into thinking a running play is developing and causes the defenders to be out of position momentarily. This gives the receivers a better chance of getting open and catching a pass from the quarterback.

When to Use Play Action

Play action fakes are most effective when they are used outside of an obvious passing situation. For example, if it is third or fourth down and the offense needs 10 or more yards, the defense knows that there is a high likelihood of the offense trying to complete a pass. On the other hand, if the offense needs only a few yards to secure a first down and keep possession of the ball, the defense is forced to honor a potential running play and a potential handoff becomes far more believable.

What is play action in football?

In football, play action is a type of play when a quarterback pretends to run the ball and then passes the ball to an open receiver. This is a great way to catch the defense off guard and gain significant yardage. This type of play is known interchangeably as a play action play, a play action fake, or a play-action pass.

When is play action used in football?

While play action passes can be run on any down, they are most effective in third and short situations. Since the offense only needs a few yards to gain a first down, the defense may think they will run the ball. This is where a good play action pass can expose the defense. If the defense is expecting a run and your team executes a good fake, it opens up lots of open space to pass the ball upfield.