A pass play in football is when the quarterback throws the ball from behind the line of scrimmage to an eligible receiver on the field. The quarterback can throw a:

A receiver is a player who is delegated to catch passes, called receptions. Receivers can be many positions including:

For a receiver to catch a pass, they must be eligible. There are certain rules that dictate who can be an eligible receiver, we'll discuss that later. 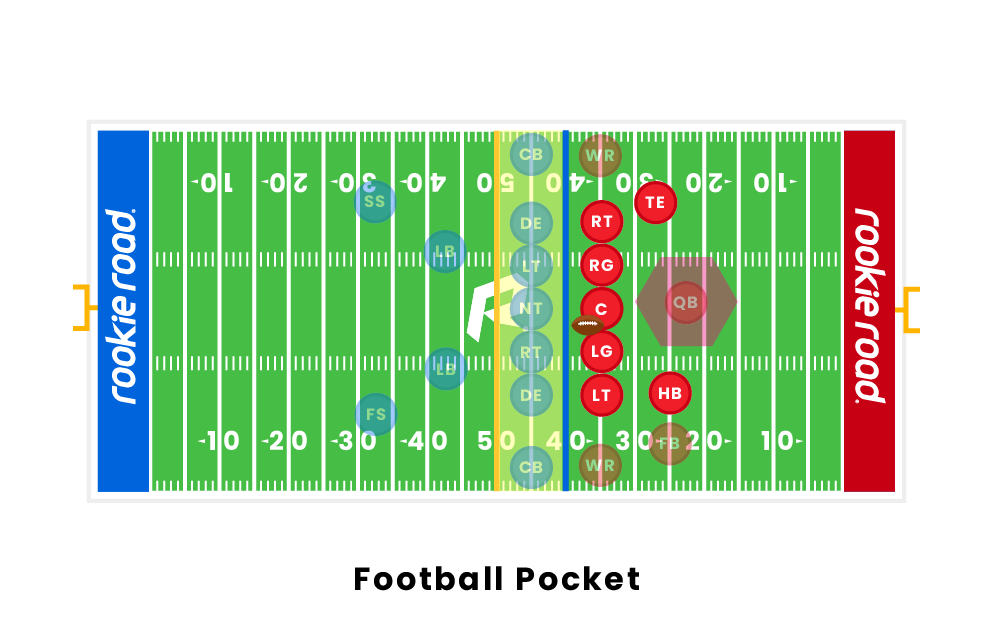 A backward pass, or often called a lateral pass, is when the ball is thrown to a player who is behind the passer. A backward pass can occur anywhere on the field and an infinite number of backward passes may occur during any play. If a backward pass hits the ground before reaching a receiver, the ball is still live and either team can recover it.

A completion is a pass that is caught by an eligible receiver.

If an official believes any of the above were violated, the pass will be ruled as an incompletion and the play will end.

An interception occurs when a pass is caught by a defensive player. This player may immediately begin returning the ball in an attempt to score a touchdown.