What is a Comeback Pass Pattern in Football?

The comeback pass pattern is a type of play that includes the quarterback and the receiver. It consists of the receiver darting hard down the field, anywhere between 10 and 25 yards, then quickly turning to face the football before catching it. This is a type of timing pass, where precision and placement are important for its success. The comeback route is typically on the sidelines, because the receiver can make a break for distance while many of the defenders are clogged in the middle of the field.

The comeback pass doesn't stand a chance without an extremely quick receiver. He has to avoid any defenders and also look for an open lane to charge down. The receiver must be quick on his feet and with his choices, because one step in the wrong spot could result in a fumble or an interception. The thrower, usually the quarterback, has to be a quick thinker, too. He throws the ball to an area before the receiver gets that, and to be successful in this he needs to think on his feet and visualize where he sees his team member ending up and at what time. This is a play that can easily fail if the defenders get into a space before the receiver does. 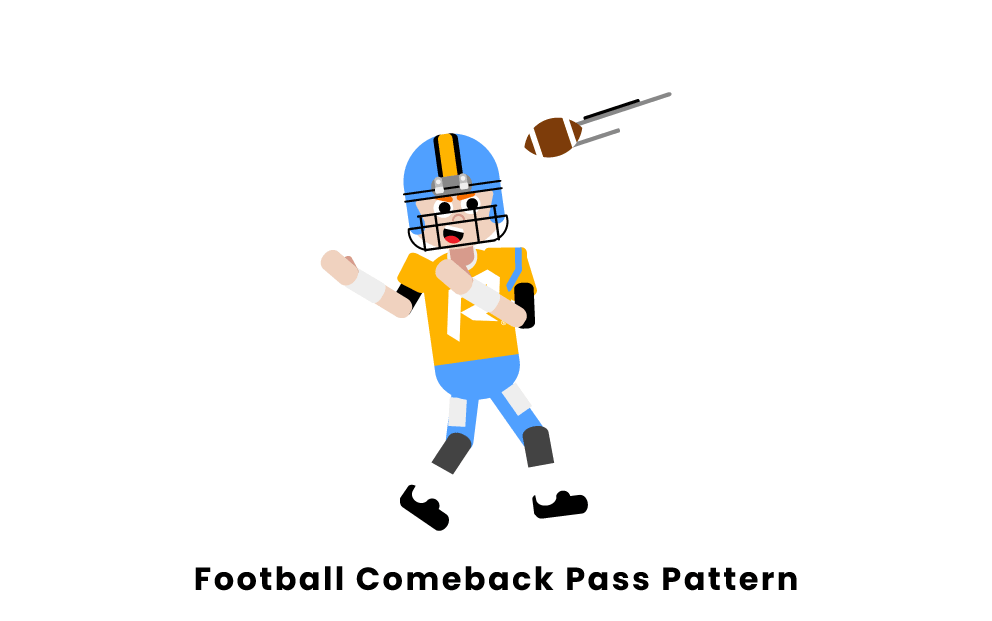