What is bomb in football?

A football bomb is a pass that is thrown by the quarterback in attempt to gain a large amount of yards in a few seconds. Bombs are usually thrown as a last resort option at the end of a quarter to score a touchdown, especially if the throwing team is losing. Bombs are not very successful and rarely used due to their failure rate. They usually are thrown out of bounds or unable to be caught by a player.

Football bombs can be beneficial in a time crunch. Though unlikely, they can result in a caught pass and even a touchdown. If the clock is running out and the quarterback is jammed up, throwing a bomb can take the pressure off of the quarterback and completely change the direction of the game.

Like we said before, bombs are not as successful as football players would hope. They can be thrown haphazardly and even intercepted by the other team. They should be thrown with little time left so the other team cannot counter and react if it's intercepted. Bombs can also injure players if many of them are going for the ball at once and collide. Throwing bombs can make a team look unprepared and desperate to their opponents and the fans. 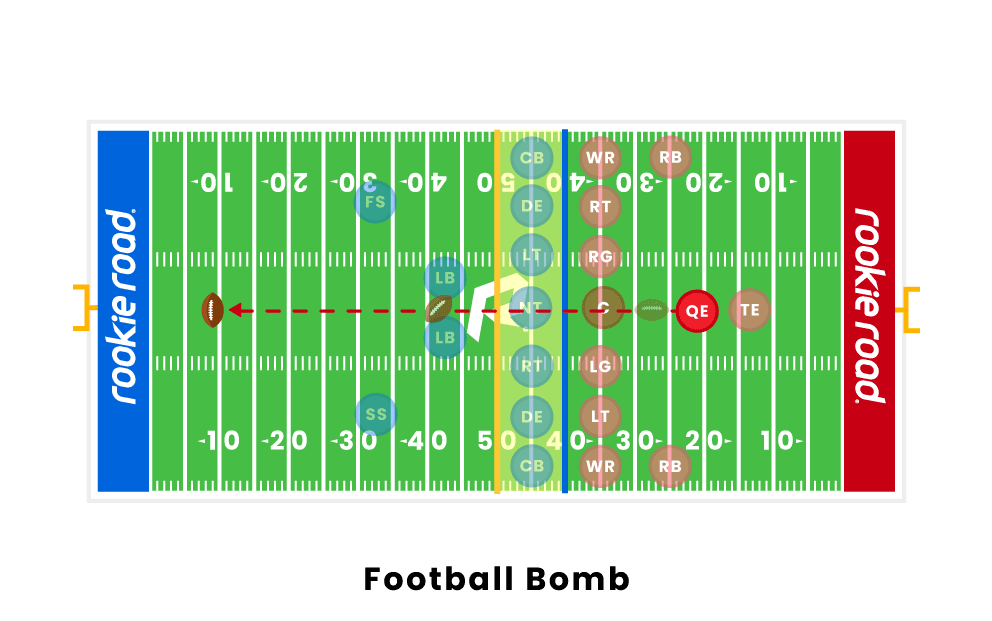