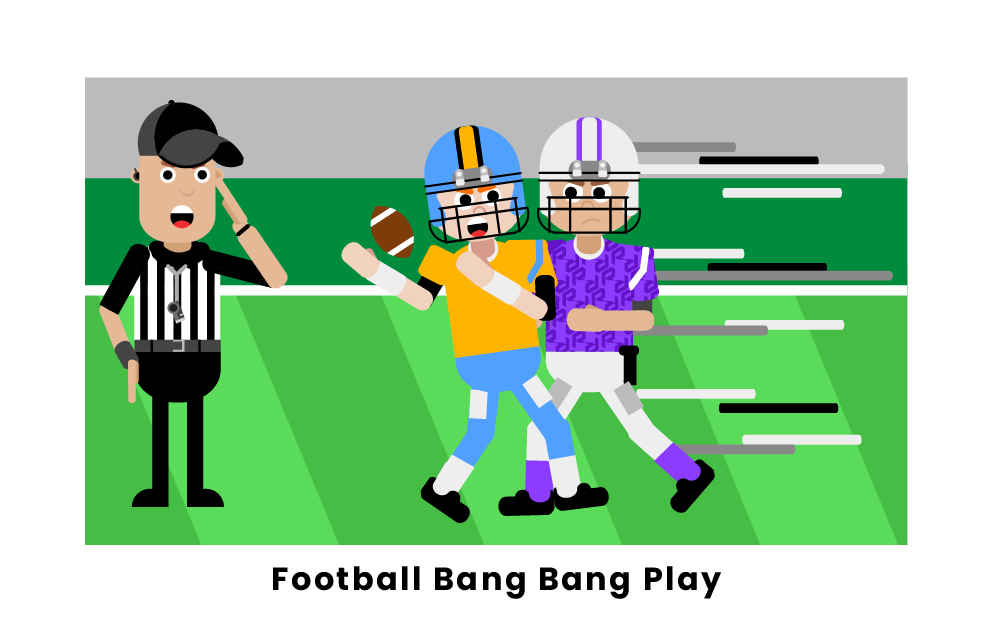 What is a Bang Bang Play in Football?

A “bang bang play” is a term for when multiple events occur at once or quickly in succession. It is a term that can be used to describe plays in various sports, including a number of scenarios in football. Since bang bang plays are used to describe a play that happens so quickly, they often lead to difficult calls being made and challenge flags being thrown to argue such calls.

A bang bang play can also refer to a play that is extremely close, meaning it could be ruled in multiple ways by the officials. An example of this is a player barely achieving a first down. If the player appears to reach the first down line, but the referee rules him short, this is a controversial play that could be referred to as a bang bang play since it could have gone either way.